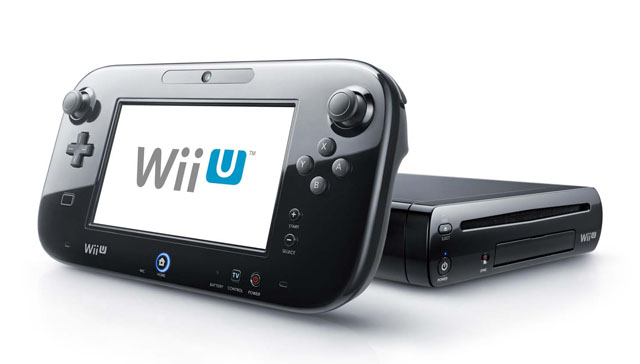 news Nintendo announced this morning that its new Wii U console would launch in Australia on 30 November this year, with several different pricing options available ranging from a “Basic Pack” at $349.95 to a “Premium Pack” containing a black model with more space for $429.95.

The Wii U is the company’s follow-up to its highly successful Wii console, of which Nintendo has sold several million in Australia since its launch at the end of 2006 in Australia. The console, Nintendo’s sixth console for the home, will feature 1080p high-definition graphics, addressing a common complaint about the Wii, which only supports standard definition graphics.

In addition, the Wii U will continue Nintendo’s tradition of innovating in the control systems which users use to control games, adding a new controller with an embedded touchscreen, which will allow players to continue gaming sessions by displaying a game on the controller’s touchscreen — even though their television may be off or being used for another purpose. The Wii U was first revealed in June 2011, and will be backwards compatible with Wii games.

It also comes as rival mobile platforms, such as Apple’s iOS, Google’s Android and Microsoft’s Windows Phone 7 systems are starting to attract significant amounts of investment from gaming firms keen to cash in on the wave of new smartphone purchases. Some handheld smartphone games — such as the Infinity Blade series — are starting to feature graphics comparable to those on offer through dedicated consoles.

This morning, Nintendo also unveiled the titles which would launch through the Wii U on launch day, ranging from a Wii U version of Nintendo’s New Super Mario Bros franchise, to a theme park game dubbed Nintendo Land, to soccer game FIFA 13, survival horror game ZombiU, 2D platform game Rayman Legends, the first person shooter Call of Duty: Black Ops II, and a special edition of Mass Effect 3. Monster Hunter 3 Ultimate will also be released for the Wii U by March 2013. A number of other games will also be available during the Wii U’s ‘launch window’, according to Nintendo, with popular titles such as Transformers, Ninja Gaiden, Darksiders 2, Assassin’s Creed III and Batman: Arkham City to be available.

Nintendo said with regard to the Wii U’s pricing in Australia:

“The Wii U Basic Pack at $349.95 features a Wii U console with 8GB internal storage and a Wii U GamePad, both in white. The Wii U Premium Pack at $429.95 contains a black Wii U console and Wii U GamePad, and with 32GB of internal storage provides more space for downloadable digital content. The Premium Pack also contains a stand for the GamePad and console, a charging cradle for the GamePad, a sensor bar and the Nintendo Land software. Both packs also feature an HDMI cable and AC adapters for console and GamePad. The Wii U Premium Pack also features a reward programme called Nintendo Network Premium that grants points for digital purchases in Nintendo eShop. Valued at around 10% of the original Nintendo eShop price, this credit can be used against future purchases once you reach a minimum of 500 points.”

Nintendo will be counting on the launch of the Wii U to revitalise its ailing financial performance, especially in Australia, where the company recently revealed that it lost 41 percent of its revenue in one year, as diminishing interest in the company’s aging Wii platforms and lacklustre launch of its 3DS handset console slugged the company’s finances hard.

opinion/analysis
Am I planning to buy a Wii U, personally? Hell, no. Virtually all of the games available on the Wii U are already available for the Xbox 360 and PlayStation 3, and I already own an Xbox and am about to buy a PlayStation 3 to play a number of platform-specific titles such as Demon’s Souls and Shadow of the Collossus. Our household does own a Wii, but it’s literally sitting on the bookshelf collecting dust at this point. I think I am typical of quite a lot of Australian gamers in that I would only invest in a Wii U if there were one or more awesome Zelda games which came out for it, as well as few other Nintendo-only titles — perhaps some Mario content in 3D, or Metroid? I don’t know.

Anyway, at this stage it’s unlikely. And as someone who’s owned virtually every Nintendo console ever released over the years, I think my personal situation is probably the problem facing Nintendo with respect to much of the rest of the market. I am a pretty typical gamer. Of course, there’s always the old folk nursing homes, which have proven avid buyers of the Wii …