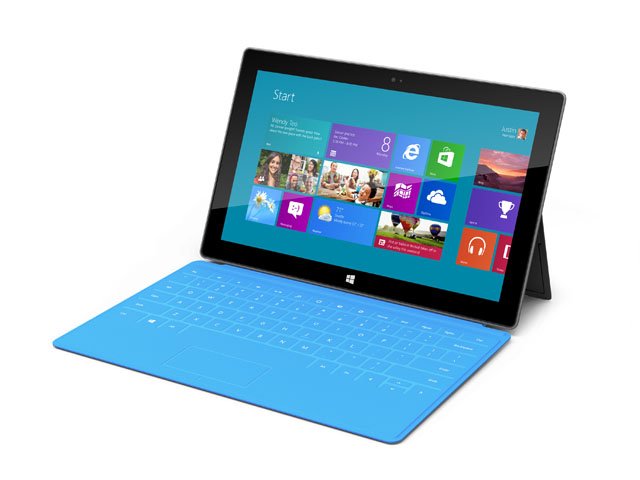 blog When it comes to tablets in the enterprise, Apple’s iPad is currently the market leader. In fact, we’d suggest that you’d be hard-pressed to find many people working in large organisations in Australia using a tablet which wasn’t the iPad — that’s just how poorly rival tablets from Research in Motion and the cadre of Android manufacturers (including Lenovo) have been adopted in corporate Australia.

However, according to a poll ZDNet Australia has conducted of some local chief information officers (we recommend you click here for the full article), that may be about to change with the launch of Microsoft’s new Surface tablet running Windows 8. ZDNet reports:

“BUPA Aged Care CIO Paul Berryman pointed to the fact that the tablet should work better with existing enterprise systems than the iPad, saying that Apple hasn’t yet provided adequate enterprise management features.”

Over the past several months a number of major Australian enterprises have revealed a switch to Microsoft’s Windows Phone 7 platform running on Nokia’s Lumia range of handsets. In late June, for example, Australian iron ore group Fortescue metals declined to comment on an unverified rumour that the company has recently deployed over 600 new staff smartphones, allegedly swapping out its existing BlackBerry fleet in the latest corporate switch to Microsoft’s rival Windows Phone 7 ecosystem.

In late May, the Australian division of tyre manufacturer Bridgestone has also picked Nokia’s Windows Phone 7-based Lumia 800 smartphone as its platform of choice for its corporate smartphone fleet, and CommBank is similarly considering a move to the Nokia Lumia platform. Nokia has also revealed that construction firm Buildcorp has deployed some 150 new staff mobile phones in the Finnish smartphone vendor’s Lumia line.

When it comes to the enterprise, Microsoft’s Exchange/Office/Sharepoint/Lync/Windows Server/etc ecosystem is just so all-pervasive. We’d suggest many CIOs will see smartphones and tablets as just another logical extension of the Microsoft platform and deploy Microsoft devices accordingly. Thoughts?