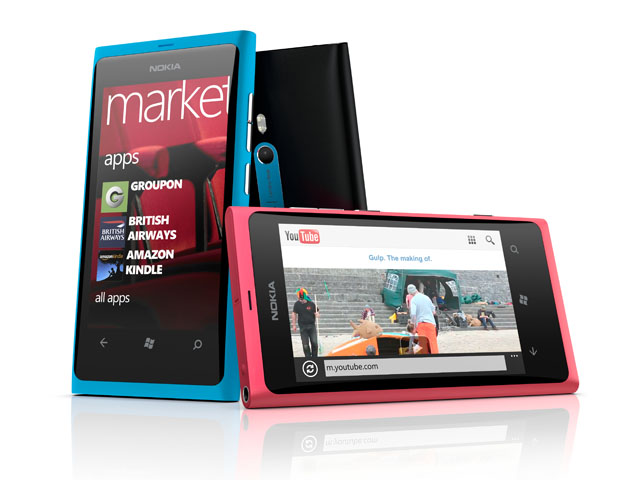 news The Australian division of tyre manufacturer Bridgestone has picked Nokia’s Windows Phone7-based Lumia 800 smartphone as its platform of choice for its corporate smartphone fleet, with the Finnish company beating rival offerings from the likes of Research in Motion, Apple and Google to the work.

If you go back a few years in Australia’s private and public sectors, Research in Motion’s Blackberry platform had become the defacto standard for corporate smartphone usage. Due in part to the company’s strong back-end integration with corporate email platforms such as Microsoft Exchange, the Blackberry became ubiquitous in Australia’s corporate sphere.

In the latter years of RIM’s corporate dominance, Microsoft had mounted a strong challenge to the company’s position with its Windows Mobile platform. However, after Apple launched its ground-breaking iPhone in 2007, it appeared as if the Microsoft option had lost on the chance to win the next salvo in the corporate smartphone war, with Apple and Google currently carving up the smartphone market between them and making a great deal of headway into the enterprise.

In this context, Bridgestone’s deployment of some 140 of Nokia’s Lumia 800 devices — revealed for the first time last week at the Australian launch of the handset’s successor, the Lumia 900, comes as something of an anomaly. According to Bridgestone’s group IT manager Scott Baxter, however, the decision to upgrade the company’s fleet to the Lumia line made perfect sense.

“Previously there were multiple devices in use across a range of platforms, but we struggled to meet differing workforce needs,” Baxter said in a statement issued this week. “Sales staff wanted easy email access on-the-go, while senior managers were looking for better integration with key business apps and a device that bridged their work and personal lives.”

“There was a strong business case for the Nokia Lumia 800. It gives us the best of both worlds – seamless integration with familiar business tools, such as Outlook, Internet Explorer, Word, Excel and PowerPoint, as well as exceptional design and build quality … There is also significant productivity benefit. We are receiving less support enquiries and our sales team are saving time because they can now perform their core business functions from practically anywhere.”

Microsoft’s Office suite is not currently available for rival platforms such as Apple’s iOS or Google’s Android operating systems, but persistent reports have hinted at an Office offering for the iPad at least. In addition, broadly compatible alternative suites do exist for the platforms. However, according to Baxter, it wasn’t just the Microsoft apps that sold Bridgestone on the Lumia phones.

And remote device management was also an issue. Both Apple and Google — as well as third-party developers — have made strides in this area over the past few years, but the pair still do not yet have a reputation for having the same level of remote administration tools which the platforms of RIM and Microsoft enjoy.

“With Microsoft ActiveSync, we can apply policies that make all the devices secure and stable,” said Baxter. “For example, we can activate lock-downs, do remote wipes and control password protection very easily, plus having one platform to manage is much simpler.”

According to Nokia Australia managing director Chris Carr, the Lumia line is seeing strong interest from the broader community. “We are seeing real momentum for our Nokia Lumia smartphones among consumers and business users since launching the Nokia Lumia 800 and Lumia 710 in March, as well as increasing developer interest and exponential growth in our ecosystem,” he said last week.

opinion/analysis
Perhaps I shouldn’t be, given Microsoft’s ongoing dominance of the enterprise IT scene, but I am really surprised by Bridgestone’s decision to go with Windows Phone 7 for its corporate smartphone fleet. I would have assumed that, by now, Apple’s iPhone devices would have become the defacto corporate smartphone platform, given the company’s massive developer and app ecosystem (including a dominance of the enterprise IT app integration scene), the fact that business users are very familiar with the platform from their consumer lives and the ever-encroaching dominant of the iPad in corporate life.