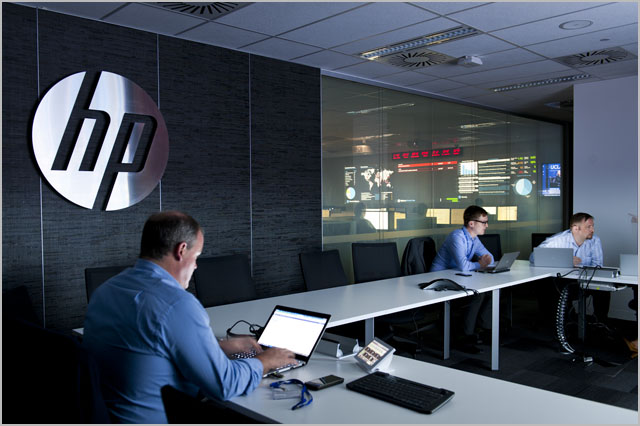 news Global technology giant HP yesterday announced it had created a new dedicated Security Operations Centre (SOC) in Sydney that will support the company’s managed security services platform and deal with customers located around the globe.

In a statement, HP said that IT security attacks were currently on the rise, threatening organisations with “some of the most sophisticated skills and technologies available”. However, the company said, research had shown that 35 percent of IT security professionals surveyed reported that they relied upon intuition or ‘gut feel’ to know if their organisation was under attack.

Some of the most significant forms of attacks, according to HP, were Distributed Denial of Services (DDoS) attacks, which disrupt user access to resources by overloading system bandwidth with access requests. Reported DDoS attacks rose 32 percent from 2012 to 2013, the company said, with more than 7,000 new DDoS attacks identified each day.

The new dedicated SOC in Sydney will deliver a range of HP Managed Security Services to help organisations extend capabilities, improve security posture, and reduce risk, while alleviating the burden on internal resources with better identification, faster response and quicker restoration of service. Services offered from the SOC in Sydney include HP Security Information and Event Management (SIEM) Services, which enable clients to augment in-house operational security management and monitoring with 24/7 security incident monitoring and response.

“Cyber security threats are growing exponentially, especially throughout the Asia Pacific region, and without a comprehensive risk management strategy their enterprise assets, infrastructure and reputation are at risk,” said Nick Wilson, managing director, HP South Pacific. “Through our dedicated Security Operations Centre, HP offers enterprises a sustainable approach coupled with modern security technologies that will provide clients with the security intelligence they need.”

“As threats continue to intensify, security can no longer be a guessing game—with reputation and shareholder value at stake, the business risk is far too significant,” said Arthur Wong, senior vice president and general manager, Enterprise Security Services, HP. “With its extensive security services offerings, HP is committed to providing organisations the security intelligence to more effectively address the threat landscape with actionable, informed decisions.”

The news comes as HP has recently been active in constructing other facilities in Sydney. In June 2012, for instance, the company opened a colossal $119 million new datacentre in Western Sydney, revealing that it had dubbed the new facility “Aurora”.

Details of the facility were revealed in February 2011. At that stage, the project was to involve a building cost of $119 million as part of HP’s US$1 billion transformation to retire legacy assets and build new facilities. The new facility will occupy an area of more than 130,000 square metres and was previously expected to be fully operational by the end of 2011.