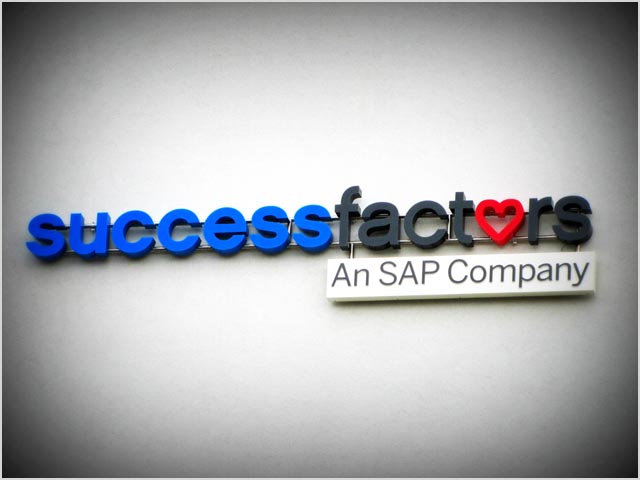 news SAP subsidiary SuccessFactors has opened a datacentre located in Australia from which it will sell its software as a service-based human resource management and business execution software to local customers, in one of the first known deployments of such dedicated Australian infrastructure by a global SaaS vendor.

In a statement issued this morning, the company said it “today announced the opening of its new datacentre in Australia as part of its commitment to the market and the Asia-Pacific region.” The facility will be located in Sydney and is a certified facility under the Federal Government’s purchasing guidelines, as well as adhering to relevant ISO standards.

“The Sydney datacentre will host the full SuccessFactors Business Execution (BizX) suite, including Jam, Workforce Planning, Workforce Analytics, Performance & Goals, Employee Central, Recruiting Management, Succession & Development, Compensation Management and Learning Management, which will all be delivered locally in the Australian cloud to clients throughout the Asia Pacific region – the fastest growing region for SuccessFactors globally,” the company said. “With demand for cloud-based solutions growing quickly, SuccessFactors is keen to fully expand into the market and maximise its local presence.”

“The new datacentre opening comes at a perfect time as it is designed to meet the rapidly growing hosting demands of the Australian government and local businesses customers,” said Murray Sargant, SuccessFactors vice president, Asia Pacific. “We have a very strong presence in Sydney, Canberra, Melbourne and Brisbane, so many of our customers will find it helpful to have access to a datacentre which offers premium support and optimal reliability in the country. We are committed to advancing Australia as a cloud computing hub for the region and we are very excited about the growth potential the datacentre will bring to the APAC market.”

The rollout of dedicated Australian datacentre infrastructure by SuccessFactors is a rarity in the SaaS market. Companies such as Microsoft, Salesforce.com, SAP, Google and Netsuite, which all sell SaaS-based enterprise IT services into Australia, do so from datacentres located in other countries such as Singapore, Hong Kong and the US, and have repeatedly declined to build local infrastructure.

The lack of on-shore IT infrastructure is particularly seen as limiting the ability of the public and financial services sectors — which are both large consumers of IT services in Australia — from deploying SaaS-style solutions. The issue has been repeatedly debated over the past several years.

In May 2011, for example, Victoria’s privacy commissioner issued a stark warning to government agencies about the use of cloud computing, warning that it may be “impossible” to protect personal information held about Australians when it was located offshore — or even just outside Victoria.

And in April this year, the United States’ global trade representative strongly criticised a perceived preference on the part of large Australian organisations for hosting their data on-shore in Australia, claiming it created a significant trade barrier for US technology firms and was based on a misinterpretation of the US Patriot Act.

However, where companies have deployed on-shore solutions, they have often been a success. In January this year, Oracle announced that various top Australian public and private sector entities had implemented its CRM On Demand software as a service suite, which has an Australia-hosted version, unlike many of its rivals.

Local customers who have been provisioned in the local datacentre on the Oracle CRM On Demand platform include the Victorian Department of Human Services, NSW government agency NSW Businesslink, NBN Co, AJ Lucas and Suncorp. In September 2011, Oracle had announced the rollout of the CRM On Demand platform for Telstra Wholesale. Telstra had elaborated then that it had chosen Oracle CRM On Demand because of its easy integration with the company’s existing IT infrastructure, such as Oracle’s Siebel software that helps manage billing for Telstra’s retail customers.

opinion/analysis
It’s fantastic to see SuccessFactors open an Australian datacentre; I welcome the move and I congratulate SuccessFactors on sailing against the conventional wisdom in this area. I can really only view this as a move stemming from the extreme reluctance which Australian government departments have in using offshore options. The public sector would be a key target for SuccessFactors, and it’s hard to see how the organisation would have gotten much traction in that segment of the market without local hosting.

Some will see SuccessFactor’s move as a limited test which could lead to a similar local rollout by SAP, and it’s true that the company has been considering the issue recently. But I would be cautious about making this kind of assumption. SuccessFactors has remained quite separate from the rest of the SAP business, and as I’ve previously written, the argument from SAP’s management would be that Australian customers can already buy hosted SAP services from partners such as Fujitsu and Oxygen. SAP tends to be quite a rigid organisation at times, and I would be very surprised to see the company push hard into on-shore SaaS any time soon.