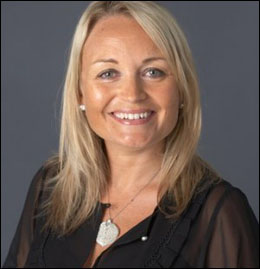 news Former Google executive Kate Vale has been appointed Sales Director, ANZ of Spotify, a popular music streaming company that is believed to be planning to launch its services in Australia and New Zealand.

UK-based Spotify was founded in Sweden by Daniel Ek and Martin Lorentzon. With major labels like EMI, Sony, Universal and Warner Music Group on its roster, the company offers unlimited access to their catalogue of 15 million songs for a low monthly fee. Spotify recently had a much-publicised launch in the US through a tie-up with Facebook.

As Google’s Head of Sales and Operations, Vale was the company’s first Australian employee in 2002. She took over its YouTube portfolio in April 2009, but moved within 18 months as Director of Loopster Media, a company that specializes in brand building on Facebook.

In Oct 2010, Vale had exited Google along with another high profile colleague Lars Rasmussen, co-founder of Wave and Google Maps. Google in a statement had said, “Kate Vale has decided to take on new challenges and a new career direction outside of Google – we wish her all the best, and thank her for her enormous contribution in building Google Australia.”

Vale’s appointment — outed on her LinkedIn profile and first reported by Mumbrella — is believed to signal an imminent Australian launch even though the company has been non-committal as to specifics. Spotify’s local hiring spree started in October, with its website listing the position of a Sydney-based Account Manager to liaise with the company’s label partners.

Mumbrella reported that although the company has recently negotiated deals with carriers and Internet Service Providers (ISPs), a definitive date has yet to be set for the Australian launch. Interestingly, in a statement as late as July this year, a spokesperson for Spotify had said, “We have long term plans to be available in every country. We know just how passionate Australian music fans are but we don’t have any immediate plans to launch there.”

Spotify launched its European operations in October 2008 and is currently available in seven countries. The lack of a global presence has led to several online guides becoming available to enable fans to access the service through technologies like virtual private networks.

opinion/analysis
Kate Vale did a great job of launching Google Australia and building it to the point where the search giant has a major engineering, as well as commercial centre down under. She subsequently did much to build the YouTube brand commercially in Australia. Following her departure from Google, which fit well with her personality — she’s more of an entrepreneur than a lifer type person — I’ve been wondering where she would go next. Spotify is the perfect company for her; it’s young but very innovative and growing the same way Google did when it was young. It looks like Vale will get to repeat her Google experience afresh.

Kudos to Vale as well — she does appear to have a knack for picking up awesome jobs ;)