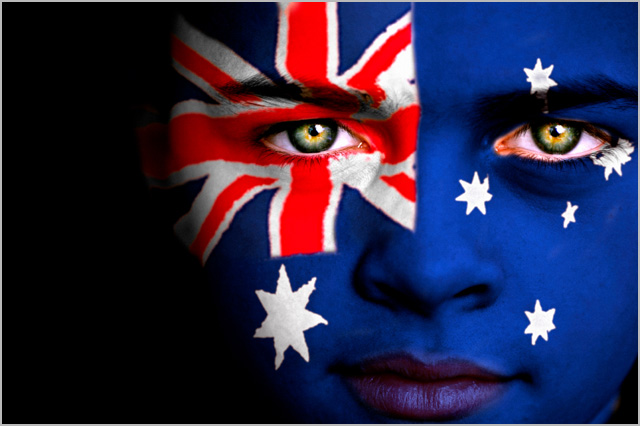 opinion The Federal Government should hold a non-constitutional referendum during the next Federal Election on whether Labor’s National Broadband Network should go ahead, in order to settle the long-term fate of this important decade-long infrastructure project once and for all and end the incessant political bickering around it.

In October 1916, as things were beginning to get particularly bogged down in World War I, the Australian Government held its first non-constitutional referendum, an action which is usually, in Australia, described as a plebiscite. The question, according to Wikipedia, was as follows:

At the time, things were getting a little hairy for the Allies. It would be some months before the United States declared war on Germany, and the famous engagement at Gallipoli the year before had resulted in some very tough times for the Allied countries involved, especially Australia, which for a small country which had travelled halfway around the world to back its British allies had suffered heavy casualties for our short military history — some 8,700 soldiers lost.

With this in mind, the Federal Government of the day had sought to increase its military resources overseas through requiring Australian citizens to serve, gaining a local mandate for the act through a non-binding poll of the Australian population. Unfortunately for the Government of the day, the population voted narrowly against the idea. However, as the war ramped up in 1917, it tried again in December that year, again seeking to bolster Australia’s military forces through conscription. The question, which was also rejected by the Australian population, was:

“Are you in favour of the proposal of the Commonwealth Government for reinforcing the Australian Imperial Force overseas?”

Sixty years later, Malcolm Fraser’s Liberal/Country Party Government held Australia’s third — and last — plebiscite. The question this time had no relation to military service, but again it related to national issues — in fact, one of the very planks of Australia’s national identity, the national anthem. The statement at the time gave Australians a chance to choose a national song to be played on occasions other than certain official ‘regal’ occasions. The options were God Save the Queen (the then national anthem), Advance Australia Fair (which was overwhelmingly the most popular option, with 43.29% of the vote), Song of Australia and Waltzing Matilda.

Over the past century or so since Australia formed its union, the nation’s government of the day has seen fit to poll its citizens in this fashion on three separate occasions. The first two related to a national emergency — our engagement in a global war and the need to obtain sufficient military resources through conscription. The third was the weighty (hic) matter of what song Australians should sing on occasions when they weren’t forced to sing God Save the Queen.

Clearly, the construction of national telecommunications infrastructure in Australia is not as important as determining the fate of our participation in a war. However, also clearly, it is a significantly more weighty matter than the issue of what song we should sing on particular occasions. It seems obvious that the issue of the NBN falls somewhere in between these two extremes and thus could be worthy of a referendum.

But this doesn’t get to the heart of the reason why I believe a referendum would be useful when it comes to the NBN.

For the past four and a half years since Kevin Rudd’s Labor Government took power and started enacting its then-fledgling NBN policy, Australia’s political sphere has been constantly engulfed in incessant bickering on the issue of the NBN project. The debate has raged constantly, from the technology involved to the economics, from the precise pricing structure to be used to the involvement of Telstra. It has raged through Australia’s Federal and State Parliaments. It has raged in every media platform. It raged during the 2010 Federal Election, and it will rage during the next Federal Election, likely to be held in 2013 if the current Gillard Government can hold onto power for that long.

And yet no agreement has been found.

Just this week, Opposition Leader Tony Abbott savaged the policy and Communications Minister Stephen Conroy filed a vicious salvo at his opposite, Malcolm Turnbull. Every month or so, Turnbull makes a milestone speech slamming the NBN and every other month, Labor makes a landmark national announcement regarding it.

The two sides of politics remain locked in a bitter battle regarding the NBN; one which shows no sign of ceasing.

And yet this is not the type of project which can suffer the constant interruptions which Australia’s three-year electoral cycle enforces on our political system. Any investment in national telecommunications infrastructure on the scale of either the fibre to the home NBN, or the Opposition’s rival fibre to the node plan, must be made over the period of a decade or more. The nation simply cannot change its course on this matter every three years, or even every six years. To achieve any kind of stable telecommunications sector, the nation must commit to a policy on this matter for a decade.

And, on current measures, the likelihood is that it will stop. If the Coalition wins the upcoming Federal Election, it will stop the NBN in its tracks while it considers its next step. It will stop the fibre being rolled out, it will halt the execution of plans which have been years in the making. To many Australians, and to many people internationally, this is nothing short of a bad joke.

To avoid this absurdity occurring after the next Federal Election, I believe the current Labor Government should schedule a national non-constitutional referendum (a plebiscite) to be held during that election, on the following question:

“Are you in favour of the National Broadband Network project as envisioned by the Federal Government going ahead?”

Should the answer be “yes”, then the project should go ahead as it is, no matter what side of politics wins power. And, despite the historical trend for Australians to vote down questions in referendums, I believe there is ample evidence to suggest that answer would indeed be “yes”.

Limited polling has consistently shown that Australians are in favour of the NBN. The most recent public poll, taken by Essential Media in February, showed that overall, 56 percent of the country was in favour of the NBN, with only 25 percent opposing it. A further 19 percent didn’t know. In order for an Australian referendum to be voted up, a majority of Australians nationally must vote in favour of the proposal, as well as separate majorities in each of a majority of states (four out of six). On current polling, the NBN would be very likely to win such a double majority poll; given that almost all of the 19 percent currently undecided on the project would need to swing against the initiative, and some of those currently in favour would need to change their minds.

This is the kind of swing which we almost never see during elections; in fact during the recent Queensland State Election, the routed Labor Government only saw a swing against it of 15.61 percent. Worse would need to happen to the NBN ‘yes’ vote in a national referendum, and it’s hard to imagine that happening, given the popularity of the project and the lure of improved service delivery it promises.

Now, I’m not sure what effect such a referendum would have on the Federal Election. But I do know this: Right now, Labor’s NBN project is most likely the most important infrastructure project in Australia. The nation cannot afford to swing back and forth between competing policies for the next decade as the two sides of politics bicker over what path they are going to take every three years.

A non-constitutional referendum is a very clear and decisive way of letting the Australian public have its say on this important issue. And if it is proposed by the Federal Government, it would be a very courageous Opposition indeed which would try to block it.

If you agree with me that a non-constitutional referendum should be held on the NBN, I encourage to you make your views known. Write an article about this on your own site, contact your Member of Parliament, post this article on social media or comment stating that you agree. This is an important issue and I think we need to signal to our political representatives that we need a resolution. I myself will be contacting the various political parties over the next week to ask them if they will support an NBN referendum. And if they will not, given the billions of dollars and years of uncertainty at stake, I will be asking why.