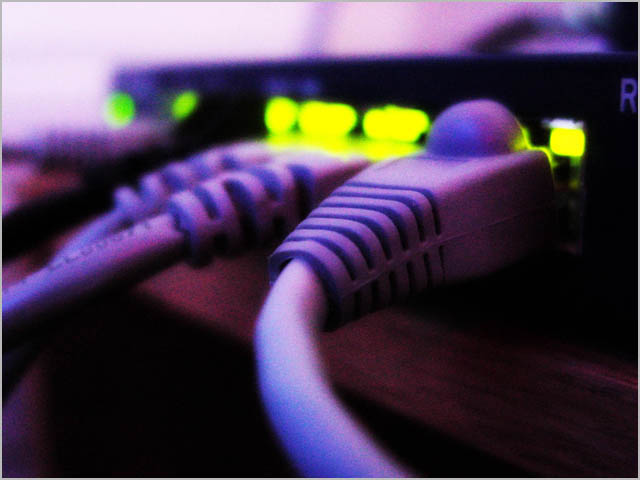 news National broadband provider Exetel has launched a terabyte ADSL broadband plan including a PSTN landline service for a total of $55 per month, in what is initially a limited “Anzac Special” offer lasting to the end of April.

In a post on his blog, the company’s chief executive Steve Waddington said the company’s current ‘Fair Use’ plans, which technically feature a quota limited only by the average of what customers download, had proved “pretty popular” since the company launched them at the same $55 price point in late March, although sales had not been as high as he thought. Waddington himself uses the plan for his home connection.

However, the executive noted, he could understand why “some people might be reluctant to buy a Fair Use plan”, because of the somewhat nebulous definition of ‘Fair Use’. In the fine print associated with the plans, Exetel notes that it regularly monitors average usage statistics of its users. “… if you are deemed by Exetel to be exceeding the average, Exetel will request that you reduce your usage,” Exetel’s terms state. “Persistent breaches of our Fair Residential Fair Use Policy may result in Exetel terminating your service.” Exetel has not extended the unlimited plans to its National Broadband Network pricing.

That average number, Waddington wrote, was “quite low, less than 100GB overall, and that is just not an appealing number, where legitimate use nowadays can see in three or four times that downloaded in a month”.

Consequently, he added, Exetel had launched an “Anzac Special” ADSL broadband plan with a bundled PSTN telephone line (the plan is broken up into a $35 charge for the broadband plan and a $20 line rental charge) with a dedicated terabyte of download quota for a total of $55 per month, the same cost as its fair use plans, “for people who want certainty in quota rather than certainty in excess usage charges”.

“The plan should be on the web site later today, and we will see how it runs to the end of April and decide if we want to extend it into May,” Waddington wrote on Tuesday.

Exetel has had a long-term on-again, off-again relationship with unlimited and high quota plans dating back most of a decade. In the earliest years of this decade, for example, before the onset of ADSL2+ speeds up to 24Mbps, Exetel offered a number of unlimited plans at various speeds. However, at one point it cut them, before reinstating them in December 2004. This was a pattern which the company would repeat over the years, with the most recent flirtation with the unlimited idea occurring in November last year, when then-Exetel CEO John Linton mooted the idea of bringing the plans back.

Following Linton’s untimely passing earlier this year, his business partner Steve Waddington has taken over the business. In March on his company blog, Waddington noted that Exetel had had “a sudden brain storm” with respect to Unlimited plans — which spurred the launch of the company’s initial ‘fair use’ plans.

opinion/analysis
I don’t expect these terabyte plans from Exetel to last long, so if you’re willing to put up with Exetel’s fickle nature, which often sees the company launch new broadband plans, only to retract them in a few months, then jump on board — you’re going to get better value for a terabyte plan from the ISP than you will from any of its other rivals at the moment, although of course you can also go for an unlimited plan for a similar or even cheaper charge from Dodo. I’m never quite clear on just how ‘unlimited’ such plans truly are, however; in Australia’s broadband industry, ‘unlimited’ often isn’t quite what people say it is ;) I like the fact that Exetel is guaranteeing a terabyte quota as a set amount. It sort of implies you are going to get the same quality on that plan as on any other broadband plan, while with unlimited a lot of people suspect that shaping and other limiting factors are going on behind the scenes.