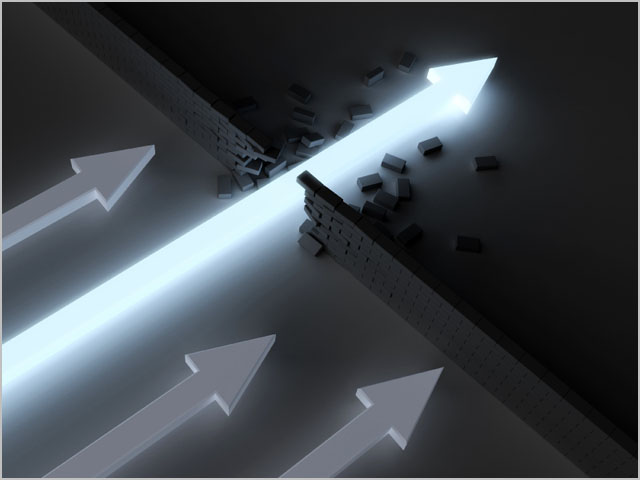 news Cut-rate broadband player Exetel is also considering offering the ‘unlimited’ plans which have become common for most of its competitors, for low prices starting from $54.95 a month — slightly cheaper than both TPG and Dodo. As a first step, the customer last week introduced a range of new plans with a higher 500GB quota.

The availability of high-end plans through Exetel has been the subject of some contention over the years. A week ago on his blog, Linton reminded readers that some two years ago, Exetel had started offering customers the style of plans with ‘unlimited’ quota which rival ISPs like TPG and Dodo have popularised in Australia. Exetel did so, he wrote, “just to see what such plans would produce in terms of longer term monthly usage” — although it eventually canned the plans and went back to more traditional offerings.

“When we had acquired a statistically meaningful number of customers we stopped offering unlimited plans to new users and allowed sufficient time to pass to get a better idea of what such users actually downloaded after the ‘novelty’ wore off,” the executive added. “After two years and some time to time check pointing across a fairly wide demographic of user types we have a much better idea of what unlimited download plans mean in terms of monthly bandwidth usage and changes over time.”

Since that time, Linton noted, the cost of underlying data transit costs have “dropped dramatically” — not just because of actual charges dropping, but because local caching repositories set up by companies like Google and Akamai in Australia have meant that almost half of all traffic comes from local servers — instead of from internationally.

Linton noted that this meant that if the average downloads by unlimited plan users were to stay the same in future as they had been for the past 12 months, then there would be very little cost difference between a user on one of those plans, and a user who downloads “a few gigabytes a month in percentage terms” on AAPT’s infrastructure, although the costs would change for customers on Optus’ infrastructure and even more so for those on Telstra Wholesale ports. Hence, unlimited plans could be reconsidered as they had become more “financially sensible”.

“So it poses some difficult questions in terms of what will be offered to residential ADSL2 users in 2012?” Linton wrote.

In a separate post on Exetel’s customer forum, an Exetel representative explicitly noted that the company was considering offering an ‘unlimited’ plan.

“Now we have some relatively solid facts, we are considering offering an unlimited download AAPT and perhaps Optus ADSL2 plan in the not too distant future which, because of the ongoing drop in IP costs, the increasing ‘hits’ on our Gogle and Akamai caches and the progressive fall in backhaul costs, from AAPT at least, we should be able to offer at $54.95 using Optus and $59.95 using AAPT (both prices including PSTN telephone line),” noted the poster.

One factor in the decision-making process was that they noted that almost no customers who had signed up for Exetel’s initial unlimited plans several years ago had migrated away to other providers in that time.

If Exetel did launch unlimited plans starting at $54.50 per month, the company’s pricing would at least equal and perhaps slightly better competitive prices offered by the major discount operators TPG and Dodo. Both ISPs currently offer ‘unlimited’ plans around the $60 mark, and have done so for some time.

As a first step, Exetel also appears to have radically overhauled its current ADSL2+ broadband plan structure, and will now offer customers a plan with a maximum data quota of 500GB. It’s not clear precisely what Exetel’s previous highest quota plans were. However, it now offers 500Gb plans for customers on the ADSL infrastructure provided by wholesale telcos AAPT and Optus, with prices ranging from $50 per month for customers on AAPT’s network and $39.50 for those using that of Optus.

“We introduced the second of a series of changes to our ADSL services late on Friday with 500GB options for both Optus and AAPT based plans,” wrote Linton on his blog yesterday. The company also recently introduced a low-end 20GB plan. It also offers what must be one of Australia’s cheapest plans of any variety — a $9.50 monthly plan which gets you 10GB of data.

“Both of these ‘innovations have seen immediate ‘take up’ and we will try and evaluate just what ‘impact’ they are having over the balance of November despite the fact that ‘buying patterns’ change quite considerably at this time of year,” Linton noted.

opinion/analysis
If Exetel were to re-enter the ‘unlimited’ broadband market in Australia, it would be quite an interesting move, for the sole reason that it would flag yet another major Australian ISP jumping across to the highly attractive side of the fence where customers simply do not need to worry about how much they download.

So far, more premium ISPs like iiNet, Internode, Optus and Telstra have eschewed ‘unlimited’ plans, deeming them too expensive. However, if Exetel can match the prices being offered by larger rivals Dodo and TPG, then why shouldn’t the other ISPs follow suit with their own unlimited plans? It doesn’t seem beyond the realms of possibility that an ISP like iiNet, with its massive scale, could slap a small premium on top of what the cut-rate companies are offering (say, an extra $20 or $30 a month for better customer service) and then offer unlimited plans.

It would be an interesting situation indeed if we could get to the point where most of Australia’s major ISPs are offering unlimited plans of one variety or another. This would certainly make for a higher peace of mind for customers, while simplifying service offerings for the ISPs themselves.