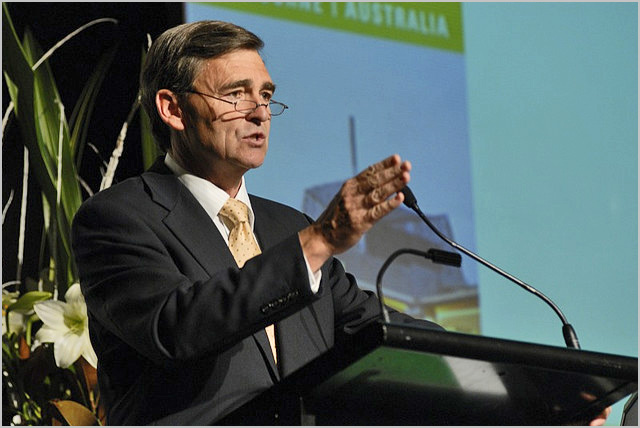 The following is an editorial by former Victorian Premier John Brumby, who is also a board director of Huawei Australia. It was first published in the Financial Review this morning and is re-published here with Huawei’s permission. It comes following the news that Huawei has been banned for national security reasons from tendering for National Broadband Network contracts.

opinion This week Treasurer Wayne Swan made a speech to the Australia-China Business Council where he asked if Australia would be ‘on the right side of history’ in the Asian Century. It is the question facing every Australian as our nation becomes increasingly interdependent – economically, culturally, and politically – with our Asian neighbours. But as Australia balances its policy settings around security, trade, economics, and more, it is critical that Australia fully appreciates the huge growth of innovation and research in the modern Chinese economy.

While China has much to gain from Australian R&D, it is equally true that Australia has much to gain from China’s innovation – and much to lose from missing out on the innovation China has to offer. As the Treasurer rightly noted in his speech, we are at a “contemporary defining moment” at the beginning of the Asian Century. To define Australia’s relationship with China as one based predominantly on resource exports would be to our nation’s great and lasting detriment. Opening up our respective economies to the free flow of new ideas, new technologies and new innovation would establish an unshakable foundation for our future growth.

As Australia’s economic prosperity becomes reliant on China’s rise, policy makers have to adjust to this new era of the modern China – the China that leads the world in wind energy, solar energy and new IT applications. This will take time as we try to cope with the size and pace of China’s evolution. But it would be a serious mistake indeed to think of China as simply a buyer of raw materials and a maker of goods.

It is beyond doubt that robust sales of natural resources to China has provided Australia with a solid foundation during the massive global downturn of the past three years. However, if the International Monetary Fund is correct and the world is teetering on the brink of a further recession, then it is unarguable that Australia’s best interests will be served by a more dynamic and more open trade and investment relationship with China.

In short, we need to take our relationship with China to the next level and in doing so take a less sceptical view of Chinese participation in Australia. For Australia to fully capitalise on the unprecedented opportunities offered by a stronger economic relationship with China, policymakers must incorporate into their thinking what China can bring to Australia.

Modern China is no longer just about cheap imports and buying Australian resources. The investment China has made in Research and Development has seen a dramatic growth in China’s ability to innovate and produce high-end specialised equipment and products. Huawei for example invests 10% of its annual revenues back into R&D, a sum of over US$3bn every year. That figure alone equates to around 10% of Australia’s total annual spend on R&D.

Yet despite the overwhelmingly positive role played by private companies like Huawei in the Australian community, some still view Chinese participation with scepticism – or even actively discourage it. I would argue that such a strategy puts more than just thousands of local jobs at risk – it puts the future of Australia’s own economy at risk. Policy makers are right to question the potential security implications of foreign investment from any nation, and China should be no different. However, if Australia falls for a one-size-fits-all policy approach to these important questions, it demonstrates a lack of understanding of what modern China offers to the Australian economy.

Huawei’s submission to the “Australia in the Asian Century” White Paper makes it clear that Australia has much to benefit from China’s innovation. “Barriers, placed through restrictive market and trade regulations or practices, reduce opportunities to gain maximum advantage of technologies and their benefits,” it notes.

Once the headlines have faded and the media cycle has moved on, Huawei is hopeful that there will still be an opportunity for us to play a future role in Australia’s broadband network. The NBN will take many years to deploy, and in the meantime we are fully committed to growing our business and we will continue to deliver the world’s best technology to our customers and the Australian population.

If we are to fully capitalise on the benefits of the Asian Century, we need to fully embrace Chinese innovation and R&D in exactly the same way we would with any other country. To do anything else would risk Australia not being ‘on the right side of history’.