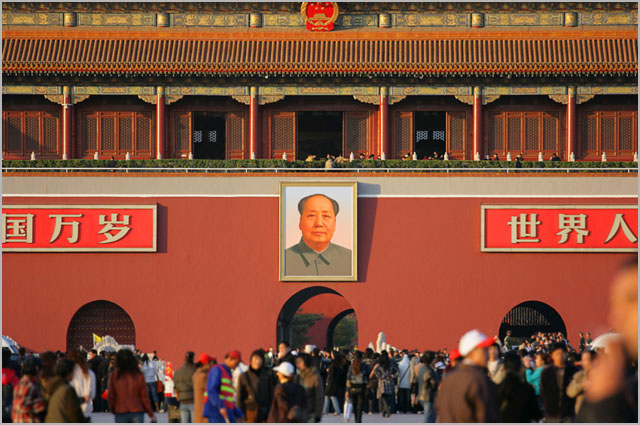 This article is by John Lee, Adjunct Associate Professor at the Centre for International Security Studies at University of Sydney. It first appeared on The Conversation and is replicated here with permission.

analysis In response to the Australian government’s decision to prevent Huawei from tendering for National Broadband Network projects, Huawei Australia went on the offensive. Former foreign minister and current board member Alexander Downer criticised the decision as absurd. Dismissing suspicions of Huawei’s links to the Chinese Communist Party (CCP) and People’s Liberation Army (PLA), the company’s local spokesman Jeremy Mitchell told the ABC Radio that the decision demonstrated “a lack of understanding of modern China”.

In fact, Huawei Australia’s local company men appear to have little idea of how China’s political economy, the Chinese telecommunications sector, or the Shenzhen-based parent company operates. Their strong response to the ban bring to mind the observation by the American author, Upton Sinclair jnr, that “it is difficult to get a man to understand something if his salary depends upon his not understanding it”. Fortunately, intelligence organisation ASIO and the Gillard government are not subject to the same constraints.

The technical aspects of how any cyber attack or data theft might take place, and whether it is possible to guard against it, is not the concern of this article. Even if it was possible to do so, Huawei Australia would still have access to the architectural blueprints of the NBN’s infrastructure, which brings up other issues of national security.

It is revealing that Beijing does not allow outside companies to have sophisticated architectural knowledge of its own networks. Huawei Australia is a subsidiary of the Chinese parent and is ultimately answerable to its Shenzhen base. This means that the key question is whether we can trust the claims that the parent company is completely independent from the Chinese regime.

This is where an accurate understanding of the contemporary Chinese political economy is important.

The first thing to note is that Huawei operates in what Beijing explicitly refers to as one of seven “strategic sectors”. Strategic sectors are those considered as core to the national and security interests of the state. In these sectors, the CCP ensures that “national champions” dominate through a combination of market protectionism, cheap loans, tax and subsidy programs, and diplomatic support in the case of offshore markets. Indeed, it is not possible to thrive in one of Chinese strategic sectors without regime largesse and approval.

Every large company operating in these strategic sectors are required to receive and implement political directives from the relevant ministries (in the case of telecommunications, the two most prominent would be the ministries of state security and commerce.) It is almost always the case that at least two of the three most senior positions within a “national champion” is also a CCP member. Although nominally a private company, Huawei is openly referred to as a “national champion” in official policy documents and speeches by senior officials and continues to receive many of the advantages. It would be unthinkable that Huawei would not be subject to the same expectations and constraints as other national champions.

Second, Huawei is a large and critical supplier of technologies and materials to the PLA. The PLA does not source such sensitive and important assets from companies that are truly independent from the regime. The fact that the CCP and PLA trust Huawei not to leak sensitive information and technologies to outside entities is strong indication that it considers Huawei “one of its own”.

Third, the need to simultaneously pursue political directives and commercial goals does not lend itself to high standards of corporate transparency since the mixing of business and politics does not generally occur in the light of day. Tellingly, Huawei Australia’s board and executive members do not even know, or else cannot reveal, the full list of the parent company’s executive union and extensive information on their backgrounds.

But when it comes to sensitive industries or deals, we have caught on to the fact that the CCP is the dominant player in the modern Chinese political economy. The regime is the ‘invisible hand’ that drives the economy. Every important sector – telecommunications, information technology, media, banking, finance, energy, shipping, construction and so forth – is characterised by extensive CCP involvement. Although far from a homogeneous entity, the 80-85 million CCP members own and control key sectors of the Chinese economy.

This, and not the carefully-crafted fantasy of a vibrant and independent private-sector driven economy, is the reality of modern China.