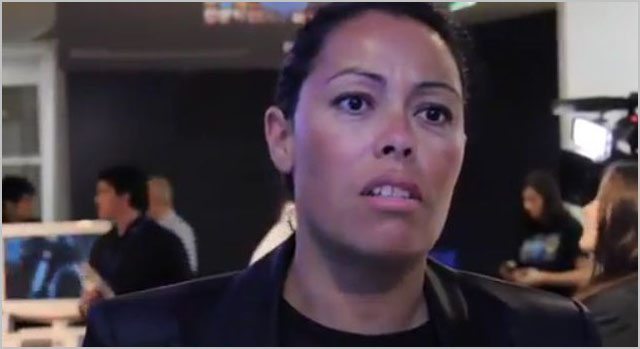 news The long-time leader of Research in Motion’s Australian division, Adele Beachley, has quit her post, leaving the company she has spent a decade at, as it continues to flounder in a market increasingly dominated by competing platforms from Apple and Google.

In a statement this afternoon, RIM confirmed Beachley’s departure, after the story was initially broken by another local media outlet. “Adele Beachley has resigned as Managing Director for Australia and New Zealand, Research In Motion (RIM) in order to pursue other interests,” the company said. “Adele was one of RIM’s first employees in the Asia Pacific region and played a leadership role in growing RIM’s carrier footprint across the Asia Pacific, Middle East, and Africa. RIM appreciates Adele’s past contributions and wishes her all the best in her future endeavours.”

It did not clarify who would fill Beachley’s shoes, but ZDNet.com.au quoted the company as stating that RIM’s senior vice president of its Asia-Pacific region, Urpo Karjalainen, would hold the position on an interim basis.

Beachley has been with RIM for a decade, after joining the company in 2002, at a time shortly after the company’s flagship BlackBerry handset had been first introduced into the market, and as the company was attempting to push the devices and their associated back-office infrastructure into the Australian and wider Asia-Pacific market. Prior to that point, Beachley had worked in a number of other roles in Europe and the Asia-Pacific region. A biography of the executive available online states that she is fluent in five languages.

The last time RIM filed a financial report on its Australian operations with the Australian Securities and Investments division (for the year ended 26 February 2011), it had some 59 employees in Australia.

At that time, it did not disclose much in the way of Australian revenues — just $33 million, up from $23 million the year previously. It appears that this revenue referred to services being provided by RIM to its various corporate clients in Australia, rather than sales of its actual handsets locally. It appears that RIM’s handsets are, for tax reasons, bought from its global parent by local telcos and corporate customers, rather than from RIM directly.

“The principal activities of the company consist of providing support services, sales support services and technical assistance to various telecom carriers and their customers as it pertains to a wireless electronic data solution,” the company wrote in its financial statements. In that financial year, RIM paid just $704,844 in Australian income tax expense, despite the much larger revenues it is expected to have made from sales of its handsets in Australia. Beachley is listed as a key executive at RIM in the report.

opinion/analysis
I don’t think Beachley’s departure from RIM Australia has much to do with the company’s wider problems; if anything, given that the executive is a long-time RIM staffer, I would have expected her to remain around longer to try to help see the company through its current poor patch. And certainly nobody wants to be the managing director who deserts a company when it needs it most. Instead, it seems like the executive’s resignation might be for personal reasons.

However, I do hope that a new Australian managing director for RIM means a slightly different approach. Under Beachley’s leadership, RIM has been a very closed shop, releasing only very limited details to customers and journalists about its plans and declining most requests for further information. I can’t remember, for example, whether Beachley has given any comprehensive interviews about RIM Australia in the past few years. In contrast, some of its rivals — notably HTC and Samsung — have been much more open and friendly with the press and customers, an approach I always like to see.