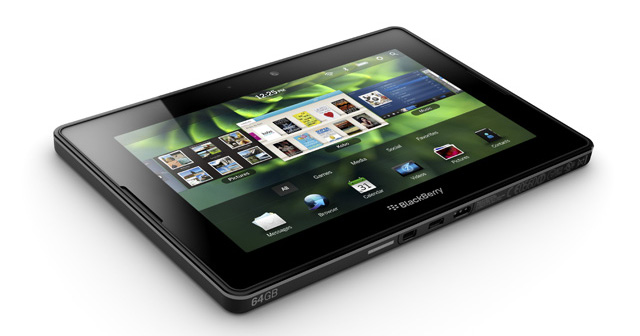 news A spokesperson for Research in Motion (RIM) has Australia declined to reveal whether RIM will apply US discounts on its PlayBook tablet to its Australian stock. RIM has announced substantial price cuts for a limited time up to February 4 on the PlayBook in the US, offering the 16GB, 32GB and 64GB models all for US$299 each, saving buyers between US$200 to US$700.

The spokesperson admitted that there might be specials offered by carriers and retailers, including the bundle available from Optus for the BlackBerry PlayBook and BlackBerry Torch 9860 on a $49 monthly plan. “There may be other specials via retailers to come, and there may be others currently in market (but we don’t have a list of them). There could be special pricing to come, or limited time offers like the one on the US Shop BlackBerry website, but that is not something that would be commented upon in advance,” the spokesperson said.

The US sale is on at RIM’s website. RIM appears to be attempting to ramp up sales of the poorly selling PlayBook after a rough year in 2011 when the company suffered low sales, poor reviews for the PlayBook, delays and outages. While the cut prices for the 32GB and 64GB version are a fair deal, the $299 price for the 16GB version might not be attractive to some buyers, since the PlayBook basic model had been on offer at a low $199 with some retailers during the run-up to the Christmas season.

In December 2011, Adele Beachley, Managing Director RIM Australia and New Zealand had announced deals that offered a free PlayBook to customers purchasing the BlackBerry Torch 9860 on the $49 Optus cap. This deal is valid up to the end of January 2012 on a 24-month contract period. Prior to that, Vodafone had made the 16GB model of the PlayBook available bundled with the BlackBerry Bold 9780 handset on a single monthly plan in June 2011. The PlayBook had been launched on June 20, 2011 through all of Australia’s major mobile carriers and retailer Harvey Norman, starting at the retail price of $579.

The PlayBook is currently available from Optus, Telstra and Vodafone in Australia. Running on the QNX operating system and a dual-core 1GHz ARM Cortex A9 processor and 1GB RAM, the PlayBook’s features include Adobe Flash 10.3 support, 1080p video recording and playback, full multi-tasking and built-in HDMI, finer details such as drag-and-drop file transfers, a standard micro-USB connector and the ability to download files via the web browser.

Other features include a 7” size, a 3MP front-facing and 5MP rear-facing camera (both supporting full HD and 1080p video recording) and a 1024 x 600 resolution capacitive screen. The PlayBook weighs 425g and is less than half an inch thick.