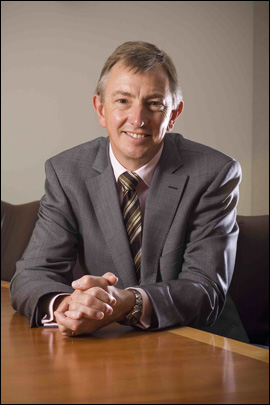 news Australian IT industry stalwart Rob Wells has quit his post as the managing director of Avaya’s Australian operations and will instead establish the local division of Software as a Service business software group Workday.

Wells, who disclosed the Workday post through an emailed statement, is recognised in the local industry for his previous role as managing director of SAP subsidiary Business Objects, and his long tenure at PeopleSoft that concluded in the position of vice president of product sales in the Asia Pacific region. Wells has also held the position of managing director of Sequent Computer Systems.

Rick Seeto has taken over leading the ANZ business for the present. Seeto, who has been with Avaya and Nortel for over 20 years, has held several senior management positions in Asia Pacific. This includes an earlier period as the ANZ managing director at Nortel, Asia Pacific CIO, vice president of Enterprise Networks Asia, and as CMO for Asia.

Prior to his taking over from Wells, Seeto was leading both the marketing and channels organisations at Avaya across the Asia Pacific theatre. Based in Sydney, Seeto will manage the ANZ business until the company makes a permanent appointment. According to a statement by Avaya, release, Seeto’s experience and expertise will help guide the team with a continuing focus on satisfying the communications and collaboration needs of customers throughout Australia and New Zealand.

In a brief interview with Delimiter in November 2010, Wells had talked about his dream of encouraging more school leavers to take up technology-based subjects at University, and his determination to encourage investment driving this. According to Wells, “I also think the government can help in encouraging more local innovation to flourish through tax incentives and concrete strategies to help young Australian technology companies expand their capabilities overseas.”

Wells had spoken about his passion for working in the innovative, vibrant and fast moving market of the IT industry. He had said that he loved working in Australia, with the high competition and stimulation, and the possibilities of building strong long-term relationships with customers and partners.

Avaya provides unified communications, contact centres, data solutions and related services to companies of all sizes around the world. In comparison, Workday is a relatively newer company, launched in November 2006 by several key PeopleSoft staff, including the company’s founder. It’s based in the US and provides on-demand financial management and HR platforms through a Software as a Service model.