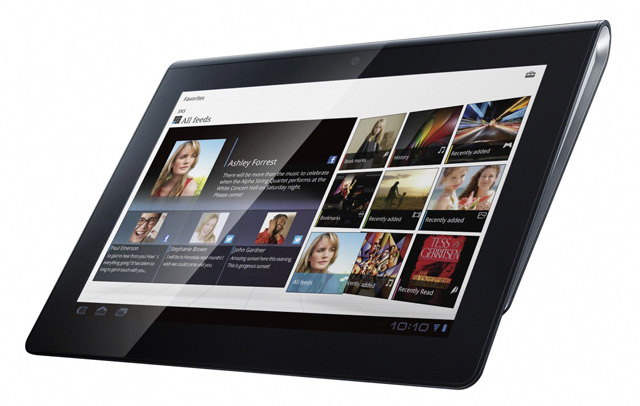 news Japanese electronics giant Sony yesterday said it wouldn’t commit to cutting prices on its Tablet S Android tablet in Australia, despite chopping US$100 off the price of the device in the US this week.

Sony has slashed the price of its Tablet S in the US by US$100, bringing down the price of its 16GB version to US$399 and that of its 32GB version to US$499. Equipped with a 9.4 “ touchscreen, Wi-Fi, Universal IR remote, Video Unlimited, games for PS Certified devices and running on the Android Operating system, Tablet S is positioned as a competitor to the market leader, Apple’s iPad.

“As part of the Australian seasonal sales period, we offered a special six-day-only price for Sony Tablet (AU$499 for 16GB) from Boxing Day,” a local spokesperson for the company said in a statement yesterday. “We may consider some price adjustments in the future as we prepare to introduce the 3G version of the Sony Tablet, however nothing is confirmed at this stage. We still believe that Sony Tablet offers great value for its current pricing, as an all-round entertainment device.”

However, customer reviews have not been very favourable about its design, battery power and build quality. The new price cut follows a temporary price cut of US$50 that Sony implemented in December. Sony has now effectively moved itself in the US from being in the price zone of the iPad to the mid-priced tablet segment, which is already crowded with the likes of the Galaxy Tab, ASUS Transformer and Toshiba Thrive tablets.

Sony launched the Tablet S in Australia in October 2011. The company is being accused of price gouging as the price cuts in the US are not being implemented in Australia. The 16GB model that is retailing for US$399 is retailing for AU$579 on Sony Australia’s website. US customers also get extra freebies such a free 180-day trial of Sony’s Music Unlimited service. Despite the 6-day price cut for Boxing Day at AU$499, the tablet is now back to being sold for AU$579.

RIM has also slashed prices on all its Playbook models in the US, but has announced no such deals yet in Australia. With the Android tablet market slowing in Australia, multiple players in the market appear to be struggling to differentiate themselves.