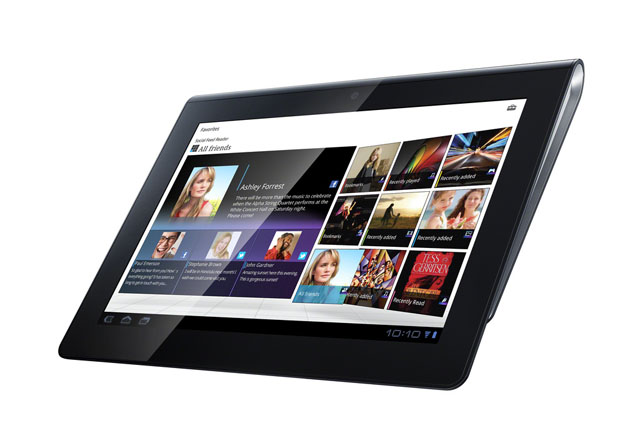 news Sony has launched the new Walkman Z series and the Sony Tablet P and Sony Tablet S 3G in Australia. Both the tablets and the Walkman are powered by the Android OS. The existing Sony Tablet S will also have a new pricing for its Wi-Fi model.

The Walkman Z series features an anti-reflective 4.3” multi-touch LCD screen, an S-Master MX digital amplifier and the full range of Sony’s Clear Audio Technologies and EX headphones. Patrick Etherington, Assistant Product Manager for Walkman at Sony Australia said, “It is the beginning of an exciting chapter in the history of Walkman as we introduce the first ever Walkman powered by Android. The new Z series is replete with all of Sony’s innovative audio technology and offers an unparalleled personal audio experience for audiophiles and music fans alike.”

The Walkman Z series allows users to gain access to Sony’s Music Unlimited service that has a catalogue of over 7 million songs The Basic subscription will be available at a fee of $4.99 a month while a Premium subscription will be offered at $12.99 a month. The Walkman Z also has a built-in xLOUD speaker system and can connect to compatible speakers, headphones, hi-fi systems or car stereos via Bluetooth.

It also allows users to share content wirelessly or through a connection to other DLNA enabled devices. The W. Control app button allows the user to play or skip songs with a swipe of the finger. The Z series is expected to be available from late April 2012 and will retail for $269.

The Sony Tablet P featuring two 5.5-inch TruBlack displays allows users to manage different functionalities on two different or one combined screen. Kent Tanigaki, Tablet Marketing Manager of Sony Australia said that the design and functional ease of use of tablets was as important as the software that runs them. He said, “Our Sony Tablet range will continue to boast not only the most unique designs in the category, but also the best entertainment applications for Android users. The Sony Tablet P is another example of our innovation in the category.”

The Tablet P with 3G capability runs on the Android Honeycomb 3.2 operating platform and will hit Australian markets in the middle of February, retailing at $729 SRP. It will also be available online. The Sony Tablet S 3G has all the features of the Tablet S along with 3G capability and can be used as a universal remote for home entertainment platforms. This will retail at $649 for the 16GB version.

The Sony tablets also have access to the full suite of Sony Entertainment Network services like Video Unlimited and Music Unlimited allowing users to download their favourite music, movies, games and TV shows. The tablets can also work with devices with DLNA compatibility like the Sony Bravia range, which allows users to use Wi-Fi speakers. The tablets are the only ones on the market to be PlayStation certified so you can download and play PlayStation games as well. The existing Sony Tablet S will retail at a new price of $499 (16GB) and $599 (32GB) from Feb 15, 2012.

opinion/analysis
If you read Sony’s press release about these products, you would think that their release in Australia is a significant event and that they matter. However, nothing could be further from the truth.

For starters, why would anyone buy an Android-based Walkman device when they could just get that music playing capability built into any modern mobile phone? In his biography, former Apple CEO Steve Jobs made it very clear that he knew the iPod, which was the Walkman-killer, could have its lunch eaten by smartphones. That’s why Apple developed the iPhone first — to beat the so-called ‘Innovator’s Dilemma’, where people who invent a new technology are usually the last to understand that it’s become superceded.

Secondly, will Sony’s tablets make a dent in the universe in Australia? Hardly. As we’ve previously written, the iPad continues to enjoy an overwhelming (almost monopolistic) market share in Australia, and consequently Apple Australia is virtually printing money. These are decent products from Sony, as our reviews of some of them make clear. But there are such better products out there, usually from Apple, that I have a feeling they will unfortunately be largely ignored.