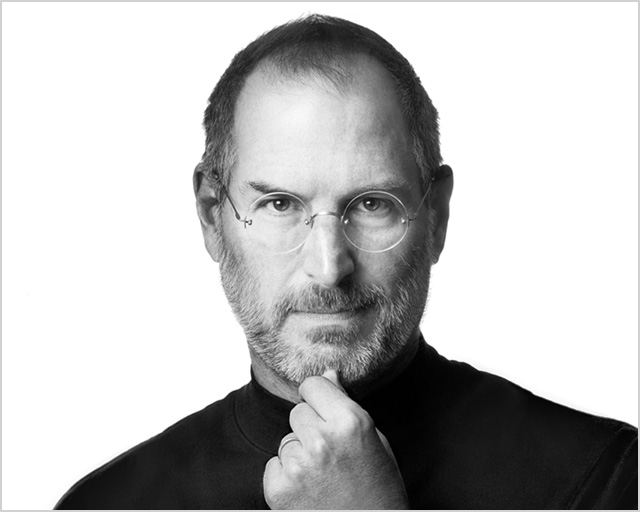 news From academics to chief executives and entrepreneurs, from the everyday man on the street to our country’s Prime Minister and from one side of our wide brown land to another, yesterday Australians paid tribute to the passing of Apple supremo Steve Jobs and the incredible wave of innovation the executive unleashed upon the globe over the past few decades, as well as saying goodbye and thank you to a visionary with a personal touch.

Politicians were some of the first to express praise for Jobs and his legacy. Speaking from London, Shadow Communications Minister Malcolm Turnbull – known for his enthusiasm for the Apple iPad – described Jobs as “truly an architect of the modern networked society”.

“He brought an elegance and functionality to the devices which have become for millions, whether they own apple products or their imitators, the indispensable personal portals to a digital world,” Turnbull said.

Back in Australia, his Labor counterpart, Communications Minister Stephen Conroy – who carries an iPhone — said he was “saddened” to hear of Jobs’ passing, describing the Apple chief as a man who made computing and the Internet accessible to everyone.

“Mr Jobs was one of those rare individuals who can easily be described as a true visionary and an icon in his field,” said Conroy. “And yet, his work and his vision have so completely transcended the computer industry that it is fair to say he has revolutionised the way many of us work and relax. . From the iMac to the MacBook and the iPod to the iPhone and iPad, Mr Jobs and his company have created machines that have changed our world.”

Conroy also praised Apple’s “groundbreaking” iTunes format and said he wished Jobs’ family all the best in “these difficult times”.

Prime Minister Julia Gillard — also an iPad user — echoed Conroy’s sadness upon hearing of the news, as well as his praise for Jobs, who she described as “an incredible global innovator”. “I mean it’s not too much to say he literally changed our world.,” she said. “All of us would be touched everyday in our daily lives by products that he was the creative genius behind. So this is very sad news and my condolences go to his family and friends.”

Praise for Jobs also flooded in from the corporate sector.

“It is with much sadness that I heard of the passing of Steve Jobs,” said Optus chief executive Paul O’Sullivan. “He was one of the greatest technology leaders the world has seen and led the revolution which moved the mobile from the human ear to the eye. He sparked a movement that is still storming the world and changing human behaviour. Our thoughts today are with his partner and children, his friends and Apple colleagues.”

His counterpart at Telstra, David Thodey, described Jobs as “a visionary and a pioneer”, noting that the executive had changed the way people thought about how technology became a seamless part of their lives – “our music, our phones, our wireless access to information, applications and each other”.

“That will be his legacy,” said Thodey.

Mick Liubinskas, the co-founder of Australian startup incubator Pollenizer, said Jobs had a vision that didn’t falter – a key attribute needed to succeed in business. “He aimed high and never compromised,” Liubinskas said. “At times this hurt him, and at times he was wrong. But with patience, over time, this has seen him create amazing products that changed the world.”

Kogan Technologies founder Ruslan Kogan – himself a maverick consumer technology entrepreneur who has frequently referenced Apple in speeches and public statements, wrote on his company’s blog that he and his team were “deeply saddened” by the loss of one of the world’s greatest ever entrepreneurs, and a man who had changed the world of technology forever.

“The fact that he resigned as CEO of the world’s largest technology company only weeks ago shows how dedicated to the cause he was,” wrote Kogan. “The consumer electronics industry is the toughest industry in the world, and he remained at the forefront of it throughout his entire life. Steve Jobs will be sadly missed.”

“Steve Jobs made technology more accessible for everyone. The first time my mum was ever able to send an SMS was when I gave her an iPhone, and I’m sure there are millions of stories like this around the world. Steve’s achievements will be celebrated for many years to come.”

And chief information officers from both the public and private sectors also had words to say about Jobs passing.

“Sadly, Steve Jobs has died,” ANZ Bank CIO Anne Weatherston said yesterday, prefacing a major speech in Sydney with what she said was “a sad note” about Jobs’ passing. “We regret the loss of probably one of the greatest technology visionaries of all time. It’s a sad note, but we keep going.”

Ann Steward, whole of government CIO for the Federal Government, used the blog of her office of the Ausralian Government Information Management Office to post a note on the matter on behalf of AGIMO. “I’d like to acknowledge the significance of Steve Jobs’ contribution to technology,” the CIO wrote.

“Like many people around the world, we are saddened by his death. His leadership and vision profoundly contributed to how we view and use technology today.”

Academic website The Conversation published a lengthy article with comments on Jobs’ passing by a dozen or so academics located around Australia and globally. The University of Melbourne’s Rod Tucker, the University of Toronto’s Joshua Gans, the University of Western Australia’s David Glance, University of Sydney head of the school of IT Professor Sanjay Chawla and many others paid tribute to Jobs.

“I live in a world of economics where we tend to doubt the power of the individual,” wrote Gans. “To be sure, there are individuals who are in positions of power and who can inflict damage on the world. But in the world of business, these tend to wash out. Leaders may come and go but very little of substantive economic value changes.”

“Steve Jobs was and had become, in so many ways, the exception that proves the rule. Take him out of the world and one can imagine what we might be without. From the personal computer to the iPhone to a revolution in animated movies, one gets a sense that these parts of our lives – both technologically and culturally – would not be with us.”

Perhaps one of the most heartfelt messages came from Scott Rhodie, an Apple enthusiast and digital communications manager at NBN Co. Writing on his personal blog, Rhodie said he had never met Jobs, but upon hearing his death, felt as though he had lost someone close to him.

“This is the first time I’ve ever felt that feeling without knowing someone,” he wrote. “Sure I’ve been sad about people losing their lives but Steve Jobs wasn’t just a figure on a screen, he wasn’t just a CEO. To me, Jobs was a visionary, a genius, an ambassador for the fusion of technology and life … and every single day of my last fifteen years there has been a reminder of who he is and how he has helped me communicate.”

Among other things, Rhodie noted Jobs had made him realise that you didn’t have to conform to succeed, and that humans should be willing to be passionate about everything they did.
“He was an inspiration to me,” he wrote. “He wasn’t a normal CEO and Apple isn’t a normal business. I’ve met a few people who have worked for Apple and a still know a few there and all of them have said their experience for Apple was amazing.”

“Thank you Steve. Thank you for seeing the future and helping us towards it. Thank you for your unswerving dedication not to give in. Thank you for Pixar and it’s heart-warming movies. Thank you for Apple and it’s amazing products. But mostly thank you for never giving up, for being so passionate and for helping me out every day. If there were more people in this world like you the world would be a livelier, richer and happier place. My thoughts are with your family.”