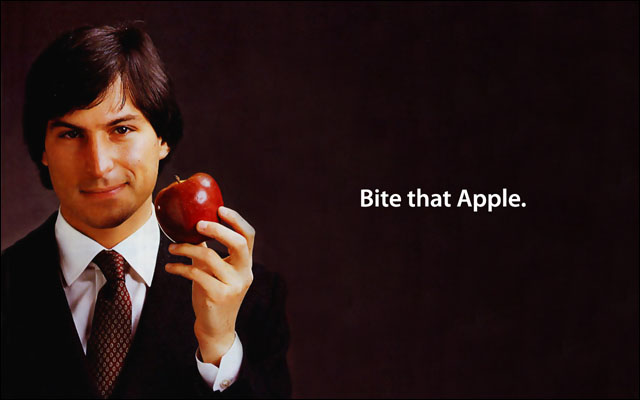 opinion As I cradled a cup of hot chocolate in my cold hands this morning at 3AM and awaited the appearance on stage of smiling Father Steve and his fabulous basket full of magic tricks, I once again asked myself that perennial question.

“Is today the day that Apple actually launches a device that isn’t limited in some arbitrary and ridiculous way from achieving its full capabilities?” I asked myself. “Has Steve finally seen the light and decided to actually trust Apple customers to know how and why to use the products that his incredibly hyped company sells?”

But yet again, I was destined to be disappointed.

I enjoyed the launch of Apple’s iPhone 4 this morning. The company’s latest handset looks in general to be a great iteration of a device that has already revolutionised the mobile phone industry.

But there was one thing that stood out from the launch like a rotten blood orange smouldering at the bottom of the fruit bin full of of shiny golden delicious chunks of goodness.

I speak, of course, of Apple’s ludicrous claim that it needs to work more with the world’s 3G mobile carriers to get video calling working correctly on their networks. For now, video calling on the iPhone 4 is only allowed if users on both ends of the connection are connected to a Wi-Fi network.

Now I’m sorry if I’m not part of Father Steve’s magical reality distortion field and I’m not drinking enough Kool-Aid. Maybe I’m the loser in the corner who didn’t take enough LSD at the party and can’t quite get high enough to be cool with everyone else.

But forgive me for pointing out that video calling between Wi-Fi networks is hardly the revolutionary concept that Steve made it appear in his once-in-a-lifetime appearance.

One certain community – oh, let’s call them the 521 million users of a little-known application called Skype – have been placing video calls to each other from the comfort of their Wi-Fi networks since January 2006.

Some of us – God forbid!! – have actually had Skype installed on our phones for some time and have been placing video calls for ages. What a phenomenal concept! There are even whole forums on Skype’s site that are devoted to the practice, unholy as it may have been before Father Steve came along to sanctify it!

But even this isn’t the most important point that needs to be made about video calling on the iPhone.

And it gets even better. Telstra unlocked the video calling feature courtesy of a deal to share the network of Hutchison Telecommunications (now part of VHA courtesy of its merger with Vodafone), which had been offering video calling via its ‘3’ brand for some time before the Telstra deal!

Now it is likely that not all of Australia’s mobile phone networks would be able to handle the additional data load if a flood of iPhone 4 owners suddenly started placing stacks of video calls via 3G. I’m pretty damn sure, for example, that Optus’s already strained network would come under increasing pressure, and I’m not too sure how Vodafone’s would cope, given much of its infrastructure was built jointly with Optus.

Likewise, in the US, AT&T’s network would likely be ground down to a screaming halt overnight.

But the fact is that there are mobile phone networks that would probably be fine with some increased video calling over 3G. The Hutchison (‘3’) network would likely deal with it OK, given that 3 customers have been placing video calls for the best part of a decade.

And of course, most of all, Telstra’s Next G network would likely be absolutely fine.

Over the past few months, since I’ve purchased a Telstra Next G USB modem for my laptop, I’ve realised how strong the big T’s network infrastructure truly is. The network never drops out for me, never has slow speeds and never experiences poor signal strength. I’ve never had a problem with it at all.

The fact that Father Steve does not realise the strength of Telstra’s network shows just how US-centric Apple’s strategy is. If 3G video calling doesn’t work on AT&T because the network is a piece of crap, the mantra goes, then 3G video calling should be disabled globally, because everyone should have the same experience.

Odds are that Father Steve doesn’t even know that Telstra exists, or that in Australia, you’re going to get the most reliable performance with your iPhone if you use it on Next G. But he should.

No doubt this time next year, Father Steve will pull 3G video calling out of his magical box of tricks in another 3AM briefing. And Apple fanboys the world over will rejoice that suddenly their hardware can finally be used to its full capabilities.

Until that point, for those crazy people who do want to make 3G video calls from the iPhone 4, no doubt the hackers will shortly swing into gear and provide the option of cracking your golden device open and falling from Steve’s graces as you take a delicious bite of your forbidden unlocked Apple.