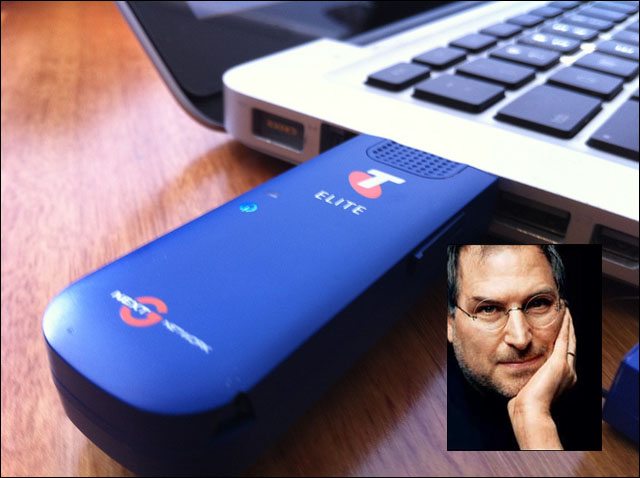 opinion Beware, my fair brothers, beware. Not all that glitters is truly gold. What follows is a tale to make any brave heart shiver. A tale of desire, disastrous customer service and a $1,400 bill with Telstra that ended in heartbreak. Draw your chairs up to the fireplace and listen to my tale of woe.

I have been using Vodafone for years and an iPhone 3G for about 16 months. But the poor phone is getting slower, and the Apple distortion field is frying my brain in trying to reconcile “shiny toy” with “pure %^#*@ evil” that Apple inflicts on its users and developers.

The HTC Desire with Android 2.1 promised to be a godsend for me, so the plan was to use the Desire for data and as a business phone and use my iPhone as a private phone until the plan expires.

The HTC Desire is a Next G phone, and is only available from Telstra. People have been positive about the Next G network, and despite my view that Telstra can give sheer bastardry lessons to AT&T and Comcast (American telco and ISP respectively), I decided to give the company a go. Things, however, have not turned out well.

Mistake #1 was not Telstra’s fault. I bought the HTC Desire from JB Hi-Fi, and at 6PM Friday night, the poor overworked clerk made the mistake of choosing the 1GB data pack and not the 3GB I asked for. I thought I could add the pack on when I got home, so was not too concerned.

Mistake #2 was ordering the 3GB data pack online that day. If you buy datapacks outside business hours, it does not get invoiced until a future date. This will haunt me in the future Mistake #3: Getting a usage reminder of 109 percent. I was not too concerned, as I bought another datapack. More fool me. This led to:

Attack #1: The first bill. Apparently Next G data is worth more than inkjet ink — I received a $1,400 first bill.

What this means, I really don’t know. The scary thing is, if I have issues interpreting this, what about the regular punters out there?

Now when I called Telstra billing services, I should have gone through with a fine comb and worked out exactly the what/when/why of the bill. In retrospect, the 3GB pack I bought in the 6th was not booked onto the system until the 12th. And when I bought another 3GB pack to top up, I was using the Desire as a modem as a test as well.

So I called billing services and I managed to get a 50 percent concession on the bill. $700 is still a hit, but I felt it was an idiot tax. I also asked for the default data pack to be lifted from 1GB to 3GB.

Then mistake #4 struck: I get an email from Telstra on the 24th August saying there was a problem with the change in my datapack. So I knew the next bill would have “Telstra sssues” as well.

This led to inexcusable issue #1. On the 2nd September I called Telstra billing about my bill. In this day and age, you would expect to be able to get through to a holding area or some sort of voice telephony system. Nope. Engage signal. To quote the classics: “#fail had struck Telstra, and it had struck hard”.

Bright light. A call centre rings about my abnormal data usage. However the first call dropped out mid-call, and I had to call back twice to resolve the call. Now this was not a Telstra call centre, but an outsourced one from Salmat. This was still painful as a customer experience, however I believe I have this month’s data issues fixed by upgrading my plan to 6GB. I still need to confirm this, as the changes (and the original credit I got from billing services) are not explicitly shown on the account page on Telstra.com.

Mistake #5: I still don’t know if my current usage is 3GB or 6GB. I do have another SMS which has arrived in the last day, saying I have used 107 percent of my data usage. But should I place another call to Telstra, or stab my eyes with blunt sticks? At this stage, the sticks are looking preferable.

What I learnt from the experience
Datapacks are not the great flexability options I envisioned. How they work is anyone’s guess. What they don’t do is stack.

The usage reminders after the 100 percent usage (when they work, and I believe I should have received more than one a month based on the issues I have with numerous datapacks) is a blatant money grab by Telstra. It is inexcusable to send out usage reminders when 300MB of the data is being charged at .25c a MB.

The mania Telstra has in outsourcing and retrenching has had a negative impact in customer service. I got a better experience from Salmat than I did from Telstra’s internal billing team. The user experience should be that when ringing a telco, I do NOT get an engage signal.

The online billing system and purchasing system is rather poor. Some UI changes is desperately needed, and making contact numbers less hidden would be a nice step. Turnaround times for online payment is also woeful. How can it take days to process a direct payment system?

The scary thing is, if I am having these issues, and I consider myself technologically informed, how will the general public react when the rich multimedia and data offered by the current generation of smartphones starts to be more widely used?

Even with the 3 call centres now being used by VHA (that would have been the first thing I would done if I ran VHA), I never had the experience I had with Vodafone that I am having with Telstra. It is a shame that VHA is behind in the 3G coverage to both Optus and Telstra, however, I think I can put up with poorer data coverage and speeds, if I can get a telco that can run a billing and support system effectively. Which I doubt Telstra can do.

There is one final moral to this story. Steve Jobs, take a good hard look at yourself. You are nowhere near as evil as Telstra. Get your ass into gear!