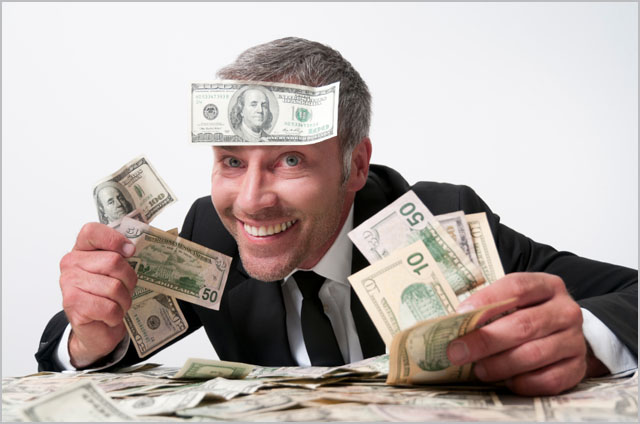 opinion Reading through some of the news reports about Apple’s court case today blocking the Australian launch of Samsung’s Galaxy Tab 10.1, I couldn’t escape the feeling that the iPad maker’s lawyers had been spending too much time immersed in the company’s famous reality distortion field.

According to the Sydney Morning Herald, Apple made a number of statements about the Australian tablet market which could only be described as sensationalist at best, and a high degree of paranoia in action if you assumed the worst.

Apple, the newspaper reported, argued in court that the launch of Samsung’s Galaxy Tab 10.1 tablet would launch in Australia “with the velocity of a fire hose”, with customers being “seduced” away from Apple’s iPad “so quickly” and becoming “Android people” who would reject the whole iTunes ecosystem from that point on.

Although a plethora of other manufacturers have had Android-based tablets in Australia for months – Acer, Motorola and ASUS, to name a few – and HP and Research in Motion have also launched non-Android tablets, Apple argued the other companies’ devices were irrelevant, with Samsung’s device being the only realistic competitor to the iPad.

Overall the feeling I got from reading Apple’s statements was that the company saw itself as having only a feeble lead in Australia’s tablet wars. Admittedly, there were a number of other competitors trying to cut its grass, but they were far behind. Apple painted Samsung as the big bad; an evil Korean conglomerate which was breathing down its neck, its foetid breath painting foggy patterns on its pristine glassy iPad surfaces.

Now, in some senses, it’s not hard to see why Apple feels this way. After all, it was only last year that Samsung grabbed substantial market share in the smartphone arena with a handset – the first Galaxy S – that bore a substantial resemblance to the previous generation of Apple iPhones. And there is no doubt that currently, that handset’s successor, the Galaxy S II, is one of the hottest handsets available in Australia – potentially even eclipsing the iPhone 4 in terms of its desirability to local gadget enthusiasts.

What Apple confirmed in court this week, according to iTNews, was that it was the launch of the first Galaxy S in July last year that first caused tension between the two companies. Apple didn’t attack Samsung legally at that point, according to the Sydney Morning Herald, because the Korean company is a key supplier to Apple and Cupertino wanted to negotiate with it first before commencing open warfare.

In this sense, then, one can understand the intense fear Apple appears to be demonstrating towards Samsung. It doesn’t want a repeat of the Galaxy S smartphone saga. It doesn’t want to sit quietly by and watch as its customers are seduced away while its products are blatantly copied in front of its eyes. And most of all, it doesn’t want those customers to become locked into the Android ecosystem the way it has been locking them into its own iTunes iJuggernaut since the launch of the first iPhone half a decade ago.

However, what Apple is not admitting at this point at this point is that while there was a great deal of demand for alternatives to the iPhone, the same situation simply does not apply yet to the iPad – and it may not apply for several years to come.

When Apple first launched the iPhone back in 2006, it launched it into an already crowded market dominated by companies like Nokia, Sony Ericsson and Research in Motion. Apple had to fight for every inch of market share it gained with the iPhone over the past half-decade, and that battle is reflected in the percentage of overall phone sales which the company enjoys today.

In late June this year, analyst house IDC released a report tracking smartphone sales in Australia over the first quarter of 2011. The report showed that Apple’s iPhone platform then had nearly one third market share of the total number of mobile devices being sold in Australia — a figure which was up 13 percent on the previous quarter. IDC estimated the total number of new mobile phones sold in the quarter in Australia at 2.44 million — meaning Apple would have sold about 800,000 iPhones in the period. The big loser in that battle was primarily Nokia, which lost 9.5 percent of market share compared with the previous quarter.

Sure, the overall Android platform – being pumped to the max by HTC, Sony Ericsson, Motorola, LG, Huawei and of course Samsung – saw huge gains. And increasingly, Android outranks the iPhone in Australia. But that’s because Apple’s facing a pig-pile of vendors, all with existing smartphone experience. One against half a dozen isn’t great odds for anyone – even if you’re Apple — and the Android platform has had quite a few years to mature.

But in the tablet market, it’s a completely different story.

When it comes to tablets, Apple never had to convince customers to dump their existing brands in favour of its own. The entire product category was new, and largely established by Apple itself in mid-2010.

Apart from a few anaemic launches such as the Samsung Galaxy Tab 7”, which broadly flopped and was discounted incredibly rapidly, Apple had its first year of iPad sales completely to itself. And the results show; today IDC released a new report showing Apple has some 74.6 percent of the Australian tablet market. That’s more than double the share it has in smartphones, and it’s probably making a lot more profit on iPads than it ever did on the iPhone, given that most smartphones are subsidised while most iPads are just bought outright for a figure close to a grand apiece.

Look around you. Have you ever – and I mean ever – seen anyone actually using an Android tablet in public? What about a BlackBerry PlayBook? I haven’t. I have quite a few meetings every week, I go to business lunches, I hang out with lots of geeks and I catch buses every day. Never have I seen an Australian using anything apart from an iPad – unless it’s a Kindle e-Reader, which doesn’t count as a tablet (well, at least not yet).

The one exception to this rule is the HP TouchPad. I know that many Delimiter readers bought a TouchPad during the recent sales. However, the constant feedback I got was that most of those who did bought the device as a cheap second tablet, because they already had a household iPad but someone else kept on borrowing it – their wife, perhaps, or their kids.

If you believe the crap which Apple spun in the Federal Court today, the company is on the edge of a competitive nightmare, with Samsung about to eat its tablet lunch and its market share about to shrink dramatically if the iPad-lookalike Galaxy Tab is allowed to go on sale in Australia (which it eventually will, despite Apple’s protestations).

But the simple fact of the matter is that there is nobody in Australia right now who is clamouring to buy a Galaxy Tab 10.1. The response from Australian customers when Vodafone put an earlier version of the Galaxy Tab (the 10.1v) on sale locally was as weak as a wet willy, and the second time around things won’t be any different. Those Australians who were desperate for an Android tablet already have a Motorola Xoom or an Acer Iconia Tab – if they care at all.

Samsung’s lawyers claimed in court this morning that the company needed to be a first mover in the tablet market and “not dribble in behind everybody else”. Well, the company has had its chance several times over, with the 7” Galaxy Tab and then the Galaxy Tab 10.1v. And now it’s not just Samsung who’s dribbling into the tablet market – it’s every tablet manufacturer which is not Apple.

The reason, of course, is because the current crop of Android and other non-Apple tablets are pathetic. They’re normally heavier than the iPad and bulkier, their operating systems are half-baked (Honeycomb is particularly crap), application support is dubious at best and worst of all, they generally cost the same or even more – if you can believe that – than the iPad. What everybody knows is that as Christmas looms, price cuts galore are going to hit Australia’s tablet market (they’ve already started overseas) as every non-Apple tablet manufacturer around dumps unsold stock as they prepare for the Motorola Xoom 2 or whatever.

In this context, Apple’s shrill shriekings of unfair play in the Federal Court today sound about as plausible as Telstra’s Trujillo-era claims of foul play in the telecommunications market. The whole scenario stinks of a virtual monopolist attempting to squeeze the paltry 10 percent worth of competition in its market completely out of business so it can reign unopposed for a half-decade or more until it can reinvent another market and take another pile of cash out of consumers’ wallets.

For all his inspirational speeches, faux-humbleness in front of city councils, home-grown organic vegetable diets and Buddhistic ethos on life, it should never be forgotten that Apple co-founder Steve Jobs is at heart a ruthless executive who built an empire exploiting that most fundamental of capitalist principles: Greed. For those who doubt this statement, I encourage you to watch Apple’s iPhone 5 product announcement next month and pay close attention to the naked lust on the faces of those attending.

What we’re seeing in Australia’s Federal Court this week is something noxious. It is an attempt by Apple to crush any amount of competition in a market that has not even begun to emerge. It is an attempt by a close-to-monopolist to render stillborn any semblance of rivalry on its home turf. And it is a case of naked manipulation in which a company which is close to being the biggest in the world is claiming publicly that it’s being treated unfairly.

Now, Apple’s got some degree of righteousness on its side in this one. In my opinion, Samsung’s products do look a little too much like they were ‘Designed in California’. But exaggerating a market weakness which does not, in fact exist, over-exaggerating the strength of a rival whose tablet products are not yet close to being mature and hyper-exaggerating possibly negative outcomes in general from allowing Samsung to sell a tablet which, in fact, Australians could not give a flying fig about is just a little bit … of an over-reaction.