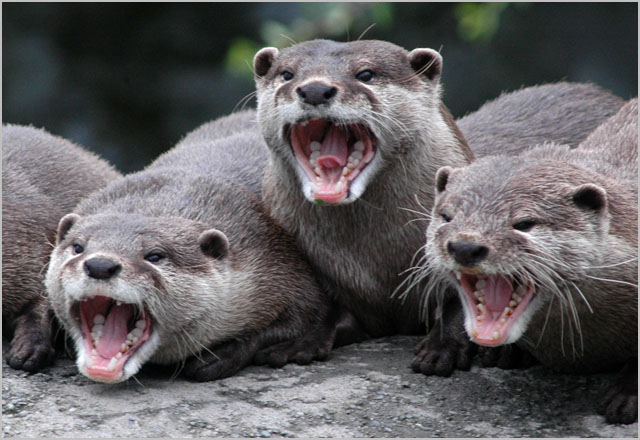 To say that there is a huge amount of misleading spin and damaging misinformation being put forth by a number of high-profile media outlets and politicians at the moment regarding NBN pricing is a collossal understatement.

Take this article from the Sydney Morning Herald as an example. When putting this story together, the authors had a number of headline choices. They could have gone with ‘Internode unveils NBN pricing’, which is what we chose for Delimiter’s story, and actually the truth. They could have gone with ‘NBN pricing starts at $59.95 a month’, or ‘NBN pricing revealed: From $59.95 to $189.95 a month’.

They could even have gone with — as someone else, presumably another editor, actually did go with in a different section of the exact same SMH site — “Broadband users to pay comparable prices”.
But to scream “NBN retail price revealed: up to $189.95/month” — effectively using the Sydney Morning Herald’s collossal media platform to make $189.95 a month the banner NBN pricing figure and imply that customers would be paying that to access the National Broadband Network — is irresponsible. The simple fact is that Internode is offering another 15 plans, most of which cost under $100 a month.

Now, you might say that this is just one isolated story and it hasn’t had that much of an impact on the national broadband debate. But senior politicians have already taken up the Sydney Morning Herald’s line and are running with it.

“This is a Government which is spending upwards of $50 billion to give Australians a service that they can’t afford,” Opposition Leader Tony Abbott told journalists at a doorstop in Tasmania yesterday. “How many Australians could afford $190 a month for a broadband service that they’re currently getting for about $30 a month? It’s just bad policy and it’s typical of a Government which spends billions and billions without thinking it through first.”

“The more we learn about the National Broadband Network, the more of a dud deal it seems.”

So now we have one of Australia’s largest media outlets coupled with one of the nation’s foremost politicians, bringing the ‘$190 a month’ NBN pricing figure into the public debate as if it has some form of legitimacy, instead of representing the absolute extreme end of the first early stage NBN pricing plans released by one provider.

Other media outlets and politicians instantly started dancing to the same tune.

Despite the fact that the network has only just started to deliver to a handful of customers, the ACCC is reportedly planning to investigate NBN pricing policy. Outlets like the Herald Sun are saying NBN prices are “higher than promised” and consumer groups such as Australian Communications Consumer Action Network have started raising questions about NBN “affordability”.

Not to be left out on an issue on which he has been so vocal recently, Shadow Communications Minister Malcolm Turnbull added his voice to the cacophony, claiming Internode’s prices undercut the argument for the NBN as a whole — as well as the credibility of Communications Minister Stephen Conroy himself. “These serious gaps in the NBN business model will prove costly to taxpayers and more importantly, to internet users who may not be able to afford the hikes,” the Liberal MP said, comparing NBN Co’s projected pricing to Internode’s reality.

Now all of this sound and fury resulting from one little Internode press release has been quite glorious to behold. Rage, rage, burn and rage; of course the media (including Delimiter) loves a controversy and piling in on the NBN policy, WWF-style, seems to have become one of Australia’s favourite sports since the policy was first mooted in late 2007.

But as with so many tornadoes of media and political rage which tear through Australia’s national debate, the criticism currently being raised about NBN pricing unfortunately signifies nothing. Let’s step back a little and take a look at the reality of the NBN pricing situation.

As some wiser heads have been pointing out this week, nobody would every describe Internode’s broadband prices as ‘cheap’. On the scale of ISPs, the ‘node has always been a relatively premium provider; charging nerds in the know a little bit extra for quality customer service and a solid network. And, for the most part, Australia’s middle class has been more than happy to fork out for it.

In Australia’s broadband jungle, Internode is the equivalent of a the equivalent of a gazelle; fast, with a decent amount of meat on it and catchable by the wise hunter. But nobody would ever accuse the company of competing on price; for a fat juicy warthog of quota that can’t run away you’ll need to sign up with a rival provider. Of course, you may feel queasy after dealing with a customer service team in Manila; but stuffing yourself with bacon has never been the best option for your health.

Cashing in on the ‘high price’ hype generated by Internode, ISPs like Dodo have already started announcing cut-rate plans less than $40.

Wow. What a massive price differential! $10 more per month, for a broadband service with better speeds, better latency, better reliability and the ability to instantly churn to a different ISP without waiting weeks for your connection to be switched over. Sounds like a bargain.

Sure, you’ll pay a little extra if you want faster speeds. But that extra is again very minimal — it seems like if you add $10 onto any of Internode’s NBN plans, you’ll go up a speed tier — from 12Mbps to 25Mbps and from 25Mbps to 50Mbps. You’ll pay a little more if you want to go to 100Mbps speeds, but we’re betting most people won’t need those speeds initially — and by the time they do, in a few years, the market will have gradually pushed prices down quite a bit.

Will Australia’s vast and affluent middle class be happy to pay a little extra on the NBN to get up to 50Mbps speeds with a decent download quota? Absolutely they will. We’re a nation which heartily upgrades our smartphones and laptops every year or so, has spent the last year purchasing hundreds of thousands of iPads and considers a regular holiday to Thailand a normal event. Internode’s prices are moderate — but even then we’ll have no problem affording them. For those who can’t, there will be options as well.

We’re actually betting that as Australia becomes more familiar with broadband and bolt-on services like IPTV become popular, the nation will spend *more*, not less, on telecommunications. After all, this has been the trend over the past several decades … we started with basic telephone lines, then added dial-up Internet and mobile phones. Now everyone pays quite a bit for broadband every month, as well as smartphone plans that include data and even separate plans for our tablets.

Now normally we find it hard to agree with Communications Minister Stephen Conroy on most things. With a penchant for putting his foot in his mouth and a habit of espousing draconian Internet censorship schemes in Australia, Conroy isn’t our favourite person. But on the issue of NBN pricing this week, we find ourselves in complete lockstep agreement with the good senator.

“There are many companies yet to put their pricing in and we expect to see robust competition taking place which will see consumers better off because of NBN, as pricing becomes more and more competitive,” Conroy told the ABC’s AM program this week.

In short, this is a market in transition, and the complete picture is not clear yet. So sit down, shut up and get your credit card out. You’ll need it when the NBN fibre is rolled out to your neighbourhood and you suddenly find you can choose between vast numbers of decently priced NBN plans. Assuming any different is going to be an exercise in pointless rage — and Australia’s collective blood pressure is already high enough.