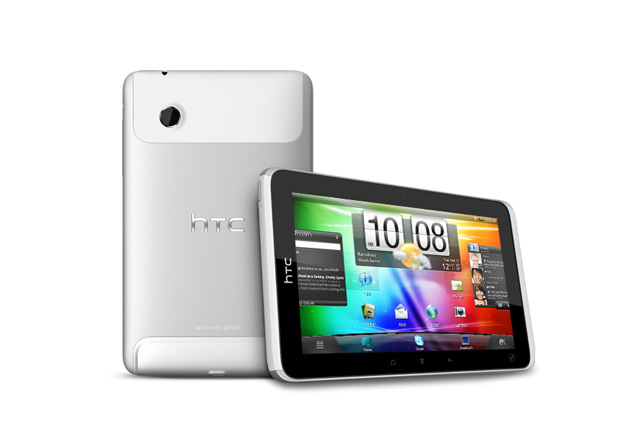 Taiwanese electronics giant HTC has refused to confirm any plans to launch its flagship Flyer tablet in Australia, after unveiling the device to international interest at the Mobile World Congress conference in Barcelona yesterday.

The company has demonstrated a strong commitment to Australia over the past year, launching a slew of handsets locally, with its HTC Desire and Legend ranges being well-received by the local market and enthusiastically marketed by all of the nation’s mobile telcos.

In addition, this morning Telstra revealed plans to bring the HTC Desire S handset also launched at Mobile World Congress to Australia this year, continuing its relationship with HTC which kicked off with the launch of the original Desire in April last year.

However, pressed specifically on the issue of whether the Flyer tablet would launch in Australia following, HTC’s statement at the launch that it would be available “globally during Q2 2011”, a local HTC spokesperson said the company had “not additional announcements to make regarding local availability of other devices”.

The Flyer is just one in a slew of tablet devices that have been unveiled over the past month at the Mobile World Congress and CES conferences in Spain and the US respectively, although few companies have confirmed plans to bring the devices to Australia — leaving Apple’s iPad with an almost unrivalled dominance of the Australian tablet scene. The company is expected to launch the next version of its flagship tablet in mid-2011.

Companies like Motorola, LG, HP and Research in Motion have all demonstrated tablet devices over the past few months. However, few of the companies have confirmed plans to bring the products into Australia.

One significant exception has been Samsung, which on Monday this week confirmed it would bring a larger version of the tablet to Australia in the second quarter of this year through Vodafone. The company already has Australia’s most hyped Android tablet on sale locally in the form of the Galaxy Tab, which eclipses most other Android-based tablets available in Australia in terms of its technical specifications.

However, other options do exist. Dell has already started selling the first model in its Streak line-up locally, while both Optus and Telstra have had self-branded tablets available locally since late 2010 — manufactured by Chinese companies like Huawei and ZTE.