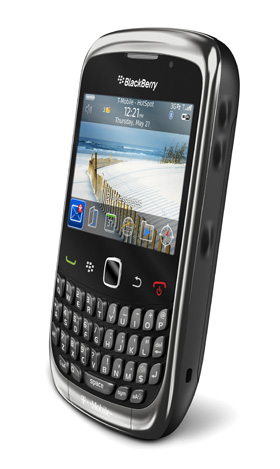 opinion I was having coffee with two high-ranking technology executives several weeks ago when a funny thing happened.

After we sat down and ordered, they pulled out two mobile phones each and plonked them down on the table in front of them to keep an eye on their calls. Each had one iPhone and one BlackBerry.

Left stupefied as I held my single, lonely iPhone, I asked what the point was of carrying around two handsets. The answer? Their company — a major international technology vendor and household name — didn’t support the iPhone because of security reasons, but they wanted to use the Apple device personally, so they carried around two phones — one for personal calls, and one for work.

This is the reality that Blackberry maker Research in Motion is currently facing in the Australian marketplace. Its products are no longer considered hot in the minds of executives in either the business or government sectors. People only use BlackBerrys because they have to — a bit like IBM’s Lotus Notes.

The Canadian giant for many years had a virtual monopoly on the provision of secure, reliable mobile email service to large local corporates. That edge is now speedily being eaten away by the iPhone and hot Android phones like the HTC Desire — which do everything that the BlackBerry does and more (apart from funnel all your email through an encrypted tunnel to Canada and back).

The magnitude of the BlackBerry pullback was dramatically revealed by the Australian Financial Review this week, which published a lengthy article exposing just how vulnerable RIM’s soft underbelly truly is locally.

Quoting chief information officers from iconic local companies like Commonwealth Bank, Woolworths, Star Track Express and Lion Nathan, the AFR pointed out that RIM’s market share was under siege in Australia by the Apple and Google platforms.

When massive organisations like CommBank and Woolworths purchase technology for their employees, almost the most important issue on the table is manageability. When you’ve got tens of thousands of staff, it has to be — you simply cannot allow free reign when it comes to each employee’s personal handset preference and have to take into account the needs of the whole organisation.

The fact that such large companies are even considering opening up their purchasing policies to the consumeristic and chaotic world of the iPhone and Android platforms reveals how strongly employees are pushing for the shift.

Research in Motion’s plans — revealed this week by the Wall St Journal — to release a tablet device to rival the iPad and the incoming wave of Android tablets (hello, Samsung Tab) will do nothing to reverse this trend.

As we chronicled today, the iPad has already started making its way into Australia’s education departments, and it was already an item of desire amongst knowledge workers such as lawyers, financiers and top-level leaders of every stripe.

When virtualisation giant VMWare held a press lunch a few weeks ago, local MD Paul Harapin confessed he seldom takes his laptop with him on travels around the nation — he now uses an iPad. It’s a similar situation with Internode managing director Simon Hackett.

During the election campaign, former Opposition Leader and now Shadow Communications Minister Malcolm Turnbull went out of his way to take a journalist to the Bondi Junction Apple store to help them kit out their iPad. And the Liberal heavyweight uses his own to Twitter away in Parliament.

(Communications Minister Stephen Conroy doesn’t have an iPad that we know of, by the way, but he does have an iPhone — when his daughter’s not wrecking it)

And RIM’s new tablet won’t even be next in line for adoption.

The current darling of the early technology adopter set in Australia is the Samsung Tab, a device in a tablet form factor running Google’s Android platform. The Tab is set to launch this year and is apparently already being tested by Australian carriers.

You can imagine the conversations that BlackBerry account managers will have with their clients when they explain that RIM’s own tablet — if the Wall St Journal is to be believed — doesn’t even have 3G mobile broadband access. “But do you know where we can buy the Tab?” RIM’s customers will ask.

The only bulwark between further RIM loss of market share in Australia resides in the prized certification of its handsets as secure by the Defense Signals Directorate — one of Australia’s peak security groups and the body which approves devices for use by Australia’s public sector.

Currently the DSD only has Windows Mobile and BlackBerry on its list of approved mobile operating systems. The existence of this list is the reason why much of Australia’s public sector — including politicians, who are known to perennially grumble about the restriction — remain officially shackled to the BlackBerry in terms of accessing their corporate email.

But all it will take is for Apple and Google to put their mobile platforms through the arduous hoops that the DSD demands for even that dam to be swept away by the consumer smartphone tide.

Corporate giants like the Commonwealth Bank and Woolworths, of course, don’t have even that restriction to worry about. Expect RIM to find even those happy old hunting grounds to become increasingly scarce of game in the next 12 months.

Of course, RIM might be down, but it’s not yet out. It’s new tablet is reported to feature a bold new operating system. And the company has great and established relationships with all of Australia’s carriers and most of the large corporates.

But it will take a drastic change in RIM’s current technological strategy — most likely, a fast switch to the Android platform, along with some awesome new hardware and proprietary software layered on top — to stem the tide and bring the desirability of the company’s devices up to speed with the likes of HTC and Apple.