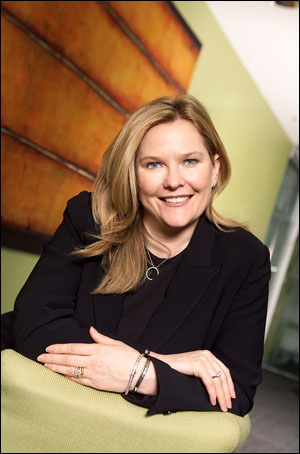 Microsoft has promoted local executive Pip Marlow to a role leading its Australian subsidiary, in the wake of the bump upstairs of its former local chief Tracey Fellows to Asia-Pacific responsibilities.

Marlow was previously Microsoft Australia’s public sector director, and also held the role of Enterprise and Partner Group director, reporting to Fellows before her departure. Fellows’ departure was revealed in early December, with the executive being promoted to the position of area vice president for the software giant’s Asia-Pacific operations.

At the time, Delimiter named Marlow as one of several high-profile executives at Microsoft Australia who could potentially be a candidate to replace Fellows.

Marlow has been with the software giant for 15 years, after joining in 1996, when she held responsibility for anti-piracy efforts, and the company’s system builder channel and distribution strategy. In 1997, she transferred to Microsoft’s US operation, holding what the company today described in a statement as “key roles” relating to its OEM, distribution, channel and partner programs.

In 2004, Marlow returned to Microsoft Australia to lead its small and medium business team, before she was later appointed to lead the company’s public sector and enterprise and partner businesses. She has previous helped found a large Australian storage distributor – Agate Technology – and has also worked for Samsung.

The executive has an international background, having been born, raised and educated in Palmerston North, New Zealand, but marrying a Scottish man and now living in Sydney with two daughters.

Fellows said she was both “confident and proud” handing the reins over to Marlow, stating today that she had contributed much to the company and deserved the appointement. “Pip’s local experience gives her many strong customer and partner relationships that will continue to grow in this new role,” she said.

For her own part, Marlow said she was “excited” by the opportunity, and noted it was a period of significant change in the industry as businesses and consumers adopted cloud computing solutions. Microsoft has recently unveiled a marketing push in Australia aimed at promoting awareness of its cloud solutions.

Marlow might have had an illustrious career in the technology sector – but that doesn’t mean the executive doesn’t need to let her hair down. According to what appears to be the executive’s Twitter profile, she recently attended the Oprah Winfrey show when it hit Sydney, with Marlow posting a number of photos of the stage using the Twitpic image sharing site.

“Getting ready for a cocktail party with Oprah – what to wear!” she wrote on 11 December. And on 7 December, to Fellows, “I had a disco light happening in one room.” And on 4 December the executive congratulated Fellows on her appointment. “She will be missed here!”, she wrote.

On 30 November the executive wrote she was “out at party with cool chicks”, and earlier it appeared that Marlow had climbed Mt Kosciuzko as part of a charity effort for the Humpty Dumpty Foundation. “Made it up and down Mt Kosi,” she wrote. “Snow fight a moment I will never forget.”

And previously: “Made the summit. Missing champagne!”