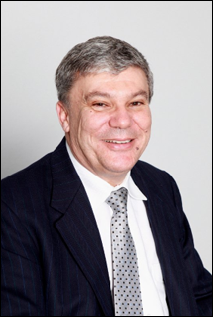 Maverick entrepreneur Peter Kazacos (pictured) is once more directly in control of a mid-sized technology services company in Australia, with local listed player Anittel noting this morning the executive would add the managing director role to his existing chairman duties, following the immediate departure of incumbent Ilkka Tales.

Tales was appointed chief executive of Anittel — formerly Hostech — in March last year, and has led the company through an intense period of acquisitions and growth that has also resulted in financial and headcount expansion — from $6 million in annual revenue to $60 million, and from 20 staff to 190 today.

The executive was previously well known as the chief executive of internet telephony provider Engin, which is now part of the Seven Network — as well as having held senior positions at a number of other companies, such as Telstra and Phillios Communications. He is also chairman of MoGeneration — a local iPhone application development house.

But in a statement issued this morning, Anittel — which focuses on the small to medium business market — revealed Tales would step down “immediately”, with chairman Kazacos to step into the managing director role.

“Anittel has made significant changes to its operational structure, management and board make-up since revising its profit forecast in December 2010. This leadership change is the culmination of a strategic shift to organic growth and a reinvigorated focus on recurring revenue streams,” said the company in a statement thanks Tales for his service and noting he would remain as a director of its board.

For his part, Kazacos — well known for founding the large KAZ IT services business and selling it to Telstra in 2004, as well as his role in founding Anittel — said the company was now “fully geared” to capitalise on organic growth opportunities in the coming 12 months.

“Without ruling out future acquisition opportunities, we will now ramp up the marketing of our managed IT and telecommunications services, whilst maintaining a tight reign on expenditure,” he said. “I remain committed to our growth in regional Australia with local expertise and support services, and am confident that our offer will continue to enjoy broad acceptance.”