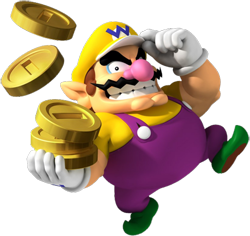 Nintendo Australia announced today that it will slash $100 off the price of its flagship Wii console from $399.95 to $299.95, effective tomorrow, 29th April.

This is the first price cut for the Nintendo Wii in Australia since its local launch in December 2006. 1.79 million consoles have been sold in Australia since the launch date. In the past the console came bundled with games and/or peripherals to make it more attractive to consumers.

The Australian price cut comes seven months after the USA and European price drop to US$199.99 (A$217.66 under current exchange rates) and EUR199 (A$285.70) respectively in September 2009. Another Wii price cut has already been called for by analyst, Mike Hickey, who would like to the see the US price cut to US$150.

The Wii price cut coincides with the release of Capcom’s fantasy game Monster Hunter Tri for the Wii, available for purchase bundled with the new Classic Controller Pro. Consoles and the Classic Controller Pro would be available in the original white casing and in the new black casing. Monster Hunter Tri will offer online play and speech capability with other players utilising the Wii Speak Accessory.

The Monster Hunter franchise is immensely popular in Japan, Monster Hunter 3’s Japanese release in August 2009 sent it rocketing to the top of Japan’s sales charts. Sales of the Wii quadrupled that week in Japan when the Monster Hunter 3 release coincided with the launch of the black Wii.