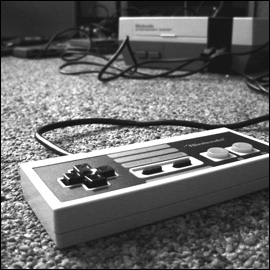 This morning, Nintendo revealed Customs had seized a number of the R4 cartridges which allow piracy on its handheld DS and DSi consoles, as well as other game products claimed to be counterfeit.

“Customs regularly contact us to advise that they have detected in particular counterfeit Nintendo products being shipped into Australia,” said a Nintendo spokesperson in an emailed statement. “They generally forward photos of the products and ask us to determine whether they are counterfeit and if so, whether they want the products seized.”

Customs will then send a seizure notice to the importer of the goods, the spokesperson said, who can object to the seizure. “However, this has (to Nintendo’s knowledge) never occurred,” they said of possible objections.

In the case revealed this morning, the R4 cartridges and other goods were detected in a large parcel sent from overseas. Customs then reported the finding to Nintendo, who requested the goods be seized. Nintendo said it was the first case where Australian customs officials had seized game copiers of this type — ie the R4 cartridges.

Nintendo would not reveal the identity of the importer of the products seized today, due to what it said were privacy issues.

However, the company’s spokesperson said there would be no charges filed as a result of the seizure. “The importer has provided us with written undertakings that it will permanently refrain from importing, distributing and selling game copiers and other counterfeit products,” they said. “The importer also agreed to the confiscation and destruction of the shipment.”

The R4 cartridge — which is popular internationally — runs its own operating system for Nintendo’s DS and DSi handheld devices. Individual games and other applications, some of them purporting to be legal, can be downloaded from the internet as small files and simply added to the chip’s storage.

The cartridge is then slotted into the top of a Nintendo DS or DSi as any other cartridge would be. It does not permanently modify the handheld console. It is sold by a number of Australian and international distributors.

The legality of selling the device in Australia is currently up in the air, due to the fact that Nintendo recently took legal action against RSJ IT Solutions, a retailer which operates the GadgetGear.com.au website and had been selling the R4 cartridges.

Nintendo came to a settlement with the company several weeks ago which involved damages being paid to the video game manufacturer of $620,000 and the retailer’s stock of R4 cartridges being destroyed. At the time Nintendo said it was considering pursuing similar action against other sellers of devices that allow games to be illegally copied for use on its consoles.

But in a statement subsequently issued, law firm Berrigan Doube, which represented RSJ, said the legal issues were not decided in the case because it was settled out of court.

Customs has not yet responded to a request for comment on the issue — including the issue of whether it considers the devices to be illegal in Australia.