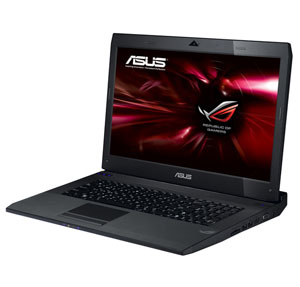 Hardware manufacturer ASUS has revealed plans to bring laptops to Australia utilising NVIDIA’s new Optimus graphics technology, which can automatically switch between using a device’s integrated or discrete video cards depending on the task being performed.

NVIDIA launched the technology in the past several weeks, saying it would deliver notebook PCs the perfect combination of graphics power and battery life. Hardware testing site Anandtech wrote that users in the market for a laptop with a dedicated graphics card would want to buy a laptop with Optimus in-built.

“With Optimus, there’s no excuse left for skipping out on switchable graphics. It’s seamless, it doesn’t add to the cost or R&D efforts (other than a small fee to NVIDIA that can easily be absorbed into the GPU cost), and even technophobes can benefit—whether they know their laptop is switching between GPU modes or not,” the review site wrote.

Dedicated graphics cards are most in demand for users who need to do video or 3D image work on their machines, or who play computer games or use other graphically intensive applications.

ASUS said its UL50Vf and U30Jc slim and light laptops, as well as its N61Jv “multimedia” model, would feature the Optimus technology and be available from major retailers in coming months, as well as distributors Ingram Micro and Synnex.

Separately, ASUS also this week revealed it would launch locally its latest Republic of Gamers branded laptop aimed at the computer gaming market.

ASUS is throwing in a backpack and a “gaming” mouse and headset with the package, which goes for a recommended retail price of $2,699.

The manufacturer claimed the notebook has been designed with comfort in mind, with all heat- and noise-generating components located at its rear, and the keyboard is inclined by 5 degrees, which ASUS said would improve ergonomics for the user.