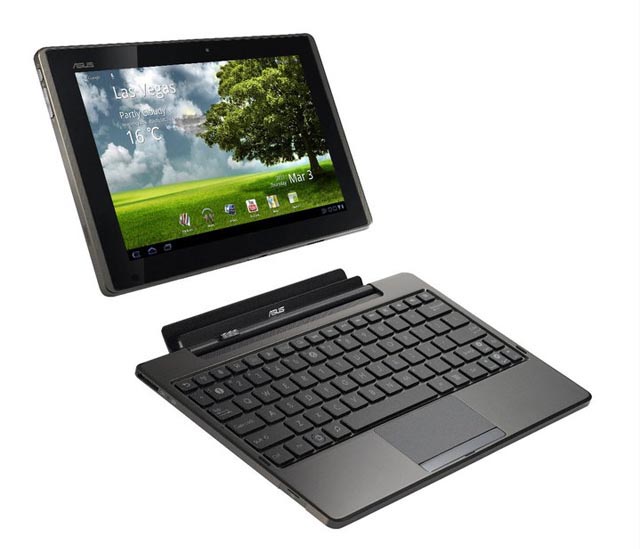 Taiwanese electronics giant ASUS has outlined local launch dates for a number of its tablet devices to hit the Australian market, including its flagship Eee Pad Transformer combination tablet PC, which the media will be briefed on in a week’s time.

In a statement this afternoon, the company noted that it announced four tablets at the CES conference earlier this year — the Eee Slate EP121, the Eee Pad Transformer, the Eee Pad Slider and Eee Pad MeMO.

“The Eee Slate EP121 (RRP $1,499) was the first one to become available in Australia, in mid-April this year,” ASUS said of the Windows 7-based device. “The Eee Pad Transformer will be next to launch locally, but we won’t be able to reveal local pricing and availability details until our local launch day next week.”

The Eee Pad Transformer is one of a number of tablets announced over the past several months and based on version 3.0 (Honeycomb) of Google’s Android platform; like many competitors it features a dual-core NVIDIA Tegra processor, a 10.1″ touchscreen and Wi-Fi connectivity (although it does not boast 3G connectivity, unlike Samsung’s Galaxy Tab and the Motorola Xoom).

However, unlike most of its rivals, the tablet offers the ability to ‘transform’ into a more laptop or PC form factor with a full docking station featuring a keyboard and trackpad, as well as an on-board battery which increases its useful life substantially.

Meanwhile, ASUS is also planning to launch its Eee Slider and Eee MeMO devices in Australia in the third quarter of 2011, although no availability and pricing details are available yet. The Eee Slider is a 10.1″ tablet running Honeycomb, with a keyboard that slides out from under the device. The MeMO is a 7″ tablet not dissimilar from Samsung’s 7″ Galaxy Tab, which was steeply discounted in Australia after it launched locally in late 2010.

Where similar devices without 3G mobile broadband access have launched in Australia, they have tended to do so through major electronics retailers such as Harvey Norman or JB Hi-Fi. Tablets with 3G included — with the exception of Apple’s dominant iPad device — have tended to launch through mobile telcos such as Telstra, Optus and Vodafone.

ASUS’ launch plans come as a number of its rivals have already entered or are shortly planning to enter the Australian market with their own tablet devices; Telstra will shortly launch the Motorola Xoom with a brief exclusivity period, followed by Optus, and Vodafone is focusing on the 10″ version of Samsung’s Galaxy Tab. All of the local telcos already launched the 7″ version of the Galaxy Tab late in 2010, but cut prices drastically on the device early this year as new devices entered the market.