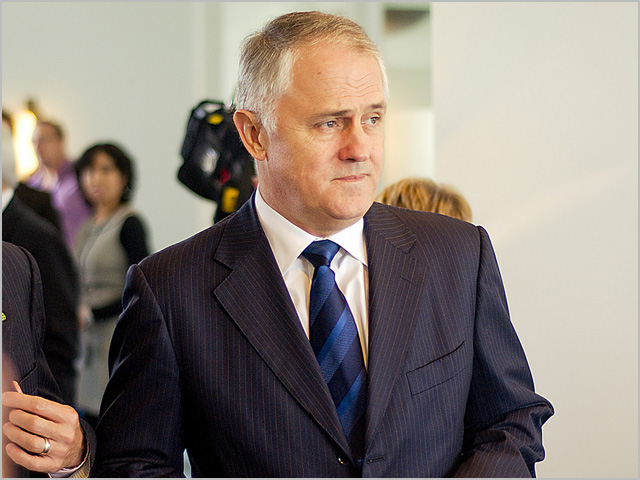 news Malcolm Turnbull has flatly ignored a request to retract a highly inaccurate claim the Communications Minister made on national television last week in an attempt to discredit an important internal NBN Co analysis casting doubt on viability of the Coalition’s NBN policy.

In a series of articles published late last week and early this week through the Sydney Morning Herald and ZDNet Australia, freelance journalist David Braue has detailed the contents of an internal document produced by NBN Co for the Department of Communications during the Caretaker Period immediately prior to the Federal Election in September.

“This document is A. Out of date and B. Defending a failed project,” Turnbull said on Friday. “It has no credibility, absolutely none. Fairfax should have actually made it quite clear what the problems of that document were, and the truth is, that we will know what is actually going on with the NBN very soon, because there is a big strategic review under way at the moment, being overseen by the board of the NBN Co.”

Turnbull’s statement that Labor’s NBN project failed is accurate. Former Communications Minister Stephen Conroy has publicly acknowledged that the contractor construction model which Labor initiated for the NBN had failed, as NBN Co has repeatedly failed to meet its targets over the past six months and its relationship with a number of its contractors has collapsed.

It does not appear that Conroy, who was the Minister at the time Turnbull claimed the document was created, is aware of the document.

Based on Braue’s evidence that NBN Co’s analysis was created during the Caretaker Period immediately prior to the September election, 24 hours ago, Delimiter invited Turnbull to retract his comment on national television that the document had been created six months ago for Labor.

Turnbull’s spokesperson has not responded to a request for the Minister to retract the comment.

opinion/analysis
The importance of NBN Co’s internal analysis of the Coalition’s NBN policy is up for debate. Personally, I do not believe that some of the claims in the document are actually that accurate — or at least that they are presented devoid of context.

Take the document’s claim that NBN Co cannot offer a guaranteed 50Mbps broadband service using a FTTN rollout. Braue painted this as a bit of a killer for the Coalition’s NBN policy in a specific article on the subject.

While it is true that many households will not be able to receive these speeds, it is also clear from statements made by NBN Co chief technology officer Gary McLaren, as well as Telstra and network equipment supplier Alcatel-Lucent, in addition to the evidence of several international FTTN deployments and the local FTTN TransACT deployment in Canberra, that very high speeds are not out of the ordinary at all on FTTN networks, including in Australian trials.

And most Australians would welcome any decent speed improvement on their broadband service, even if it was not a “guaranteed” 50Mbps connection. As ex-NBN Co chief executive Mike Quigley said this week: “Even though I live in the middle of Sydney, my current peak speed on my ADSL2+ service is about 8Mbps. An increase to 25Mbps by 2016 and to 50 Mbps by 2019 would be an improvement. So, like many other Australians, I do hope that NBN Co, under its new management, can make that happen for me.”

There is also the fact that the Coalition’s NBN policy is very much up in the air at the moment, pending NBN Co’s Strategic Review, and that it has changed (for example, incorporating Fibre to the Basement options) since it was first outlined in April this year.

However, what is not up for debate any more is the provenance of the document Braue has gained access to. Braue has provided conclusive evidence that this document was created by NBN Co during immediately prior to the September election.

There is no doubt that Turnbull, the Department of Communications and NBN Co are able to determine the truth of this statement. Each party involved here — the Minister, the department and NBN Co itself — is able to access and read this document created by NBN Co. Each is able to determine its date of creation. In this context, it is simply extraordinary that Turnbull will not retract his claim on national television last week that the document was six months old.

I do not accuse the Minister of consciously lying. There is no direct evidence that Turnbull knew of the date of creation of the document when he made that statement on the Today Show. However, what is very clear is that Turnbull has not since corrected his statement. Neither has the Department of Communications or NBN Co clarified the date of creation of the document. All of these parties have an obvious responsibility to do so.

It is part of any journalists’ role to ensure that politicians, especially Ministers, are not allowed to make demonstrably false statements without being fact-checked.

Minister, last week you made a highly inaccurate statement on national television regarding the date of creation of a highly important and sensitive document relating to the NBN rollout and the Coalition’s NBN policy. You, your department and NBN Co itself are all aware that statement was false. I invite you again to retract your inaccurate statement and correct the record. And I invite the Department of Communications and NBN Co to consider the implications of allowing the Minister’s inaccurate comment on this matter to sit in the public domain uncorrected.

Minister, I would invite you also to release the document in question for public analysis. But then, we have learnt not to expect the level of transparency from the Coalition in the Communications portfolio that you have previously promised.