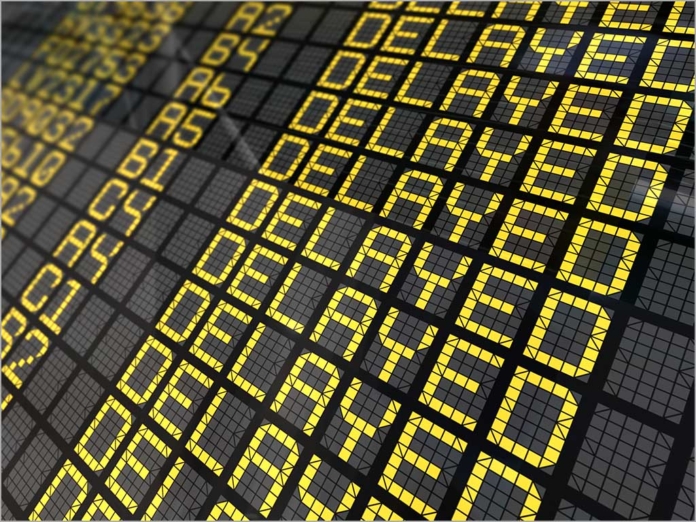 news Analysis conducted on the NBN company’s latest set of rollout plans has shown that around 105 areas currently slated to receive the Coalition’s Multi-Technology Mix approach to the project are significantly delayed, in a move that will affect almost 300,000 premises.

Over the past several weeks the NBN company completed its regular update of its public rollout plan. The documents are available publicly through the website of Telstra’s wholesale division.

The plan covers the rollout of all of the NBN technologies — Fibre to the Premises, Fibre to the Node, HFC cable, Fixed Wireless and Satellite — and serves as a guide to customers and retail ISPs such as Telstra, Optus and TPG as to when they can expect the NBN to come to their area.

However, according to independent blogger Kenneth Tsang, the plan shows that a large amount of areas to be predominantly covered by FTTN technology have been delayed. Delimiter recommends readers click here to read Tsang’s full article on the topic, as well as subscribing to his popular blog for future updates.

Most of the areas affected were scheduled to receive the FTTN technology which the Coalition has brought to the NBN technology. In its new NBN policy for the Federal Election, Labor has pledged to ditch FTTN and replace it with its preferred (and technically superior) Fibre to the Premises model.

A series of internal NBN documents leaked over the past year have appeared to show that there were significant problems with the FTTN rollout, leading to delays.

For example, in February this year, an internal document wanted that the FTTN rollout was suffering a “plethora of faults” and had gone badly off track.

The report pins much of the delays on issues with electricity companies, which appear to be having problems getting power to the neighbourhood ‘nodes’ used in a FTTN rollout. Other issues relate to cost.

And analysis of a second document leaked in April this year also purported to show that the FTTN rollout was behind.

Despite the series of leaks, the Coalition and the NBN company itself have refused to acknowledge any delays with the FTTN rollout.

Speaking in the Senate in March, for example, Communications Minister Mitch Fifield refused to acknowledge the legitimacy of evidence contained in leaked internal documentation, in which the NBN company’s chief network engineer explicitly stated that its Fibre to the Node rollout was categorically behind target.

opinion/analysis
Will the NBN company meet its rollout targets for MTM technologies this year? I have no doubt that it will. The company has said so loud enough and often enough that I suspect it will smash those targets fairly easily, as an aggregate of its rollout.

However, are there problems with FTTN which have led to the technology’s rollout being delayed in many areas? Yes, definitely.

It’s pretty hard for the NBN company to deny that, when its own documentation has highlighted that issue repeatedly over the past six months.

Residents in many of the areas affected — especially those who have been delayed by six months or more — will not feel comforted by the fact that the NBN company has met its rollout targets in general. They will just want to know whey it is taking many months longer than previously projected to get better broadband to their premises.