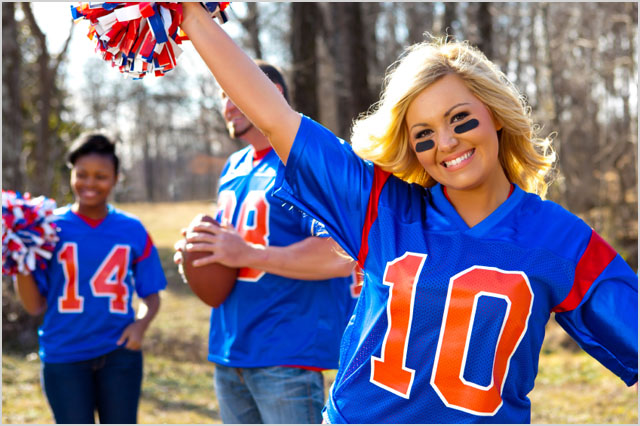 news Shadow Communications Minister Malcolm Turnbull has again heavily criticised Australia’s technology media for what he described as its “cheerleader” approach to the Government’s National Broadband Network, saying the nation was “let down by the so-called technology media” as it did not examine local events closely enough with reference to the global telecommunications sector.

The Member for Wentworth yesterday morning gave a speech to the Innovation Bay organisation in Sydney, a not-for-profit networking group which connects entrepreneurs with investors and mentors, as well as other stakeholders in the early stage technology sector in Australia. In general Turnbull’s comments (the full speech is available online here) focused on the dynamics of starting businesses in Australia – ranging from the investment environment to the tax situation for startups. Turnbull himself has been an investor in early stage startups and made much of his fortune through the success of early Australian ISP Ozemail.

However, at the conclusion of the speech Turnbull also went into what he described as a the “unbelievably uninformed” commentary in Australia’s technology media regarding Labor’s flagship National Broadband Network project, which Turnbull and others within the Coalition is being delivered too slowly and at too great an expense.

Turnbull said the Coalition was “absolutely committed to delivering the NBN sooner, cheaper and more affordably than the way Labor is going about it”. He added that the Coalition would not have set up a government-owned company – NBN Co – to meet this aim, but “it’s there and the job has to be completed”. “Leaving aside all the issues about competition and government ownership – happy to discuss them if you wish – the fundamental problem that the NBN has at the moment is that the network is being built far too slowly and at far too great an expense. And that’s an issue both for the people that are paying for it, that’s you in your capacity as taxpayers, and the people that will ultimately use it, that’s you in your position as consumers or business-people who are purchasers of the connectivity,” Turnbull said.

However, the Liberal MP stated, Australia was not being well-served by the technology media in discussing the dynamics of the NBN. “Is there anyone from the technology media here, by the way, anyone? No?” he asked the audience. “We are so let down. Again, I’m going to complain about the media.”

“We are so let down by the so-called technology media, here in Australia. The commentary about the NBN and the issues associated with it is just so unbelievably uninformed. I find it extraordinary—when did you last read a piece anywhere that goes into some depth about what’s being done in other countries – in comparable countries, whether it’s the United States or Britain or continental Europe or East Asia? You don’t see that and there is a sort of cheerleader approach to the NBN which is actively, actively misleading people. The truth is there is no country in the world that is spending the sort of money – anything remotely approaching the sort of money our Government is spending on broadband. There is no country in the world that is building a new Government monopoly customer access network.”

The Shadow Communications Minister added that the commentary on the issue in Australia was “just terribly, terribly ill-informed”.

“So I’m happy to talk about that if you’re interested. But it’s one of the things that we struggle about, where you ask yourself, ‘Why is it that the most parochial part of our media is in fact our technology media?’ It’s an incredible paradox because everywhere else – you know in the business pages, you are reading about what is going on in the international economy. You pick up the financial pages and you can get a very, very comprehensive run down of what’s happening in Europe and what is happening with the fiscal cliff in the United States. But with technology it’s just so inward-looking,” he said.

Turnbull’s comments this week represent only the most recent time that the former Liberal Leader has heavily criticised Australia’s technology media with respect to its NBN commentary. In August, for example, Turnbull said that “specialist technology journalists” were fanning a pro-NBN zealotry amongst tech-savvy citizens – those who wanted “the ultimate broadband”, regardless of more feasible alternatives.

And in July, Turnbull took to Twitter to accuse the ABC’s Technology & Games sub-site, which has been broadly positive towards the NBN project, of creating “relentless propaganda” to support the NBN, in a stance which Turnbull described as “embarrassing”.

However, not everyone agrees that Australia’s technology media has been broadly positive about the NBN. A recent analysis conducted by journalism professors at the University of Canberra, for example, found that the majority of articles about the NBN published by the nation’s premier business newspaper, the Financial Review, in a given six week period, were negative or neutral towards the project, with only a small amount being positive towards it.

In August, Communications Minister Stephen Conroy delivered a fiery tirade against the media for constantly repeating misconceptions about Labor’s National Broadband Network project, singling out the Financial Review newspaper for particular ridicule and recommending that those interested in accuracy read broadband forum Whirlpool.

There have been some factual errors published by Australian media regarding the NBN, but those errors have tended to be in articles criticising the project, rather than those supporting it.

Over the past several years, there have been a number of misleading articles published by various other local newspapers about the NBN. In December, the Australian Press Council expressed concern about the Daily Telegraph’s coverage of the Federal Government’s National Broadband Network project, backing a local critic’s complaint that three articles in a short period of time had contained “inaccurate or misleading assertions” about the NBN. Similarly, in March this year, another News Ltd publication, The Australian, published a correction to a story after it inaccurately alleged that a school in South Australia would have to pay $200,000 to connect to the NBN; in fact, the school will receive NBN access as part of the normal rollout.

opinion/analysis
In my personal opinion, Australia’s media has been heavily critical of the NBN project in general since its inception (you only need to read The Australian or The Financial Review to have this impression reinforced), although I do agree with Turnbull that the niche of Australia’s technology media has been broadly positive about the project.

Also in my personal opinion, there is a reason for this. Mainstream journalists in Australia, by and large, do not understand the detailed technical and industry dynamics underpinning the NBN project, which have been threshed out in constant debate over most of the past decade. Simply put, those mainstream journalists have generally not been a meaningful part of that debate. When they look at the NBN, they see a slow-moving monopolistic government project which requires large amounts of capital

In contrast, technology journalists such as myself, who have been covering the NBN issues day in and day out for most of that past decade, do understand the debate. And along the way, as the national NBN debate has gradually worked through and resolved most of the issues around the project (and government policy and NBN Co’s approach has changed to reflect that understanding), most of Australia’s technology niche media has come to view the project broadly in a positive light. The reason for this is that the NBN is objectively a positive project. It is being delivered by competent people, it has the right aims, the population overwhelmingly supports it, and it’s using the right technologies to plan for Australia’s long-term future.

Despite this, I don’t agree with Turnbull that Australia’s niche technology journalists have given up their objectivity and become ‘cheerleaders’ for the NBN. I personally have written many articles noting positive aspects of the Coalition’s rival policy (see here, here and here, for example), and we have also written a number of articles examining the international situation (see here, here and here, for example).

Turnbull appears right now to be feeling as though the Coalitions’ NBN message isn’t getting through. But I think in this case his criticism has the wrong target. Australia’s NBN debate right now is slanted towards the NBN, but not because the media is biased towards it. It’s slanted towards the NBN because it’s a fundamentally better policy than the Coalition has put up so far. As I wrote yesterday, the Coalition’s NBN policy is a good policy. But Labor’s NBN policy is demonstrably better. I will take this opportunity to remind the Member for Wentworth that he has still not responded to a series of fundamental questions about the Coalition’s rival policy which Delimiter put to him some three months ago. Maybe when he does, we can have a real debate and stop these complaints about a media which is more than willing to listen to anything Turnbull – with his sky-high public profile and electorate popularity – has to say.

PS: For the record, Mr Turnbull, I have had the pleasure of attending an Innovation Bay dinner in the past. I’ll see what I can do to get to future events. It’s not always possible — I do have my own small business to run as well — but the Innovation Bay guys are a great bunch and critical to Australia’s IT sector. It’s good to see the Coalition supporting them and Australia’s IT startup sector in general. Delimiter will try to do the same.