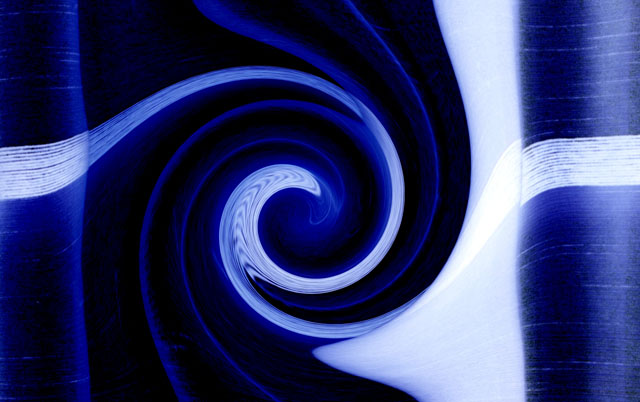 This article is by Glenn Fuller and Jason Wilson, both of whom are assistant professors of communications and journalism at the University of Canberra. It was first published on The Conversation and is re-published here with permission.

analysis The presence of “trolls” in online forums is often portrayed as a blight on constructive debate, but a recent stoush indicates political discussion by antagonistic online users may not be all bad.

You may have read about the recent war of words between Opposition communications spokesperson Malcolm Turnbull, the national business daily, the Australian Financial Review (AFR), and Minister for Communications Senator Stephen Conroy. The topic of discussion: the quality of reporting and commentary about the National Broadband Network (NBN) infrastructure project.

Yesterday the AFR reported Turnbull as having said technology journalists were fanning a pro-NBN zealotry among tech-savvy citizens who wanted the ultimate broadband regardless of more feasible alternatives. It follows up comments made by Senator Conroy at a recent press conference about NBN Co’s new corporate plan. Conroy expressed a preference for a thread on the Australian broadband user website Whirlpool over the AFR when it came to NBN coverage:

“For those interested in a comprehensive discussion of the issues I can recommend to you the Whirlpool website and particularly the thread titled ‘Fighting the FUD’. It is a very informative thread and I would encourage you to have a look at it. It does address a few of the issues that we debate regularly.”

Analyse this
Prompted by Senator Conroy’s comments and as part of an ongoing interest in the nature of online political discussion – with a specific focus on practices commonly regarded as “trolling” – we have surveyed recent stories in the AFR on the issue.

Our analysis of 51 published articles mentioning Senator Conroy over approximately the past six weeks indicates the AFR is certainly not a fan of the high-speed internet infrastructure project, nor of the Senator. In all stories on Conroy, there were only four positive headlines and 18 neutral ones – 29 (more than 53%) – were negative. (A Google spreadsheet with all the data is available here.)

A number of headlines personally attacked the minister: Conroy does a Comical Ali compared him with the delusional Iraqi information minister; and Conroy slow off-piste contained an ironic allusion to his skiing holidays with media moguls. The NBN itself was described in the AFR’s headlines as: “hopelessly behind targets”, “a big picture idea that still looks a bit fuzzy”, and a “broadband mess”. Most discussions were premised on the idea that the project was a failure in the making.

The few positive stories did not praise Conroy, but instead offered guarded and isolated accounts of pleased users, or events which may or may not drive subscriptions to the network. So Conroy has no reason to be pleased by the AFR’s coverage.

A mixed bag
Certainly, discussion of the NBN on Whirlpool is not as unremittingly hostile as in the AFR, although it certainly features vocal critics of the infrastructure project. The difference is that it takes the form of an ongoing, multifaceted debate in which supporters of the project are on-hand, and able to engage with detractors on the details of the plan.

The Whirlpool thread mentioned by Senator Conroy features users discussing, and frequently disputing, the details and relative merits of the NBN. To date this thread has extended over ten separate parts. (A common practice on forums is to break off a thread when it reaches a large number of pages, and begin a “new” thread as an extension of the old one.)

A shorter version that indicates the character of discussion about the NBN on Whirlpool is this thread discussing IT news outlet Delimiter’s article about Conroy preferring Whirlpool over the AFR. Here, as in the longer threads, users cycle around familiar disagreements on the political, technological and financial aspects of the NBN.

Often, as is the case in so many online forums, this debate is ill-tempered or repetitive. Occasionally users are mean-spirited or deliberately disruptive. Long-standing participants do not shift their positions – these users are not interested in a deliberative compromise, or in altering their political commitments or allegiances. The forums are not an ideal deliberative-democratic space in which rational consensus emerges. Indeed, there is often enough behaviour which might be regarded as trolling – where users are deliberately and gratuitously confrontational, make ad hominem arguments, or attempt to derail or obfuscate debate.

What Senator Conroy may have realised, though, is that, as in other online forums, this kind of conflict is not simply negative in its effects. Indeed, we can think about its forms of conflict and antagonism as generative and productive. The rolling confrontation between opponents and proponents of the NBN produces more nuanced and detailed arguments than are often found in mainstream reporting, even if this detail does not emerge in the coherent and linear format of newspaper reporting and analysis.

Conroy is right to recognise that the Whirlpool threads on the NBN are one of the richer repositories of publicly available information on the project. But this is precisely because they are a site of relentless conflict about the value of the investment.

Dissing the point
Mainstream media often dismisses online forums, blogs and social media as constituting any sort of viable alternative to traditionally constituted, “quality” print and broadcast media. One of the reasons often given is the intemperate nature of online discussion, which is connected by critics with their easy accessibility, their lack of gatekeepers, and the anonymity or pseudonymity that they afford to users.

There is, at the moment, what can only be characterised as a global moral panic about “internet trolls”, a phrase that in the hands of the mainstream media can encompass a wide range of conflictual or antagonistic behaviours online. But clearly, relationships of antagonism pervade contemporary democracies – indeed democracy is seen by some theorists as either a means of resolving inevitable conflict, or as only authentic where it is “agonistic”.

In the case of Conroy and the AFR, we can see an antagonistic relationship which might not only be necessary, but a good sign journalists are carrying out an appropriately forensic and adversarial form of policy scrutiny. The question to be asked of the AFR reportage is whether the ultimate goal of the reporting on the NBN and Conroy personally is policy analysis or simply adversarial. In whose interests is it for the AFR’s readers to be presented with a continually adversarial engagement with the NBN project?

At a micro level, the Whirlpool threads offer one example of the way in which online debate, open to all-comers, can produce high quality, accessible policy information and debate.

The authors do not work for, consult to, own shares in or receive funding from any company or organisation that would benefit from this article. They also have no relevant affiliations. This article was originally published at The Conversation. Read the original article. Image credit: Hanspeter Klasser, royalty free