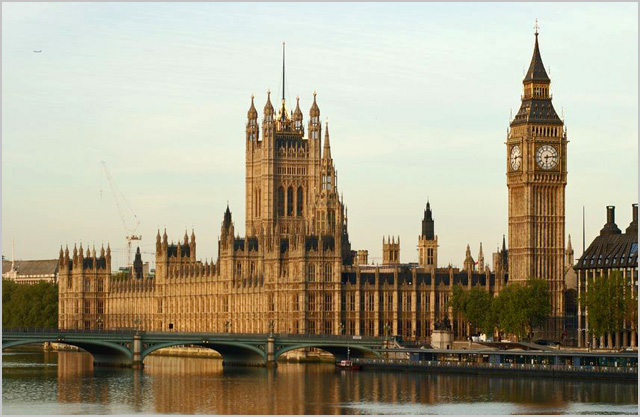 news British telco BT has revealed plans to modify its 80Mbps national fibre to the node rollout so that customers will be able to choose to have fibre fully extended to their premises, delivering a large speed upgrade to 330Mbps in the process and shifting its rollout model closer to Australia’s own National Broadband Network.

The telco’s Openreach division is currently focused on rolling out fibre across the United Kingdom, as part of what it calls its fibre to the cabinet rollout. Shadow Communications Minister Malcolm Turnbull has previously cited BT’s FTTN rollout as evidence that Australia’s copper network would be able to achieve 80Mbps download speeds if it were similarly upgraded to use FTTN technology.

Turnbull broadly sees the FTTN technology as being able to offer Australian broadband users a significant speed boost compared to the speeds currently available via ADSL broadband (up to 24Mbps) through deploying fibre to streetside cabinets, while not requiring the same levels of investment which the Federal Government’s more ambitious National Broadband Network plan, which would see fibre extended all the way to Australian premises.

However, according to a media release issued by BT’s Openreach overnight, the telco will continue to focus on its FTTN rollout, but also wants to make the more powerful FTTP deployment model available to those who want it and are prepared to pay for it.

“Openreach today revealed a list of eight locations where it will pilot the delivery of ‘FTTP on Demand’. This service, which Openreach intends to make commercially available from Spring 2013, will enable customers to order an ultra-fast 330Mbps broadband connection directly to their home or business in an area served by Fibre to the Cabinet technology,” the telco wrote. “Previously, in order to receive 330Mbps speeds, customers had to be located in an FTTP-enabled area.”

Mike Galvin, Openreach’s MD Network Investment added: “FTTP on Demand has great potential and so we are proceeding with these pilots. Whilst we believe FTTC will be our mass market consumer product for some time yet, FTTP may be of interest to small and medium sized businesses and so we want to make it accessible throughout our fibre footprint. This development can potentially help SMEs to compete both at home and abroad as well as maintain and create jobs across the UK.”

Most of the UK will receive BT’s FTTN rollout, which has so far reached ten million premises across the country and is slated to pass approximately two thirds of UK premises by the end of 2014. However, the telco has also deployed FTTP in 15 telephone exchange areas to date and is also exploring the option of deploying the service to multi-dwelling units such as apartment blocks, where the fibre can support multiple connections.

Under the FTTP extension trial announced this week, retail ISPs will be able to order the extension process where there is interest and then assist Openreach with the cost of deployment. “It will then be up to the [ISP] to decide whether to absorb that likely one-off charge, recover it through higher monthly prices or pass it on in full to their customer,” BT wrote in its media release. “The pilots will enable Openreach to gain an in-depth understanding of the costs of deploying FTTP on Demand. Any installation fee is highly likely to be distance dependent given the nature of the necessary work.”

US telco Verison has also recently flagged the need for speeds higher than FTTN can provide, earlier this month launching a 300Mbps broadband service with unlimited data quota included that uses the same fibre to the home technology as the National Broadband Network, stating that homes with multiple devices using high-bandwidth applications simultaneously need the extra speeds.

opinion/analysis
BT’s decision to trial a service where fibre could be extended from streetside nodes all the way to premises in some areas is fascinating for three reasons.

Firstly, it shows that there is continuing demand from businesses and perhaps residents in the UK for speeds faster than 80Mbps, which the speed BT is seeking to provide nationally through its existing FTTN rollout. This gels with new survey data emerging from Australia at the moment, which is showing a high level of demand for broadband speeds faster than 50Mbps, and evidence that most customers on the up to 100Mbps NBN are also taking up higher speed plans in real life adoption trends.

This issue was predicted by former BT chief technology officer Peter Cochrane in late April this year, in testimony given to the UK parliament. One problem with FTTN, Cochrane said at the time, went to the speeds which FTTN offered (generally considered to be up to 80Mbps at the moment, although they may be extended in future) compared with fibre, which will in future off 1Gbps on Australia’s NBN infrastructure. “What are the leaders doing? There is Sweden in greater Europe, and in the Far East you have Korea, Japan and China. They have a minimum level of 100 Mbps. That is where they start,” Cochrane said.

Secondly, the UK rollout shows that, as NBN Co has experienced in Australia in areas where its fibre rollout will not quite reach, there is demand for co-investment models for fibre to be rolled out beyond telcos’ planned fibre footprints, with local communities and perhaps other Internet service providers contributing investment to ensure that fibre gets where it is needed and not just where each country’s principle fibre telco has planned to roll it out.

We’ve seen quite a bit of this demand in rural Australia, where many councils are concerned that they will be receiving inferior wireless NBN infrastructure from NBN Co and want to make sure they don’t get left behind in the emerging digital economy.

Lastly, it would appear to show that deploying FTTN is somewhat of a short-sighted policy for a national telco to take. BT isn’t even most of the way through its existing FTTN rollout, and yet it is already planning to start extending fibre all the way to the UK’s premises in some areas, due to demand. In my opinion, this situation will only be exacerbated in a decade or so, when Internet traffic demands have grown significantly and more and more residents and businesses are calling for fibre to be extended from the node to the premise.

Interesting times indeed. I believe we may see the resolution of the FTTN versus FTTH debate over the next few years.