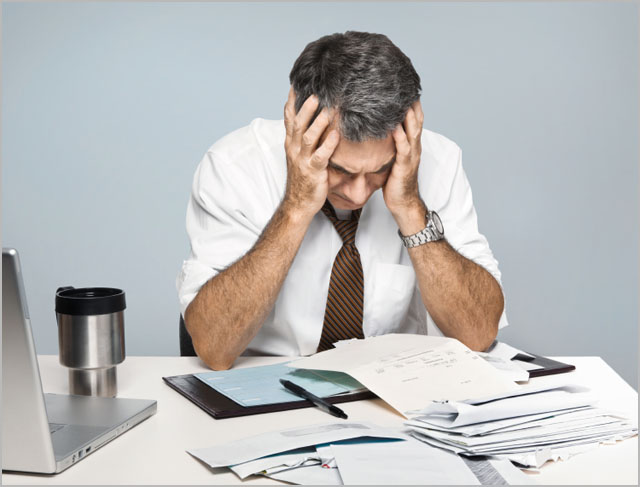 news Documents released under Freedom of Information laws have appeared to show that the minister overseeing the Federal Government’s peak IT decision-making agency is concerned about its ability to deliver on a whole of government technology strategy, with yet another review being commissioned into its performance.

In the Federal Government, centralised IT strategy is put together by the Australian Government Information Management Office (AGIMO), a unit within the Department of Finance and Deregulation which is overseen by Special Minister of State Gary Gray (pictured, right). The group, which is led by whole of government chief information officer Ann Steward, works with departmental CIOs and secretaries to set central IT policy in areas such as procurement and standards.

However, AGIMO’s future has been under a cloud for the past 18 months following the delivery of a report in November 2010 produced by well-regarded IT consultant and former head of the government’s e-health agency, Dr Iain Reinecke. The document constituted a report card on how well the Government had implemented the recommendations of a wide-ranging report delivered in October 2008 into government IT service delivery, produced by British efficiency expert Sir Peter Gershon.

Reinecke gave AGIMO’s performance and role some credit in his report but also noted there was a need for it to change — either separating its operations into separate parts or evolving it so that it communicated better and took on a more direct role in setting strategy.

As the Government has not yet filed a formal response to the Reinecke report, several months ago, Delimiter filed a wide-ranging Freedom of Information request seeking any communication between Gray’s office and AGIMO which mentioned the report over the past year. 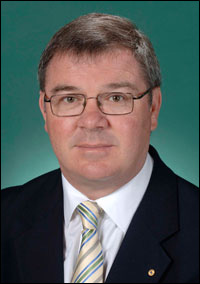 In general, what the documents released this week show (see the full cache of documents online) is that Gray’s office has continually been briefed by AGIMO on possible questions on the Government’s response to the Reinecke report, both during the Senate Estimates process but also from journalists.

However, one extensive memo (read the full document in PDF format here) which appears to have been issued by Gray’s office to David Tune, the secretary of the Department of Finance and Deregulation, reveals the Government also has concerns regarding AGIMO’s capacity to deliver at all on broader technology strategy within the government. It is believed the memo was penned by Gray, but the document does not mention a sender. It is possible, but very unlikely, that the memo could have been penned by Finance Minister Penny Wong.

The memo reveals that since the Reinecke report was delivered in late 2010, AGIMO has developed a strategic vision for Government ICT, as the Reinecke report recommended. This vision has been reviewed by Reinecke, who completed a report into it in June 2011.

Subsequently, it appears, Tune commissioned a review of AGIMO by Helen Williams, a retired public servant who previously led the Department of Communications, Information Technology and the Arts. This review examined “AGIMO’s capacity to implement the strategic vision and provide technology leadership in the Australian public service”.

In the memo, dated October last year, Gray wrote that he was “somewhat surprised” that the Williams review of AGIMO had not yet been finalised, as he had understood that it was expected to be complete “at the latest by the end of August”.

Delimiter is planning to file Freedom of Information requests for both AGIMO’s Strategic Vision document, as well as Reinecke’s review of that document, and William’s report into AGIMO.
Because of the review, as well as feedback from the Secretaries’ Information Governance Board (SIGB, a group of departmental representatives which helps in shaping ICT governance within the Federal Government), Gray wrote that he was “reluctant” to sign off on AGIMO’s ICT Strategic Vision document.

The Minister’s concern was that “the various discussions about ICT in the wake of these reviews have occurred in a closed circle that embraces SIGB and some input from AGIMO and CIOs, but much less from those executives tasked with resolving the major business issues in public administration”. Gray wrote that he understood that SIGB had not appointed any external members with ICT backgrounds, as both Gershon and Reinecke had recommended in their reports.

Gray noted that he believed it would be timely to introduce other perspectives into the ICT Strategic Vision process — “especially from senior executives inside and external to government”. The Moran review of the Australian Public Service in 2010 might provide a model to utilise this expertise from a range of areas, he wrote.

Adopting this kind of “taskforce” approach, would, according to Gray, help the government “break out of the current mould that appears to be constraining the emergence of initiatives that improve the way we manage ICT in government”. “External appointments to membership of SIGB would,” he added, “also enhance the process of seeking wider input from business as well as technology sources of expertise”.

Gray also highlighted similar initiatives internationally, noting that administrations in the UK and USA had been focused on ensuring maximum value for money from ICT investment in the public sector.

“The reviews of ICT major investments in these countries have revealed considerable waste from projects that have over – run budgets and timetables, at considerable costs both financially and in effectiveness,” Gray wrote. “They have also revealed the necessity for greater discipline by government agencies and increased central oversight to ensure that ICT projects meet their objectives.”

Broadly, the Federal Government is known for having much stronger performance when it comes to the delivery of major ICT projects than Australia’s state governments, where a series of audits over the past half-decade have paraded a huge series of delayed, over-budget and dysfunctional technology projects. However, some projects in Federal Government, notably Custom’s Integrated Cargo System initiative and the Australian Taxation Office’s Change Program, have suffered extensive delays and delivery programs.

In addition, in December last year, the Federal Government’s chief auditor warned that the Department of Defence’s ICT operation was teetering on the brink of a dangerous precipice, in a landmark report published into its current ICT governance structures and projects.

“I understand that you currently have these matters under preliminary consideration,” Gray told Tune. “My concern is that the importance of the issues involved is not reflected in the urgency with which they are being addressed. I would welcome an indication from you about what practical measures of this kind you are proposing and the timetable for their adoption.”

The need for a whole of government strategic ICT plan in the Federal Government has been a long-running issue in Australia. In January 2011, for example, independent analyst firm Ovum called on the Gillard government to publish a multi-year IT Strategic plan, claiming the state’s public sector needed a new list of priorities following the knife-edge 2010 election, which resulted in a minority Labor Government.

At the time, Ovum government research director Kevin Noonan said the former Rudd’s government IT Plan delivered cost-saving policies, but left “cash-strapped” agencies unable to focus on new strategies; hence the need for a new one. “This plan needs to focus on delivering greater value and clear government outcomes, not just cost savings,” he said.

opinion/analysis
I have always been fairly ambivalent about AGIMO.

The organisation does do some good work, and I particularly have to applaud the efforts of executives such as first assistant secretary John Sheridan, who has been instrumental in making its activities more transparent through its high-profile blog, consulting with external parties and providing leadership in general. I like what AGIMO’s been doing around whole of government IT procurement, standards-setting and so on, and this kind of work needs to continue. It’s important that the silos of Defence, Tax, Human Services, Immigration and so on are bridged in the Federal Government when it comes to technology service delivery.

However, it is clear from Gray’s memo (if the memo is indeed from Gray) that the Minister believes AGIMO is flailing right now, and that he doesn’t have much confidence in the agency at all. This more or less represents a gut feeling I’ve had about AGIMO for many years.

We have already had two wide-ranging reviews which went heavily into AGIMO’s role and ability to deliver — the Gershon and Reinecke reports — and now there’s a third to add into the mix, put together by Helen Williams. In addition, it looks as though AGIMO’s every move is being second-guessed, with Reinecke additionally reviewing the organisation’s ICT Strategic Vision and Gray clearly unwilling to sign off on it.

To my mind, what all of this points to is a failure at the top of the ranks of AGIMO itself. In my opinion, Steward, since her appointment in mid-2005 (yes, I wrote that article back then — that’s how long I’ve been following this story!), has failed at truly leading AGIMO into a position of leadership in the government and building ongoing relationships with government stakeholders that would allow AGIMO to help drive positive change.

Half a decade is enough — I’d like to see some fresh talent leading AGIMO. To be honest, I would like that talent to either be someone from within public sector ranks who understands how to communicate well — Sheridan being a very good fit for such a role — or a seasoned CIO from the private sector who could shake things up a bit in what appears to have become a stuck-in-the-mud IT strategy agency. This isn’t unprecedented — after all, the Department of Human Services appointed a private sector CIO to lead its operations when its long-time IT leader John Wadeson recently retired.

At any rate, clearly some fresh thinking around AGIMO is needed right now. The alternative is the kind of political quagmire which it is mired in right now. Perhaps the only thing the agency can be thankful of is that the Opposition doesn’t seem to give two hoots about government IT service delivery. If this issue was raised more publicly, no doubt Gray would have taken action on this front with AGIMO way before now.