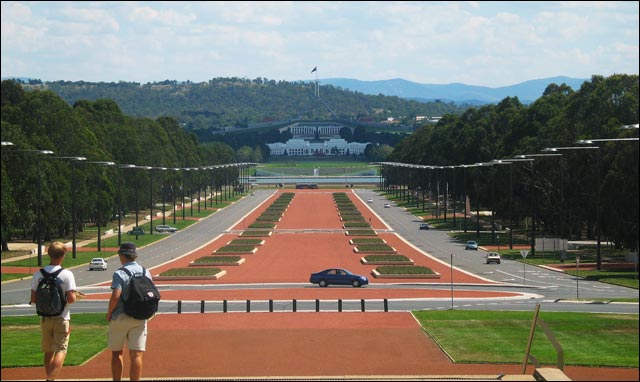 Ian Reinecke has issued the Federal Government what could best be described as a series of ‘B’ or ‘C’ grades in his report card on how well it has implemented the recommendations of British efficiency expert Sir Peter Gershon into its use of technology.

Special Minister of State Gary Gray released the IT consultant’s report publicly yesterday. It was undertaken this year by Reinecke following a request by former Finance Minister Lindsay Tanner — who has handed the reins for whole of government IT policy to Gray in his new role overseeing the Australian Government Information Management Office, among other duties.

The preceding Gershon report was handed to the Government in October 2008. As Reinecke’s report notes, it had been primarily been perceived as recommending extensive cost-cutting in ICT across the Federal public sector. However, it also focused on improving ICT governance, managing skills, planning for datacentre requirements, and other areas such as interacting with the technology industry in a more effective way.

“The policy underpinnings recommended by the [Gershon] report are now mostly in place,” wrote Reinecke in his own report. “Their continued execution, however, will require sustained management effort.”

Reinecke said while “very substantial progress” had been made in the two since Gershon handed down his findings, some problems remained: “Prime among them is the governance structure proposed by Gershon, which is not producing its intended business focus, and the vision and supporting strategies needed to continue to drive whole of government initiatives and ICT public sector reform.”

ICT governance is a complex beast within the Federal public sector. Primarily in practice, leadership of ICT strategies rests with the chief information officers and above them, the secretaries of individual departments. However, the Gershon review stemmed the creation of a new Secretaries’ ICT Governance Board, composed of secretaries from various large departments.

AGIMO also plays an oversight role, as do ministers themselves.

However, Reinecke found that the secretaries’ board had been dominated by consideration of new policies, “often of a highly technical nature” and that much of its work, especially in 2010, had been conducted out of its meetings.

“The casualty of this approach has been an inability to develop an ICT vision and the strategies needed to support it,” wrote Reinecke. “Instead, SIGB’s proceedings have been characterised by process-laden agendas, voluminous documentation, and a focus on technology rather than business issues.”

It has been a similar case when it comes to ministers, with Reinecke writing that a “high workload” associating with approving initiatives stemming from the Gershon review had “crowded out more strategic consideration of the role of ICT”.

“The onerous role that AGIMO has undertaken has revealed issues, that if not addressed may impede its effectiveness as the reform program continues. Principally this relates, as Gershon anticipated, to the skills and resources available to implement an ambitious change program,” wrote Reinecke.

“AGIMO has been expected to lead the policy agenda, in the Report’s words to be a “catalyst for change” and to deal with often highly technical implementation issues. One lesson to be drawn from this is that the expectations placed on AGIMO were unsustainable, and its role and structure need to be reconsidered.”

Reinecke outlined a series of recommendations for the Government that it could implement to fix the problems and maintain the momentum of positive change in what he described as the “post-Gershon” period which the Government was now in:

Despite the problems, Reinecke appeared to believe that the Gershon report was well worth carrying out, and the implementation of its recommendations had had a positive effect on the Federal public sector.

“The result is a much better information base and greater guidance for agencies through the development and adoption of whole-of-Government ICT policies,” he wrote in his letter introducing the report to the Government.

“The shift of focus from tactical to strategic investment in ICT enables Government to consider the opportunities for creative and innovative use of technology in everything it does. That outcome alone justifies the intensive level of activity sparked by the Gershon Report. The challenge now is to leverage that effort to enable Government to deliver different and better services and to engage more closely with its citizens.”

Special Minister of State Gary Gray welcomed the Reinecke report, stating it was clear that the “very substantial implementation effort” had positioned the Government for the next phase in the evolution of ICT policy and practice. ” The challenge now is to leverage that effort to enable Government to deliver different and better services and to engage more closely with its citizens,” Gray added, noting the Government would respond to Reinecke’s recommendations “in due course”.