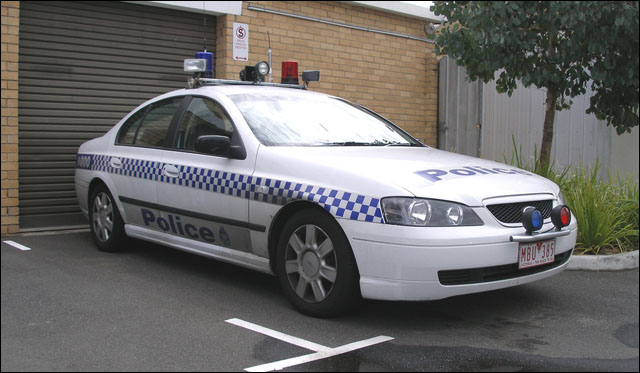 news In a broad-based investigation of the Victorian police force, the State Services Authority (SSA) has found that the organisation has no ability to deliver major IT projects.

The report titled ‘Inquiry into the command, management and functions of the senior structure of Victoria Police’ released last week and available online here found ‘project fatigue’ amongst both sworn police and public servants. The inquiry found a number of projects, reports and reviews since 2005 that referred to a ‘vision’, a ‘long-term strategy’ and the need to ‘modernise’ to bring “Victoria Police to the 21st Century”. The management documentation jargon however, did not have any connection to the practical reality at Victoria Police, according to the report.

The report states that both recent events and the history of procurement and implementation of IT did not inspire confidence in the Victoria Police senior command’s capability to deliver major IT projects. In the previous six months, senior command has had to replace the Law Enforcement Assistance Program (LEAP) as an urgent matter, and seek to define its vision for the future over the course of two years.

The report recommends that the Victoria Police compile a report for the Minister for Police and Emergency Services by the end of 2011, giving a complete breakdown and acquittal of expenditure on the LEAP replacement project (LINK) to date. The LINK project’s aim had been to replace its outdated 17-year-old criminal history and crime reporting database LEAP. The report also recommends that the Victoria Police account for its expenditure on the LINK project suspended in March 2010.

In its response, the Government has requested Victoria Police to also provide a Project Plan to replace LEAP, lessons learned from the LINK project, governance arrangements and options to sustain LEAP until it can be satisfactorily replaced.

The inquiry reports that the Victoria Police is yet to develop an information management strategy, or even achieve a clear understanding and assessment of the organisation’s long-term requirements. The report also accepts the necessity for the Policing Information Process and Practice Reform (PIPP) to Support a Modern Police Force, while objecting to the two-year period required for the review.

According to the report’s recommendations, the Deputy Commissioner, Strategy and Development must, by July 2013, should work out a strategy for Victoria Police information management up to 2030 and make a business case for an IT project incorporating replacement of the LEAP system.

Further, the report recommends replacing the former Executive Director IT and Infrastructure, Michael Vanderheide. Vanderheide had put in place several improvements to the Business Information Technology Services (BITS) division at Victoria Police, including enabling external e-mail access for some staff through Outlook Web Access. Under his management, Victoria Police had set up a disaster recovery site and undergone restructuring of the IT department for personal accountability. A new SAP-based payroll system; a new evidence, property and laboratories system; and a new facial identification system were other changes brought in by Vanderheide.

Delimiter conducted an interview with Vanderheide in May 2010, shortly after he was appointed. The executive has since moved on to lead Victorian IT shared services agency CenITex.

The SSA report recommends that Victoria Police recruit a senior executive urgently, with the expertise needed to deliver major IT projects. In its response, the Government has expressed its support for this recommendation, and has requested the Chief Commissioner to implement it. The report proposes a Corporate Advisory Group to oversee the development of an information management strategy for Victoria Police and major IT procurement and project management.

Another recommendation in the report is to appoint a person from the Department of Treasury and Finance, one from the Department of Justice and one from outside the government to the IT steering committee. Another recommended appointment is that of a project auditor, with unrestricted access to information about the project and to the project team, to help the steering committee supervise the project. The Government, in its response, has noted Victoria Police’s progress in this matter.

Commenting on the systemic problem of constant turnover of project staff, executive sponsors and steering committee members, the report advises vigilance from Victoria Police in managing this risk. The Deputy Commissioner is suggested to be held accountable as head of the steering committee for delivery of the project. Turnover of staff, especially of project managers should take into account the fact that projects such as LEAP these require experienced and talented personnel and organisations to achieve efficient project management and methodology and therefore deserve appropriate remuneration.

opinion/analysis
Well, I can’t say this report is really a surprise, coming as it does after a report by the Victorian Ombudsman in November that found that the Victorian Government had suffered total cost over-runs of $1.44 billion, extensive delays and a general failure to actually deliver on stated aims in 10 major IT projects carried out by the state over the past half-decade.

As in Queensland, we must now start to believe by default that every major IT project in the Victorian Government will suffer some problems. The State Government is suffering from an endemic inability to deliver on its promises when it comes to planning new IT projects. Drastic and sustained action is needed on this front over the next decade. For if that action is not taken, 2020 will roll around and many government departments will be using 20-year-old IT platforms at that point. This problem in Victoria has now reached crisis levels, and can no longer be ignored. Of course, as long as politicians don’t understand technology … I’m sure it will be.