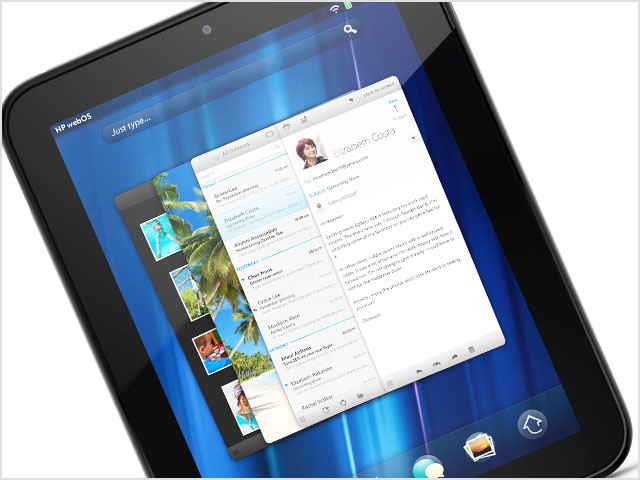 news Retail giant Harvey Norman has confirmed that it will dramatically slash prices on HP’s doomed TouchPad tablet from 2PM this afternoon, mimicking a global liquidation of the limited remaining stock of the device after HP sealed the line’s fate last week.

The retailer had pulled the TouchPad from sale last week after development of the device was cancelled in the US. In Australia, it had only been on sale for four days, but Harvey Norman’s head office instructed franchisees to take all stock off shelves.

Following the news, in the US, retailers like Best Buy have dramatically slashed prices of TouchPad stock in an effort to make some return from the devices — and this afternoon, Harvey Norman’s general manager for its computers and communications division, Ben McIntosh, confirmed the retailer would do the same locally.

McIntosh said customers would be limited to buying one TouchPad each, with Harvey Norman currently having between 6,000 and 7,000 of the tablets located in stores spread out Australia-wide. The sale won’t be advertised through normal outlets such as television and radio, with Harvey Norman preferring social media outlets and distributing the news through the press to get the word out.

The executive said an agreement to sell the TouchPad stock cheap had been “mutually reached” between HP and Harvey Norman, which is the exclusive distributor of the hardware in Australia.

“I obviously had a lot of stock — and it would not sell for anywhere near the normal recommended retail price that we were offering,” he said. “HP realised it was an issue — we drove for exactly the prices that they’ve been selling at at Best Buy.” McIntosh expects the TouchPad stock to clear within a week in Australia.

The executive pointed out that when currency exchange rates were taken into account, the new Australian prices on the TouchPad were likely the best globally. ” Australian consumers are getting the best prices in the world,” he said.

opinion/analysis
Already, since the news of HP’s TouchPad fire sale has broken over the past hour, Australian consumers have demonstrated how keen they are to buy the devices at the right price. On Twitter, it is being reported that Harvey Norman’s Martin Place store has already sold out of the tablets, and there is a significant amount of hype around the price cuts in general.

What this demonstrates, to my mind, is a validation of the comments by local analysts and global executives such as Nvidia chief executive Jen Hsun Huang (whose company’s chips power many tablets) that the current generation of iPad competitors have been priced too high to be competitive with Apple’s industry-leading offering.

The huge interest in the TouchPad fire sale demonstrates that people will buy tablets which are inferior to the iPad — but they won’t do so unless the price is low enough. I’d argue that HP probably could have gotten away with selling the remnant TouchPad stock in Australia for as much as $200 to $250. That’s half to one third the price of an iPad, for a very similar device — and I think the market would have gone for it.

If a fully-featured tablet (perhaps running Android) can enter the market at that price level, then, the iPad will have a decent competitor on its hands for the first time. It will be interesting to see if any of the current crop of Android tablet proponents is interested in sacrificing short-term profits to take that long-term market share advantage.

The problem then is, of course, how to get prices back up again to realistic levels in the medium-term.

In any case, HP’s fire sale this week, which followed price cuts several weeks ago, before the TouchPad even launched, go far to validating this writer’s comments in mid-June that consumers could shortly expect a tablet price war. The only question now, is, with Android tablets failing to sell in substantial numbers, when we can expect (less extreme) discounting from the other non-Apple vendors.

I’d bet more big discounts are on the way in Android tablets before Christmas.