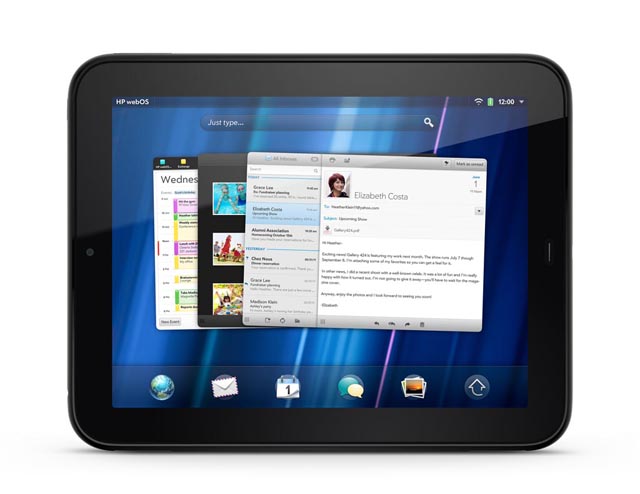 news HP has reportedly confirmed that the last batch of its TouchPad tablets currently being manufactured will be available only in its North America region only — meaning Australians will not get one last chance to pick up the now-canned devices for a song.

The company several weeks ago unexpectedly revealed plans to cancel the TouchPad line, which had seen only poor sales in the US, and put its leftover inventory on sale with heavily discounted prices. The decision immediately created strong demand for the TouchPads in Australia, with exclusive retailer Harvey Norman selling out of its stock of between 6,000 and 7,000 TouchPads within only a few days.

In a blog post published this week, HP spokesman Mark Budgell noted that despite announcing the TouchPad line would be discontinued, HP had decided to produce one last run of TouchPads to meet unfulfilled demand. “We don’t know when these units will be available or how many we’ll get, and we can’t promise we’ll have enough for everyone,” the executive wrote.

The post had raised hopes that Harvey Norman might see some more stock, with ZDNet.com.au quoting a Harvey Norman executive as noting the retailer would make a play to get some more TouchPads in. The company had been selling the devices in Australia at between $98 and $148 — prices which significantly undercut the prices of competing tablets from manufacturers like Motorola, Apple and Acer, among others.

However, internationally, HP confirmed to the Mobot blog that the last run of TouchPads would be sold in its North America region only. The company has not returned calls from Delimiter asking for a comment on the matter, but the Financial Review reported yesterday that all TouchPad stock shipped to Australia had been sold, and HP had “no intention of selling more in this country”.

opinion/analysis
It’s hardly surprising that Australia has been left off the list of countries to receive the last TouchPad batch — I’m sure HP could sell as many TouchPads as it wanted to in the US at prices like $98 … there really is no need to export any TouchPads from its last batch internationally and lose extra money on shipping and handling.

However, the fact that the company has committed to manufacturing one last batch of the devices to meet demand does beg the question of why it’s doing so. You would have to assume, after all, that HP will lose money on any TouchPad it sells at current prices.

One explanation could be that the company already has enough components for another TouchPad run — those would be sunk costs, so it would make sense to put the devices together and make at least some return from its investment. Another, more tantalising explanation — and one that continues to float around in US debates about the TouchPad — is that the company is using this last batch to see just how strong demand for the TouchPad truly is. Was the fire sale rush just a case of a bunch of geeks who wanted a cheap tablet cashing in at HP’s expense? Or could this be the start of something bigger?

There is certainly no doubt that HP could double, or perhaps even triple the price it’s selling TouchPads at at the moment — perhaps going up to $250 or $300 — and still sell a stack of the devices. After all, that price would represent half the price of an iPad, for a device which is simply lovely to play with. Everyone I’ve talked to who has played with the TouchPad’s WebOS operating system has come away somewhat charmed (despite the bugs).

For what it’s worth, my gut feeling about the TouchPad is that there is enough demand in Australia for the devices to be sold at up to $300. Many of the readers who told me they had bought a TouchPad did so as their household’s second or third tablet, with most already having an iPad and many also having Android devices. For many, the TouchPad was going to be a useful device for their spouse or kids.

However, a week after the sale, quite a few readers have noted that they just can’t put the TouchPad down themselves — it’s a nice machine, with some advantages over the iPad.
Of course, the obvious question here is whether HP is even considering re-opening TouchPad manufacture. My bet is … the company’s somewhat rigid management culture isn’t going to be capable of thinking on its feet to this extent :(