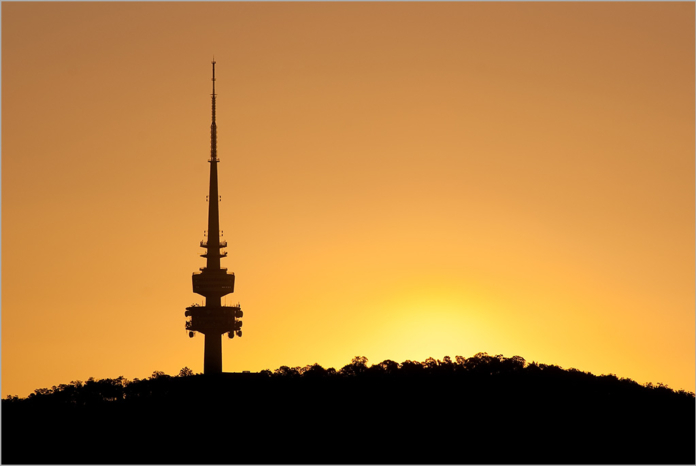 Today I have some rather sudden and important news for you all.

I am leaving Delimiter.

In point of fact, I have already left Delimiter.

This week I started a new full-time role as a Business/Writer Editor for the Canberra-headquartered specialist ICT consulting organisation CTO Group.

As such, this article will be the last one that I will write for Delimiter.

Firstly, I wanted to apologise for the sudden nature of this announcement. I had planned to make this announcement at least several weeks in advance so that all Delimiter readers would have time to adjust to the news.

However, events behind the scenes have moved rather too quickly for that, and so I haven’t been able to grant readers this notice.

Right now you’re probably wondering: “What the hell? What happened? What’s going on?”

In essence, I’ve been pondering this kind of shift for the past several months.

As many readers will be aware, I have already left Delimiter once. The site shut down for 12 months from July 2014 as I took an advisor position working for Greens Senator Scott Ludlam.

When that role came to an end in July 2015, I rebooted Delimiter because at the time I felt that I had significant unfinished business with the Federal Parliament.

Burning issues such as the National Broadband Network, Data Retention and Internet Piracy were still festering within Parliament House, and I felt that it would strongly serve the public interest to have a dedicated technology reporter in Canberra reporting on how Australia’s political sector dealt with such topics.

As it turns out, over the past 12 months, I have achieved my aim in significantly raising the profile of these issues.

Issues such as the NBN, data retention and Internet surveillance, piracy and the future of Australia’s technology, startup and even video gaming sectors are now front of mind for many of Australia’s politicians and political parties. We may not always like the policies that some of these parties put forward, but there is no doubt the issues are being very seriously considered.

And I can confidently say that many of the fantastic journalists in the Federal Parliamentary Press Gallery are now very aware of the importance of these issues.

I would be lying if I said that I felt that the job of writing about these issues was done; it’s not.

But I would also be lying if I felt the same degree of personal drive to write about these issues that I did even 12 months ago.

Every journalist, every writer — every creative professional of any type — must, by the very nature of their work, continue growing and learning, if they are to be true to themselves and maintain their integrity.

At this point, and especially with all that I have been through over the past 12 months, I feel as though I have done everything I want to do as a technology journalist. I have written every article that I have ever wanted to write in this field, and, I hope, I have made a difference. I have tried to do my job as a journalist and hold those in power to account.

With this year’s Federal Election done and dusted, it feels like a good time to tap out and leave this task to the many other talented journalists in this field.

As I pondered this issue over the past several months, I realised that my next step was quite logical.

As a journalist, I have written about the governance of major IT projects and IT services delivery for many years, and I would have to say that this is something I care deeply about. I hate seeing major IT projects and IT services engagements going off the rails, and I have a passion for trying to help them succeed, and do so within budget and on time.

So now I will have a subtle change of emphasis; my aim is to move directly into working directly on the governance and project management processes of major IT projects and IT services processes, rather than reporting on them as a journalist.

CTO Group is a clear leader in this space, especially in Canberra, and I feel that it will be a privilege to work for the company. I am undertaking training in these areas and enjoying what I am learning very much.

To be very clear, this new role means that I will no longer be a journalist. I will not be writing new articles, investigating issues or contacting sources. I have now left that work behind and shifted into a new role.

So now you probably have some questions. I’ll try and answer them here.

Firstly, what will happen with Delimiter?

It’s not clear yet, due to the rapid nature of my move. A number of discussions are continuing behind the scenes. While that process progresses, the site will continue to publish articles penned by my excellent writing contractor Daniel Palmer, as well as syndicated pieces.

I will let readers know when a final direction is chosen, especially the many readers who have become paid members of the site. In the event that the site does not continue as it is, obviously the undelivered portions of those memberships will be reimbursed.

Please get in contact if you or your company are interested in being involved in the future of Delimiter.

Secondly, what will happen with my forthcoming book, The Frustrated State, which analyses the history of technology policy in Australia?

It will proceed as planned. I’ve written too much of it to abandon it now.

And in fact, I plan to eventually publish other books (mainly science fiction and fantasy novels) over the coming decades as well.

I’d like to finally take this opportunity to thank everyone who has been involved with Delimiter, especially those who have contributed over the past 12 months. Organisations such as Rombii, the Code Co, Pagely and many others have been key to the success of the site.

To my colleagues in the Federal Parliamentary Press Gallery, thank you for all that you have taught me, and keep on fighting the good fight. This is an endless task, but a worthy one.

And, of course, I’d like to conclude this article by thanking the readers. You are the ones who have made this whole thing worthwhile. I have once again lived and breathed your lives and debates over the past 12 months, and it has been a privilege to do so. We have achieved much together.

I know this is confusing and has come out of the blue. It’s been a difficult decision for me, but I know I have made the right choice.

Stay tuned while we sort out what the future of Delimiter may be without me. And wish me luck as I hop back to the other side of the fence; to the world of technology where my career originally began. The place where most of you are already ;)