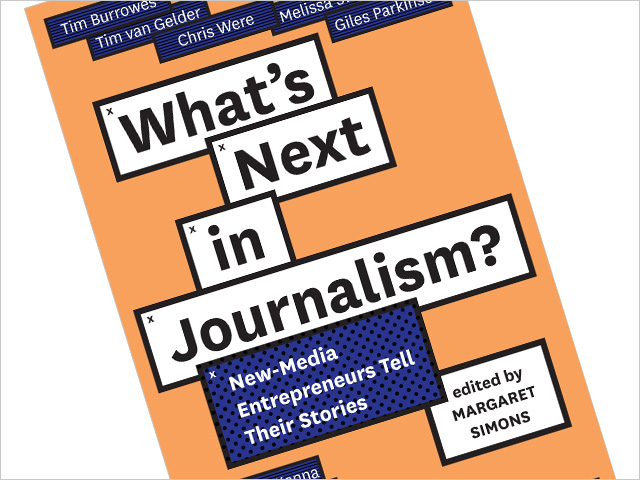 blog Those of you who’ve been following Delimiter’s exploits for a few years will know that there have been quite a few failed experiments along the way. There was the doomed attempt to create our own version of Reddit — with blackjack and hookers. There was the botched attempt to launch our own wiki, which died under a tonne of spam. There have been no less than three miscellaneous attempts to launch forums for the site. All of which failed. We’ve tried virtually every financial model for content online that you can try — syndication, advertising, affiliate marketing and paywall. We’ve screwed countless things up and will again.

But somewhere along the way we worked out what works; things started to make sense and form into a coherent model. Somewhere along the line we got a bit more stable than we were in the heady days in 2010 when we first launched the site and were throwing money against a wall. Our editorial model stabilised, we got world-class web hosting, and most importantly of all, we started making a solid amount of revenue. With a very decent amount of traffic (383k page impressions over the past month and 173,000 unique visitors, a new record), we’re now a major site and quite infuential, too.

An insider’s look at the site and how I work is contained in a new book, What’s Next in Journalism?, published by established journalism academic Margaret Simons. You can pick up a copy online at Amazon.com, and it’s also in the iBookstore, on Kobo and so on, as well as in print. Probably my favourite paragraph from the chapter dealing with Delimiter:

“LeMay sees himself as an advocate for his readers’ interests, as well as a reporter. ‘I represent their views to the powerful people who guide events in the technology sector; I speak with the readers’ voice.’ Traditional journalism, he says, is ‘telling people what is happening from up on high’. He, on the other hand, is more like ‘a local neighbourhood journalist that they always feel they can approach’.

Now, as time has gone on, there is no doubt that this has gotten harder. The sheer size of Delimiter these days has meant that it is much more difficult than it used to be to respond to every reader’s concerns; I’ve had to step back from the chaos a little. Then, too, there are vast gulfs of opinion dividing some of the micro-camps within Delimiter’s readership. A highlight of this has been the NBN debate, where many readers are very gung-ho for one side or the other of the argument and venturing an opinion on either side can generate a flame war. I’ve also been writing about technology in Australia for a long time. At a certain point, you become conscious that you’ve written many of the same stories before many times in different guises. Not all stories are exciting.

However, I have to say, I still get a thrill every time I get to take your views to those in power. Every time I call up a politician to ask the questions I’ve seen readers demand answers to; every time I put customer issues to chief executives; every time I file a Freedom of Information request with an out of control government agency like the Attorney-General’s Department; I feel quite excited, as I know I’m working on behalf of a bigger group of people: You, the readers. And the key thing is that I’ve never seen myself as being separate from you; I’m just a reader too, who also happens to write articles primarily about things I am personally interested in. As Gizmodo writer Joel Johnson put it in his famous rant:

Our secret is out. While most of us blogging at Gizmodo really like electronics, internet culture, and, you know, all the other topics we stuff in between the cracks; and while we think we know a little bit more about these topics than the average person, if only by dint of being steeped in it all day long for years at a time, when we write a review we’re not pretending to have come down from on high with the only opinion, the canonical perspective.

Nope. We’re just telling you the same thing the same way we’d tell a friend if they asked us about a gadget in a bar. “Hey, should I buy that new thing?” “Eh, not really.” “What’s the best thing I should buy?” “Buy this one.”

To my mind, this is the key to any new publication or journalistic endeavour in today’s new media environment. Journalists need to realise that their main role is to advocate for the readers’ interests. You don’t write product reviews to please vendors: You write them to advise people what products to buy (or not buy). You don’t write articles on government policies to help politicians: You write them to get better policies that will benefit your audience. You don’t ask CEOs questions they want to answer: You ask them the ones they want to avoid. And so on. I chose a side long ago: I fight for the users.

For some years now I’ve been in a privileged position where I am able to argue on behalf of my readers, and hopefully I’ll continue to do so for many years. Bear this in mind when you read Delimiter. I’m not a robot, I’m a real person, and so is everyone else who contributes to the site. I’m not your Mum, but I will listen to your problems; and if you nag me persistently enough, eventually I’ll probably try and do something about them. Along the way, you’ve got to keep me honest, too. It’s only by listening to readers that I stop from getting a big head.

This is more and more going to be the new model for journalism in the new media environment. Not giant corporations publishing media for individuals to read, but individuals and small groups publishing media for like-minded individuals to read. Not mega-profits, but mega-passion. Not the cathedral, but the bazaar. And media will be all the better for it. God knows, as anyone who read Australia’s mainstream media during the election campaign will know: It certainly couldn’t get any worse.

Simons’ book is also notable for a number of other new media people it features. Also featured are Tim Burrowes (from Mumbrella), Eyal Halamish (OurSay), Wendy Harmer (The Hoopla), Matthew Landauer (OpenAustralia), Giles Parkinson (RenewEconomy), Karen Poh (Meld Magazine), Melissa Sweet (Croakey), and Chris Were (Newsflock). if you’re interested in new media at all, I recommend you check it out. They’re all kicking ass and taking names.