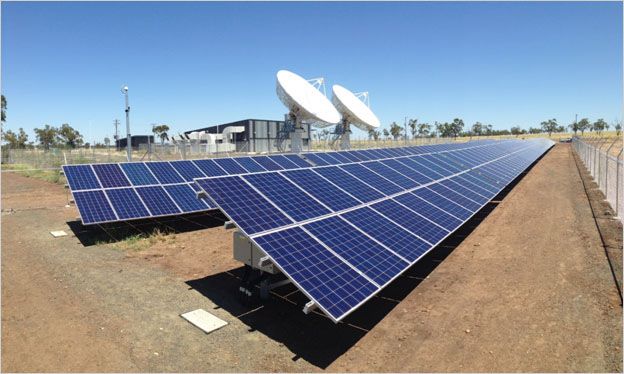 news NBN Co has deployed solar photovoltaic (PV) arrays across its network in an effort to reduce its environmental impact.

The rollout is part of NBN Co’s plans to upgrade the entire Australian communication infrastructure to solar energy and “ensure future generations have access to high speed broadband”, according to Solgen Energy Group, the technical partner on the project.

Solgen said that 1.75 megawatts of solar capacity has now been installed across the NBN’s Satellite Earth Stations (SESs) and Technical Aggregation Node and Development (TAND) facilities, adding that it carried out a detailed analysis of the specifications in order to provide a “comprehensive end-to-end solution” for the solar PV requirements.

“To ensure this government initiative will provide future generations with many years of high speed broadband access, a combined 1.75MW solar power capacity was installed across the majority of NBN’s sites. A big achievement for all involved,” Naismith said.

Solgen’s approach to the design of each solar array focused on efficiency, taking into account the proposed infrastructure and the topography at each site, he explained.

“We work closely with numerous international manufacturers of solar PV equipment allowing us the ability to design and procure the most suitable solar components to match the site constraints and achieve the best industry standards,” Naismith said.