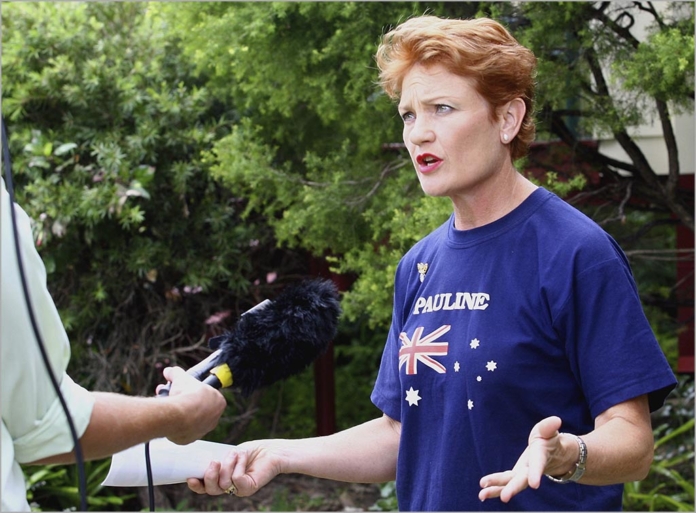 news Senator-Elect Pauline Hanson wants to use a combination of Fibre to the Node and a wireless technology similar to Wi-Fi, it has emerged, as the One Nation Leader takes a step into the national spotlight courtesy of her victory in the Senate over the weekend.

On Saturday night, Hanson was elected in her own right, with the Queensland believed to have picked up more than a full Senate quota, ensuring her position in the upper house is ensured. The Senate vote may take more than a month to be finalised, but Hanson’s position is not likely to change in that time.

Hanson has long been the leader of One Nation, a right-wing political party which achieved notoriety for its conservative political view sin the wake of her election to the House of Representatives in 1996. Hanson lost her seat the following election in 1998.

Over the past several days, some of Hanson’s views on the National Broadband Network project have come to light.

For example, the NewsMail newspaper published an article in late June following on from a launch held by Hanson in Bundaberg in Queensland at the time. Delimiter recommends readers click here for the full article.

Hanson was in Bundaberg to promote the launch of “Flash Fibres”, company which claims to use FTTN-like infrastructure in conjunction with radio equipment similar to Wi-Fi or 3G/4G mobile infrastructure to solve broadband problems.

“Flash Fibres’ Internet connections also use the FTTN system, however instead of using the copper network for the last mile, we use a radio link that is capable of transferring 100mbps. The radio link works by adding a small device on your roof, usually on your TV aerial, which is then connected to a router. Because the transmitter runs on radio frequencies, you will experience perfect connectivity rain, hail or shine.”

It is not clear to what extent the company operates in Queensland.

At the launch in June, One Nation candidate for the seat of Hinkler, Damian Huxham, said the technology meant the NBN would be ‘outdated’ before the NBN was completed in Bundaberg.

“Whoever wins the next election needs to revise the NBN rollout,” Hanson reportedly said at the launch. “When they’re digging up the roads, the cost to the taxpayer is not necessary when this service can be provided.”

Huxham described the NBN as a “white elephant”.

The model proposed by Flash Fibres has some similarities to models which have been used in countries such as Japan.

For example, in some countries telcos have deployed fibre cables to the basement of apartment blocks, and then used radio signals similar to Wi-Fi to provide fast access to customers.

The 3G and 4G classes of mobile technologies, as well as the wireless platform used by legacy telcos such as Unwired (now defunct) have also provided similar services, and even the NBN company’s own Fixed Wireless service uses a wireless platform from local cell towers to reach homes and business premises.

However, it is not clear why Flash Fibres would promote a wireless model from local neighbourhood ‘nodes’, when existing copper infrastructure already exists from those nodes to premises.

opinion/analysis
This appears to be the craziest form of bullshit I have ever seen applied to the National Broadband Network.

In comparison to this, the suggestions by some other politicians that 5G would make the NBN irrelevant start to look sensible.

Build a FTTN network and then install Wi-Fi for the last mile? Why would anyone in their right mind want to do that, when the copper (as crappy as it is) already exists?

Or am I missing something? Is this just another point to point wireless ISP such as the legitimate platform provided by a number of existing, mainly business or apartment block-focused telcos in Australia? That would certainly make a lot more sense than a FTTN/Wi-Fi combo deal.

In any case, I have no doubt that Hanson personally has no idea what she is spruiking here. This launch event appears to be much more about promoting a local business in Queensland, rather than providing actual policy options for the NBN. One hopes the new One Nation Senator will be educated about the NBN and its importance over the next several months.