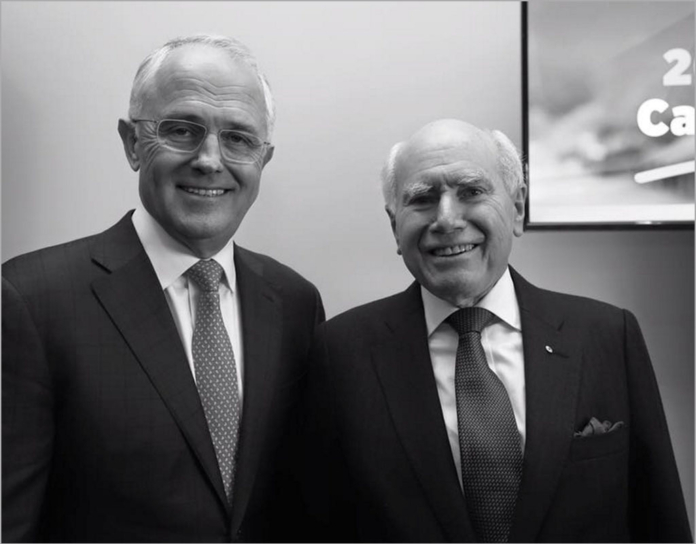 news Prime Minister Malcolm Turnbull appears to have deliberately avoided mentioning the National Broadband Network in the official Liberal election campaign launch, in stark contrast to Opposition Leader Bill Shorten, who has mentioned Labor’s pledge for a “first-rate” NBN frequently over the past several days.

Yesterday Turnbull led the Liberal Party’s official campaign launch in Homebush. Although the election campaign has been in full swing for several months, this style of launch is seen as an important rallying event for political parties.

The Coalition has not launched a new NBN policy for this year’s Federal Election, and at the launch Turnbull gave every indication that no further policy announcements in this area would be forthcoming.

In his speech at the event, Turnbull failed to mention the NBN, telecommunications policy or even the Coalition’s new mobile blackspots policy.

Instead, Turnbull focused on the need for broader economic leadership and stability, as well as a focus on innovation.

“A strong economy means we can fund our Innovation and Science Agenda to ensure our kids learn the digital skills of the 21st century, our research is commercialised to create jobs here at home and investors support start-up companies,” Turnbull told the audience.

“It means that a smart kid who wants to be an engineer can work at the cutting edge of technology here in Australia – because our advanced manufacturing is forging ahead supported by our defence industry investment plan.”

“More diverse, more innovative, smarter, more productive – that’s the economy that wins, and keeps on winning. An economy that is resilient – supporting enterprise, investment and innovation so Australians can seize the opportunities of our times but also handle the challenges and headwinds.”

“Our plan invests over a billion dollars to promote leading-edge innovation in our industries and to prepare our children for the jobs of the future.”

Turnbull has been criticised over the past nine months for claiming a focus on ‘innovation’ policy, while implementing technically inferior technologies as part of the NBN, such as Fibre to the Node and HFC cable.

In contrast, Opposition Leader Bill Shorten has focused heavily on Labor’s new NBN policy as part of a series of events held over the past several days.

Labor’s new NBN policy adopts a number of elements of the Coalition’s policy — such as its use of HFC cable — but will also see FTTN dumped as a technology, with a focus instead on Labor’s preferred Fibre to the Premises model.

At a similar launch in Brisbane, Shorten said Australia could not have stability when the country received “a second-rate NBN”.

“Labor’s first-rate NBN, will help small businesses in the regions sell their products and services in our broader region,” the Opposition Leader told the audience. “We want the best technology for Australians because the world’s best is only just good enough for our country.”

“We will end the buffering nightmare and build a first-class NBN for the 21st century.”

Shorten had made similar comments at a number of events over the past several days, as has Deputy Opposition Leader Tanya Plibersek and Shadow Treasurer Chris Bowen.

“People are sick and tired of Malcolm Turnbull flogging them second-rate technology. The long-buffering nightmare of the Turnbull era could well be at an end if we get elected,” Shorten said at a doorstop in Townsville.

opinion/analysis
It’s always debatable how many people actually cast their vote in Australia primarily on the basis of technology policy issues such as the NBN. Probably there aren’t that many people who do, compared to the general population. There are quite a lot of other issues to weigh up when choosing your political representatives, after all.

However, what is not debatable is the fact that many Australians do include issues such as technology policy as one of the key factors in voting.

Over the weekend we saw a very clear signal from Australia’s two major sides of politics in terms of what they think about the NBN as a policy platform.

The Coalition completely ignored the issue — as it has been largely ignoring it for years (with the exception of mobile blackspots, which they have been leading Labor on), while Labor placed the issue front and center at a number of events.

Turnbull does not want to talk about the NBN, while Shorten and his senior team do. That should give you a very big clue as to the way that the project will be treated following this Federal Election, whoever wins.