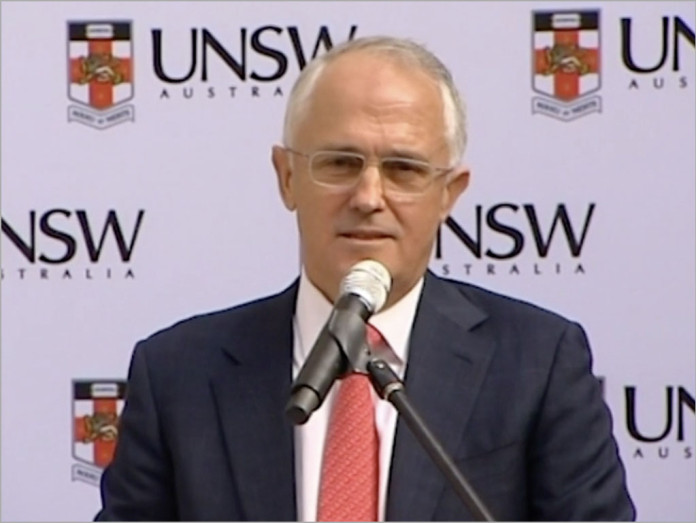 news Prime Minister Malcolm Turnbull has officially opened a new “cutting-edge” quantum computing lab at the University of New South Wales (UNSW), airing the hope that it could ultimately lead to a commercial, “super-powerful” quantum computer.

Called the Centre of Excellence for Quantum Computation and Communication Technology (CQC2T), the international team of researchers at the UNSW’s new facility has already made significant strides using silicon as a base for building a working quantum computer, under the leadership of Professor Michelle Simmons, Centre Director.

While digital computers require data to be always stored as binary digits (bits), each in one of two definite states (0 or 1), quantum computation uses quantum bits (qubits), which can be in superpositions of states.

A commercial quantum computer would deliver a significant increase in processing power over even today’s supercomputers, according to a joint statement from Turnbull and Minister for Industry, Innovation and Science Christopher Pyne.

The new labs are expected to double the productive capacity of CQC2T – potentially helping the team of researchers remain “global leaders” by building a 10-qubit prototype of a quantum integrated circuit.

Further, CQC2T’s “unique approach” of using silicon has given the UNSW lab a “two to three year lead over the rest of the world”, the statement said.

In his announcement speech at the UNSW, the Prime Minister explained that CQC2T’s “use of silicon … to provide [the] environment, plus the super cold environment, enables a quantum computer to be built here that will become more than a theory, become the reality – a truly super computer. A quantum computer with a processing power hitherto unimagined and certainly not realised.”

Referencing the government’s recently launched $230 million Cyber Security Defence Strategy, Turnbull added: “[Q]uantum computing has the ability to create the most unbreakable codes. It also has the ability to decipher the codes of today – because it has that extraordinary processing power.”

The Prime Minister said in his statement that the opening of the lab follows the government’s $26 million investment in CQC2T (alongside $10 million each from Telstra and the Commonwealth Bank of Australia) as part of the National Innovation and Science Agenda.

“More jobs than ever before in Australia’s modern 21st century economy are digital,” he said. “The enormous power of quantum computing will create many more opportunities for new and higher wage jobs, particularly those involving analysis, forecasting and modelling.”