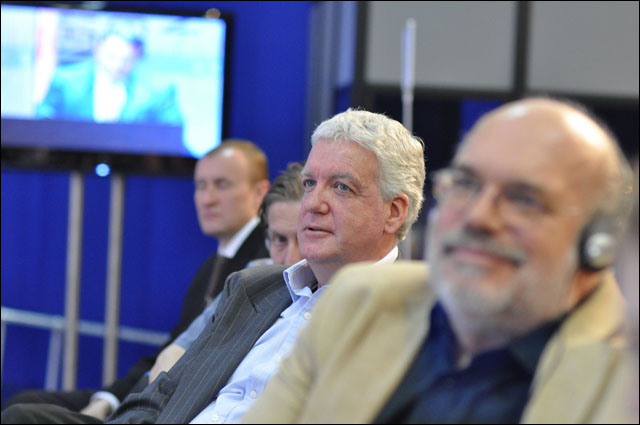 Disspain has presided over plenty of industry and individual dust-ups over that time, due to the nature of his approach to the position leading auDA. While a number of other countries globally have taken a somewhat lassez-faire approach to administering their domain space, Disspain’s time at auDA has been known for its strict nature.

Consequently, the Australian Internet has a somewhat measured feel to it. We don’t have a lot of domains being squatted by people seeking to make a profit from holding onto domain names associated with commercial entities or popular concepts and we don’t have a lot of variance between the charges associated with holding domain names; in short, while the international domain space has at times felt like the Wild West, Australia’s domain space has usually felt like a calm, well-ordered garden.

We’ve had Disspain to thank for this, even though he has on occasion perhaps exercised his powers a little too strictly.

Last week, however, on the Thursday afternoon before the Easter long weekend, we learnt from a three paragraph media release that Disspain’s reign had come to an end. auDA said the following in a terse statement:

“The Board of auDA (.au Domain Administration Ltd) announced today that it was ending the contract of CEO, Chris Disspain. Mr Disspain’s contract was due for renewal later this year, but the Board agreed new leadership was required to take the organisation forward.

The Board acknowledged and thanked Mr. Disspain, as founding CEO of auDA, for the hard work and visionary leadership he has demonstrated throughout his tenure, helping to cement the organisation’s standing as a one of the world’s best practice ccTLD managers.

auDA’s current Chief Operations and Policy Officer, Jo Lim has been appointed Acting CEO and the Board will undertake an executive search to fill the position vacated by Mr Disspain, over the next six months.”

This statement strikes me as a little unusual.

I can understand if Disspain wanted to retire from his role at auDA. He’s been in it long enough; I would not be surprised if he was looking for something new after 16 years. That would be a logical end to his tenure.

But what I can’t understand at this point is why the auDA board itself would turf Disspain from the position he has done an admirable job in. Was it a personality conflict? A professional disagreement of opinion? The statement says auDA is looking for “new leadership”, but isn’t the essence of auDA that it needs to remain stable — something which Disspain has certainly been able to deliver to the organisation?

I have not yet been able to discover what is going on here, but I certainly don’t think we should let Chris Disspain go quietly into the night without discovering the truth. If anyone has any inside information, you know where the anonymous tips form is.

And I’ve got one final message for auDA: Come on, folks, you can do a better job than this. Disspain led the organisation for 16 years. auDA should be giving the guy a better send-off than a three paragraph press release will allow. This whole thing just feels a bit … cold.