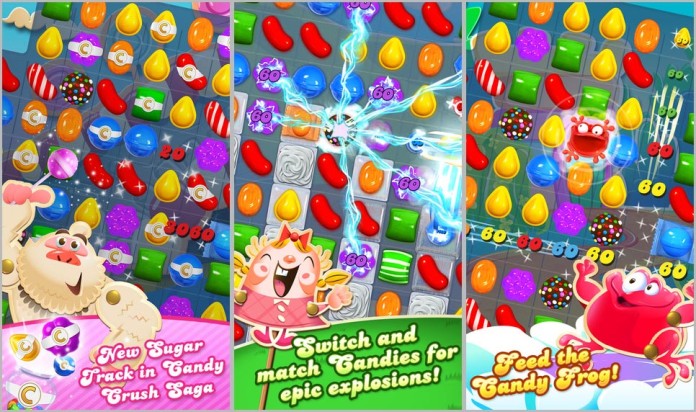 blog For the past several months I’ve been wondering what Stephen Conroy is up to on his iPad during Question Time in the Senate.

The former Communications Minister does ask questions of the Government in his role as former Defence Minister, but for most of Question Time in the Senate (from 2pm to 3pm on Sitting Days), the Labor Senator sits absorbed in his iPad.

I had believed that he was probably catching up on emails or briefing papers. However, I’ve recently been told by several other Press Gallery journalists that it is Conroy’s habit to play Candy Crush on his iPad instead of doing, you know … actual work. Buzzfeed reporter Alice Workman tells us:

And the issue came up in the Senate today, with the Government heckling Conroy over his addiction:

When I consider this situation, what primarily comes to mind is that it very much feels to me that Conroy is getting a little bored with his job as a senior Labor Senator and Shadow Minister. After all, Conroy’s already been a Minister for five years, been in the Senate for twenty years (he joined in 1996) and has pretty much been there and done that.

When you’ve sat through literally hundreds of hours of Senators screaming at each other in Question Time, it probably gets a little hard to sit through more, especially on Sitting Days which can stretch to between 12-15 hours each day.

However, I must also note that I find this behaviour a little sad for Conroy. If he doesn’t have anything better to do during Senate Question Time — if things have gotten to the point where he’s playing Candy Crush instead of reading briefs or responding to email or other messages, the Labor Senator should really think about giving up his role for someone younger and perhaps with more zest for the job. Everyone gets tired of their day job. But few people are allowed to keep their jobs if they are using their time to play video games instead of working.

Perhaps Conroy’s time to leave the Senate is coming around.