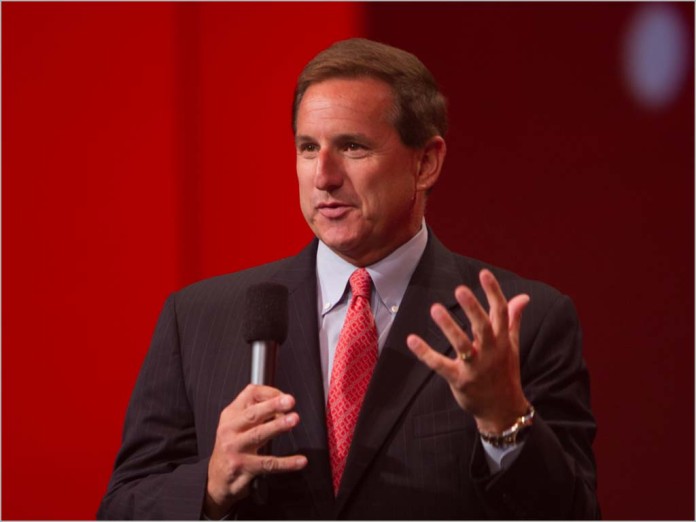 blog Fresh off the back of claims that Oracle has just dumped its entire Australian support operation, news has arrived from the Financial Review this week that global Oracle co-chief executive Mark Hurd has landed in Australia. The only problem? Hurd, according to an interview the Fin conducted with the executive, isn’t interested in talking about layoffs or offshoring. Instead, he’s more keen to pitch how much Oracle Australia is hiring. The newspaper reports (we recommend you click here for the full article):

“Locally, Oracle went on a hiring spree in 2015, bringing on board 1000 new sales staff in the Asia Pacific region. It was part of a plan to increase its diversity and foster a more innovative culture.

… The hiring spree is a big change of pace for Mr Hurd. It’s a big change from his days at HP, where he became known for his tough delivery of aggressive budget cuts and staff layoffs.”

To be honest, your writer is a little flabberghasted by the irony here. If the claims from multiple sources that Oracle has just dumped its Australian support centre are true, then effectively what we have seen here is a vendor who has ditched its local support operation, then flown one of its most senior global executives to Australia to tell customers not to worry about the situation — it’s completely OK because Oracle is hiring a huge sales force to replace it.

We can only imagine the reception that Hurd would have had in large accounts such as the Australian Taxation Office and the National Australia Bank as he explained that such organisations would now be calling Romania and India for support that they used to get from on-shore in Australia. I’m sure there were a few hard questions put to Hurd.

Most amusing, of course, is the approach that the Financial Review took to this issue. Not only did the newspaper completely miss the huge offshoring rumours, but instead of asking Hurd about them, it gave Oracle’s Hurd a platform to beat up SAP and push how much Oracle is hiring new staff in Australia — including a diverse salesforce with a particular focus on women.

More than anything, what it looks like we’re seeing here is a masterful approach from Oracle to media management and spin. It’s a pity the situation on the ground appears so much different. Guess you can’t believe what you read.

Just as a side note: Delimiter is still happy to publish any statement Oracle chooses to make on this situation.