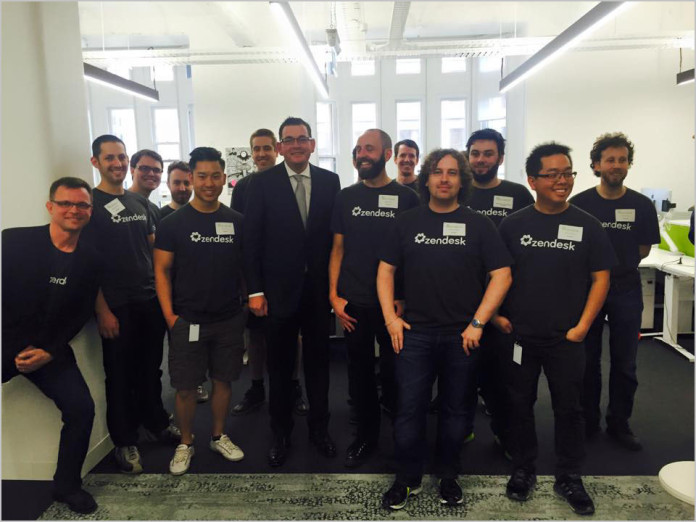 news Customer service platform provider Zendesk, Inc, has announced a new partnership with the Victorian Government that will create up to 175 new jobs in the state’s developing tech industry.

In what the firm says is the first partnership of its kind, the Victorian Government will provide Zendesk with a grant to be spread over five years in order to boost job creation and fuel “the growth of technology and innovation in Victoria”.

The announcement was made by Philip Dalidakis, Small Business, Innovation and Trade Minister for the Victorian Government, at the opening of Zendesk’s new Melbourne office on 8 November.

Victorian Premier, Daniel Andrews (pictured), said: “Zendesk’s decision to base its tech headquarters in Melbourne is a vote of confidence in the future of our industry and means more high-skill jobs for Victorians. We’re working hard to attract more investment in our tech industry and to provide the opportunities that will help local companies start up and grow.”

“Zendesk is a major international player in the industry and we are excited they’ve made Melbourne their tech hub in the Asia Pacific region,” said Dalidakis.

“This partnership highlights Victoria’s growing prominence in the tech space and the Labor Government is committed to growing this even further through the Premier’s Jobs and Investment Fund and our $60 million startup fund, which will help to provide the foundation these companies need to grow and prosper here.”

At the event, Zendesk also launched the Melbourne arm of its global Zendesk Neighbour Foundation, through which the firm has committed “$100,000 in financial support to community organisations and 1,000 hours of employee volunteer service for local charities”.

Mikkel Svane, founder and CEO of Zendesk said: “We believe that the Victorian Government partnership, together with the Zendesk Neighbour Foundation working at a local level, will lay the groundwork for us to build one of the most talented and diverse workforces in Melbourne.”

Since Zendesk opened its first Melbourne office in September 2011, the local Zendesk team has grown to 70 people across business and product development. The new office at 395 Collins Street currently has the capacity for 200 people, “allowing for years of future growth” according to the firm.

Additionally, the lower ground floor has been equipped as an event space that Zendesk said is “available for use by the local technology community and neighbourhood organisations”.