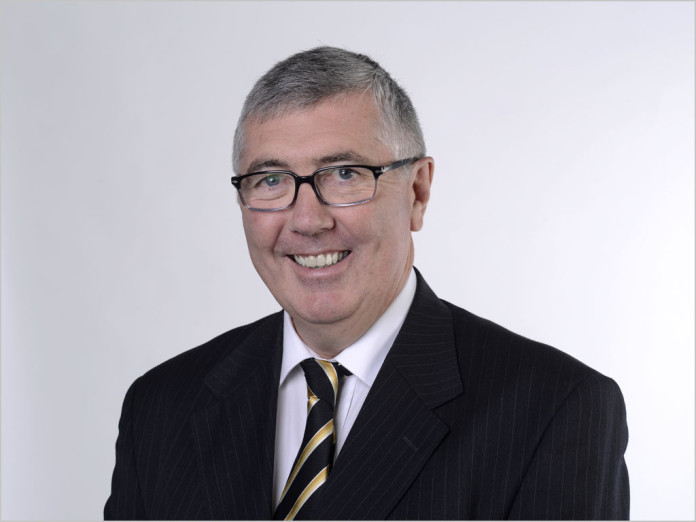 news One of the most high-profile executives appointed shortly after Malcolm Turnbull became Communications Minister has signalled he plans to depart the NBN company in search of greater challenges.

On 7 November 2013 — several months after the 2013 Federal Election which elevated Turnbull to the post of Communications Minister — the NBN company announced that it would replace its chief operating officer Ralph Steffens with Telstra executive Greg Adcock.

To some onlookers, the decision made little sense at the time. Steffens was one of the NBN company’s most qualified and experienced international fibre rollout experts. However, sources in the construction industry reportedly saw Adcock’s appointment as a positive, in that he had the skills to revamp the NBN company’s relationships with construction partners.

Steffens was hired as NBN Co’s chief operating officer in late November 2011. The executive is regarded as a telecommunications management expert with significant global experience in wide-scale network deployment and management, especially of the kind that had not been conducted in Australia before the NBN rollout commenced. Steffens’ appointment in 2011 is believed to have been regarded as something of a coup for NBN Co.

Adcock, for his part, was a senior Telstra executive, who directly prior to his new NBN role had been the Telstra executive charged with delivering on Telstra’s infrastructure commitments under the definitive agreements between the NBN company and Telstra. Adcock was also “a key member” of the Telstra team that negotiated the telco’s definitive agreements with NBN Co.

A NBN company statement noted that Adcock’s long-running career at Telstra had included overseeing business and capital planning, contract establishment, operational process optimisation, regulatory compliance, strategic projects and the Operations group’s productivity initiative program. He had also had experience developing and implementing construction contracting strategy and as the Superintendent on major construction contracts,” the NBN company wrote at the time.

Adcock’s appointment shared a number of attributes with several other recent senior appointments to NBN Co. Adcock, executive chairman Switkowski and recently appointed head of strategy and transformation JB Rousselot were all reported prior to the Federal Election to have had contact with the Coalition and/or personal relationships with then-Shadow Communications Minister Malcolm Turnbull.

All three took senior positions at NBN Co, despite the fact that none of the three had significant last-mile fixed telecommunications infrastructure construction experience. Switkowski in particular had not been employed in the telecommunications industry for almost a decade.

This morning — less than two years after he was appointed — the NBN company issued a statement noting that Adcock would depart.

Delimiter understands that Adcock’s responsibilities at the NBN company had been gradually diminishing over the past several years, with NBN chief executive Bill Morrow not seeing the same need for a chief operating officer at the NBN company as his predecessor Mike Quigley.

In addition, it is believed that Adcock believes he has accomplished much of what he sought to achieve by joining the NBN company and was not leaving to seek greater challenges.

Adcock will leave in early 2016, and has immediately moved into an advisory role reporting to Morrow until his departure.

Morrow said in the NBN company’s statement that he appreciated Adcock’s contributions to the company. “Greg leaves the Network Engineering and Deployment team with strong leaders, ready to scale and accelerate the build of the nbn™ network,” said Morrow.

The NBN company said that over the last two years, Adcock had led the successful rebuilding of its delivery partner relationships, the stabilising and ramping up of the FTTP build program, the kickstart of the FTTN build, and the launch of the company’s first satellite.

Adcock thanked his team for their commitment over the past two years saying: “I am pleased to have been a part of the leadership team driving the progress made over the last two years. I can’t thank the NBN team enough for their focus and dedication and I will watch their continued progress with pride.”

Peter Ryan, described as “a veteran of the telco industry”, and previously Executive General Manager Regional Deployment at NBN, will step into the interim role leading the Network Engineering and Deployment function at the company while a search is undertaken for a permanent replacement for Adcock.